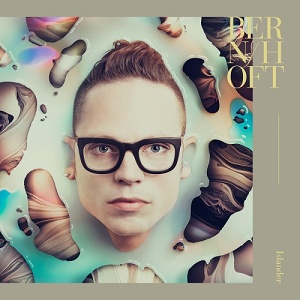 It’s easy to see the appeal of Jarle Bernhoft. His mix of soul and funk is easy on the ear, and Islander contains some nice tracks, but it’s all too safe with nothing ground breaking.

In his native Norway he’s a big star with number 1 albums and voted Best Artist and Male Artist of the Year at their version of the Grammys. He’s had over seven million YouTube views. In America he’s recently appeared on the Ellen and Conan shows, they seem to like him too and the US audience is probably tuned for him even though they insist on including him into today’s faux interpretation of R ‘n’ B.

On Islander, his third album, he breezes through eleven tracks. Make no mistake he’s good, decent enough vocals and catchy songs from the Nordic multi-instrumentalist. He’s clearly been influenced by the likes of Stevie Wonder and even Sly Stone and he’s not afraid to let us know.

Opening track Come Around With Me starts the album with an instantly melodious number. Shades of Terence Trent D’arby and a pattern emerging – history. Whilst Bernhoft is clearly a talented guy, it is terribly dated even with modern effects and occasional blips and bleeps. New single Wind You Up dares to be potential different with his attempt at beatboxing (yes, remember that?) and a near acapella track with handclaps, deep backing voices and funky guitar.

A duet with Jill Scott on No Us, No Them is again uncomplicated and far from earth shattering. It’s a shame, as for a man with such a great voice and able to write such catchy tracks could really stretch himself if he wanted to and come up with something slightly more adventurous. The sound of Islander is clearly 60s and 70s inspired.

Perhaps the most enjoyable tracks Arsy Skit and Chale Skit are live jams of no more than two minutes between them. They show a human side and a lot of fun. Perhaps developing these into full length tracks would have been a good idea, and is a trick missed.

There’s very clearly an audience for this sort of stuff and it’s easy to predict who that audience is. Penultimate track EISWALK again shows some originality but it’s all lost again on closing track I Believe In All Things You Don’t, a ballad of uninspiring content and blandness.

I wanted so much to like this album, if only for Bernhoft’s wicked haircut, but alas, a nicely coiffured Mohican does not a great album make.