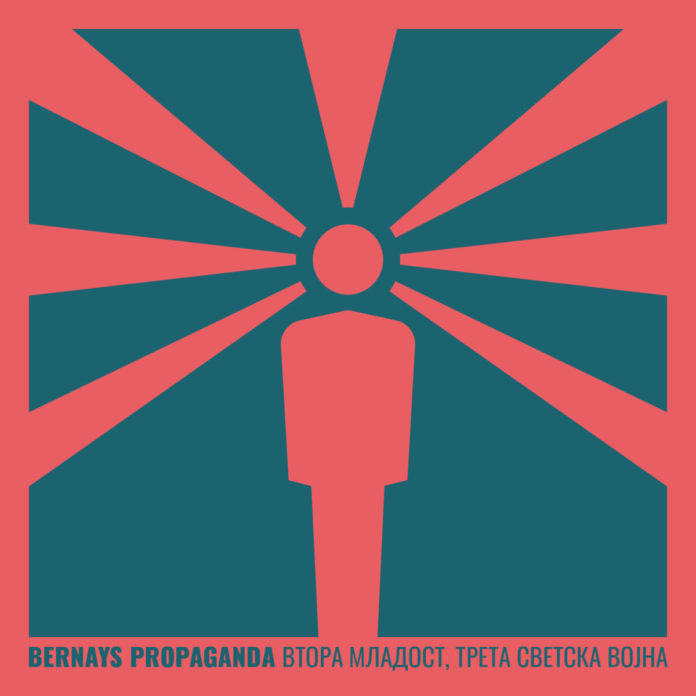 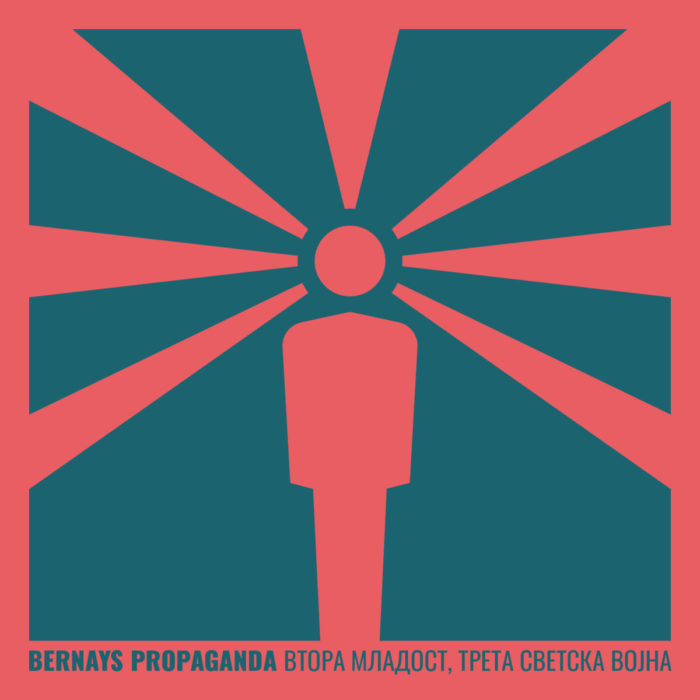 One of the most interesting (and prolific) labels about is Balkan Veliki; a one-man-and-his-dog outfit operating out of Skopje, Macedonia, run by Bernays Propaganda guitarist Vasko Atanasoski. To say the garrulous Atanasoski oversees a prolific release schedule is an understatement. In fact, it’s nigh on impossible to keep up with it, which is a shame as you could postpone all other musical commitments and lose yourself in the wild and colourful world he conducts. One release you should pay attention to, however, is this new one from his “main” band, Bernays Propaganda, co-released with the great Slovenian underground label, Moonlee Records.

The title (2nd Youth, 3rd World War) is classic Bernays; and Atanasoski and singer Kristina Gorovska play on the front foot from the off, addressing the burning issues of their country and region. Twas ever thus, no pop rose is without its thorn in the world of Bernays Propaganda. Though I wonder whether the “youth” in the title refers to the inextinguishable Atanasoski and his full-beam outlook on life. Certainly the uptempo feel has an affinity with their 2011 LP, My Personal Holiday. Maybe it’s also because of internal “band stuff”, marking a journey that seems to have come full circle; from chrome-plated rockers with a short fuse to a simple electro pop trio to a full-on pop rock band again. After the stripped-down band that made and toured the elegant, but self-effacing Politika we return to a full line-up and one with more pop nous (maybe courtesy of keyboardist and Xaxaxa guitarist Deni Krstev).

And certainly this makes 2nd Youth, 3rd World War a very flexible pop record. The openers ‘Retki Bilki’ and ‘Dojde Zivot’ are cases in point; a lovely mix of cod-brass and classic electro pop. They simmer away nicely, coaxed along by Gorovska’s velvet-smooth vocals, with the repetitive nature of the horn parps putting me in mind of King Ayisoba or Zea. At times with tracks like the gloriously itchy, quirky ‘Ne Sme Fini Eden So Drug’ I thought I was listening to the Tom Tom Club, or noughties acts that upgraded that particular funk-pop template, such as CSS. The only Bernays” track that sounds like the old Bernays is probably ‘Kerka Na Gladot’, blessed with a mid tempo beat not unlike Joy Division’s ‘Colony and some fabulous cooing from Tina. It’s a superb track. The Mike Watt/Toni Kitanovski collaboration is a surprisingly short mid tempo strut, but with just enough sizzle. And at times we venture further into electro territory, jazzy, clubby inflections are heard in ‘Zloben Funk’ and the downbeat ‘Vezbaat Drzava’.

Of course – given the band, given the record title – lyrical content is not always sunny. Unsurprisingly, civil disobedience and human rights were always high on the band’s agenda. The rap about Soros featuring rapper Volk Makedonski, ‘NATO vleguva vo Skopje’, contains an argument I can’t really fathom, but then I’m not Macedonian. It’s a great piece of music, a classic funky shuffle and, like everything they do, worth your time.