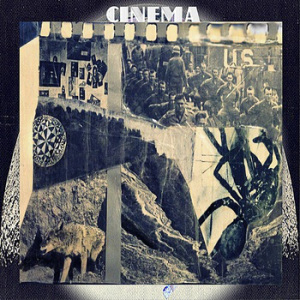 It’s always enjoyable when someone dares to come along with something different or in a style of their own. Bernaccia have done just that with their superb new EP, three tracks of immeasurable quality.

Sometimes sounding like a bastard mix of The Doors, Echo & The Bunnymen and Hipsway with equal amounts of blues and roots, they swagger through this mini collection like a group that have been around for donkeys years knowing exactly what to do and where to do it.

Opening track Armada (see below) takes you be surprise. Straight into a bluesy swing with gripping guitars and vocals that are raw and polished. With a catchy guitar hook seeing out the track, it’s almost Burundi beat carries on into the ‘lead’ track Circuit Ryder with its startlingly aggressive chorus line it has enough twang and oomph to satisfy the most critical of onlookers.

The strongpoint of Bernaccia seems to be their ability to launch straight into a track with no messing around, grabbing your attention from the off. EP closer and highlight No Home For The Buffalo could be the soundtrack to a twenty-first century Western movie. Again superb guitar and stomping bass meet rolling drums and almost Kasabian vocals complete with Cherokee chants and shouts.

There’s a sound to Bernaccia that you may not have heard before and it’s exciting. The EP promises to be the first of three in a single-a-month order which is nothing short of tantalising.

Early contender for single of the year and a band to watch out for.