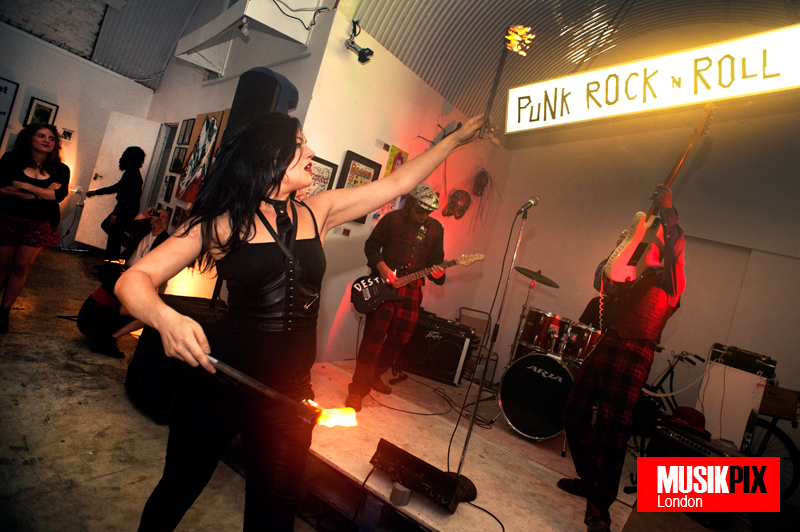 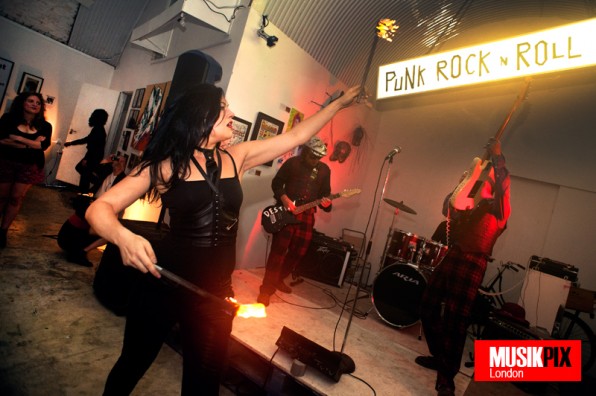 Louder Than War’s Luigia Minichiello reports back from the launch party for the Punk Rock n Roll Artshow in central London. Curated by the Bermondsey Joyriders you’ll have to be quick if you want to catch it as it closes on the evening go 26th September 2014. 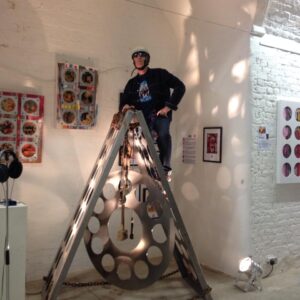 Safety pins off to the Bermondsey Joyriders for curating the punk rock n roll art show.  The concept was pretty straight forward – if you played in a punk rock band and have an artistic ability, well you can exhibit your original artwork for one week only in this pop up art show.

Punk musicians turned out in full force with over twenty musicians who provided artwork, sculptures, film, clothing and even a sound structure that created a rich and colourful mix of textures and talent all at affordable prices.

The launch party took place at the Underdog Art Gallery, SE1 Friday 19th September 2014 with most of the artists exhibiting on hand to talk about their art work with art collectors and music lovers alike.

Also exhibiting at the show (but not in attendance) were David J Deaves – Queen B, Danny Garcia film producer – ‘The Rise & Fall of The Clash’ and ‘Looking for Johnny – the legend of John Thunders’. 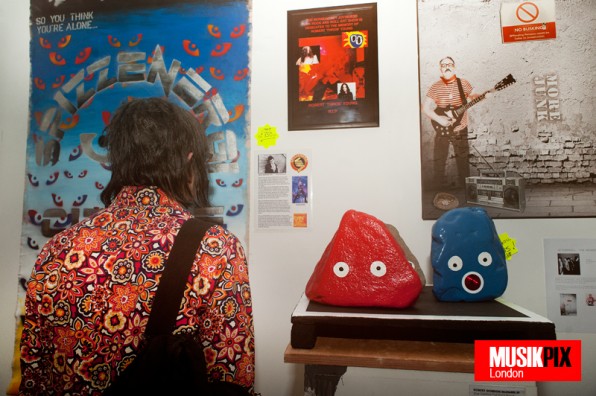 The crowded gallery were treated to demonstration of controlled aural feedback by Bermondsey Joyrider, Martin Stacey on his Sonic Sound Structure no.4 – which generated a tinnitus inducing reverb within the gallery space.

As the chilli beer continued to flow through the chatting crowd the Hackney Secular Singers  in their trade mark red threads gave rousing acapella renditions of  ‘Ever Fallen In Love’, ‘Another Girl, Another Planet’ and  encouraged audience participation with ‘Teenage Kicks’  – they duly obliged and it was surprisingly tuneful . 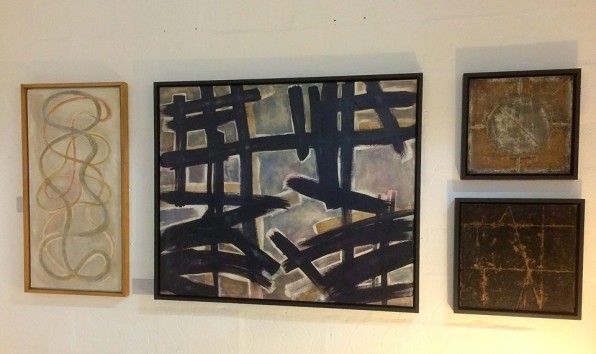 The Bermondsey Joyriders followed with a reeling dark haired fire eating mistress to perform a piece specially deconstructed for the art show. Gary Lammin provoking lyrics were blended with chaotic guitars and thundering drums. The performance was interrupted by a stage invasion of gorillas aka The Action Men who then smashed the band’s instruments. The remnants then formed an art piece for the duration of the exhibition.

Spizz Energi took to the stage in a feast of illuminations including flashing light teeth and then launched into his 1979 hit “Where’s Captain Kirk?” and followed on with infectious social commentary  new single ‘City of Eyes’. 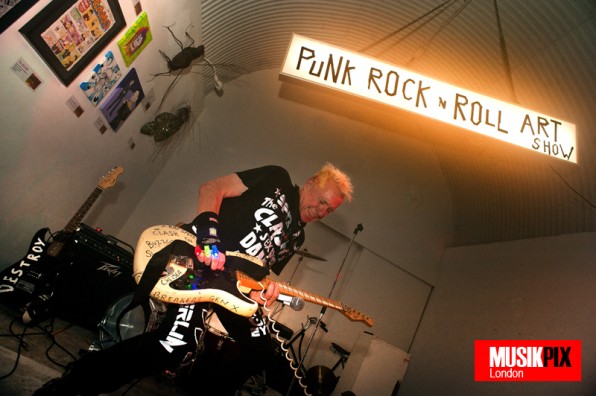 The Bermondsey Joyriders Punk Rock n Roll Art Show set out to deliver art, music, creativity and anarchy and they did this in bucket loads. They hope to make this an annual event and with the quality of the art and array of fantastic works on display – they are certainly onto a winner.

Go see the art show and support the talented punk rockers who still impress before it disappears.

Bermondsey Joyriders will be performing at The Barn, Gosport 11th October

Spizz Energi – ‘City of Eyes’ single is out in October.