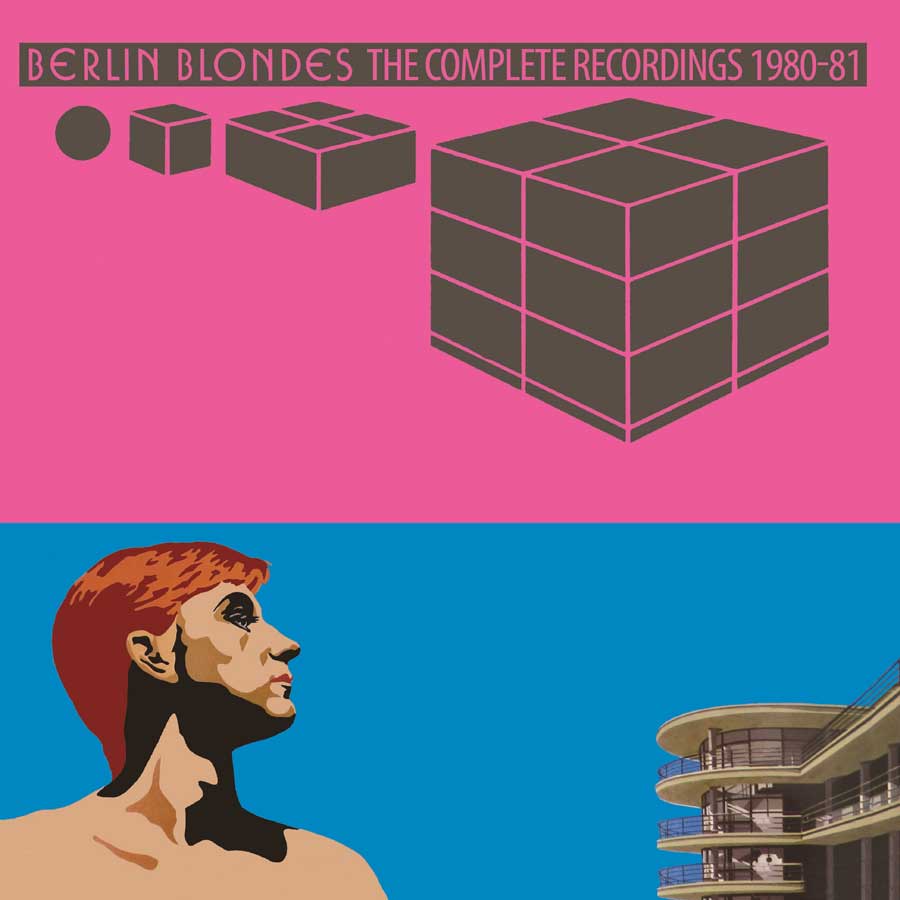 Punk might have kicked in the doors, but a whole new world opened up when the folk stirred up by that first wave began experimented with electronics. By 1978 that initial Punk upsurge was tapering out and people were looking towards other ways of expressing themselves, including harnessing that energy with synthesisers. In those days these instruments were still pretty primitive from our point of view in 2018, but at the time the gamut of new sounds available was mind-blowing. David Bowie’s futurist escapades in Berlin had a big influence and the trail had been blazed mainly in Germany, where Kraftwerk and Neu! had already been tinkering with the new technology for a good few years.

In the UK Ultravox! had been among the pacesetters, with John Foxx at the helm they had released three albums marking out new ways by 1978, with Cabaret Voltaire’s experiments in sound in the same timeframe also making a mark then. A Bowie-centric scene spring up around the Blitz club in the same year (Jah Wobble noted that the Punks felt a little peeved towards these youngsters, just as the older rockers had when the Punks themselves invaded the Speakeasy), but the floodgates truly opened in 1979 when Tubeway Army’s Our Friends Electric hit the top of the charts. Gary Numan was a big fan of both Dave B and John Foxx and it showed. The record companies, sensing a new fad, predictable went bonkers signing anything with an electronic pulse.

EMI, still sore from the Pistols fiasco and keen to shed their image as a load of old duffers, weighed in for a band of hopefuls from Glasgow called Berlin Blondes. The Blondes had predated the craze by over a year, coming together in the pivotal 12 months that made up 1978 with a line up of singer Steven Bonomi, bass player David Rudden, Robert Farrell on guitar and Jim Spender operating synths, as a drum machine held down the rhythm. They had built up a good following in their hometown and favourable gig reviews in the then powerful music press meant they were a pretty hot property when they signed on the dotted line with EMI. The link at least was profitable in one way, as it led to the band collaborating with Mike Thorne, who had produced some early Sex Pistols sessions and all of the Wire albums.

With Thorne behind the boards the Berlin Blondes set about recordings their debut (and only) album. Sessions did not run that smoothly, with Rudden quitting and going onto form the band Endgames. The first fruits of the union emerged in early 1980, the catchy and bright Science single. Though not a hit, the record promised much for the future and the self-titled album was released in the late Summer of the same year. Framework, another one of the Berlin Blondes more commercial numbers, also came out on 45 around the same time (I swear that is the sound of the Galaxian arcade game on there!).

The album included the two single a-sides, but other than that it was all fresh material. Romance is an atmospheric beatbox-driven piece of Electro strangeness and there are hints of the decadent and more outré side of Glam in Bonomi’s mannered vocal style (which sometimes had hints of early Devo or even the Residents about it) and their lyrics, particularly on the waltz of Astro. The minimal chill and paranoid lyrics of Mannequin (an instrumental version, which backed Science on single release, is here too as a bonus) is neat and the following Neon Probe also has an ice-cold cool to it. The slow burn of the lengthy Zero Song could have been their anthem, an end-of-the-set arms aloft of thing, if that was allowable in Electropop. Whatever it made for a theatrical and very good concluding piece to the record.

Overall it is a pretty decent LP with a good deal to recommend about it. The only thing is once or twice it might have been an idea to rein in the vocals a little, but I suppose that was all part of the Berlin Blondes own peculiar charm. Also, one thing I tend to forget is that a lot of early Electronic stuff had quite a bit of guitar on it and Robert Farrell is on great form here, making the Blondes a much tougher proposition than the average New Romantic chancers. Some seriously Funky bass too!

Despite the album’s quality it wasn’t the chart hit EMI was looking for and the Blondes were dropped by the label towards the end of the year. Re-grouping with the additions of Alasdair Gowans (a straight replacement for Rudden, after a few interim Blondes in Russell Barrie and Nick Clarke) and drummer Brian Miller, the band persevered and in 1981 released a single on Scratch Records Marseille before finally splitting for good. Of the band members Jim Spender (aka Jim McKinven) joined Altered Images for their years in the charts and later was part of dance combo One Dove. Mike Thorne went on to enhance his synth credentials further with Soft Cell’s excellent Non-Stop Erotic Cabaret. Indeed, the more sparse elements of this LP could be seen as a dry run for Marc and Dave’s original statement of intent.

Also included on this collection are various single takes (the racing 7″ take of Framework is a real winner and the 12″ isn’t bad either). Zero Song gets an instrumental reworking, as does Mannequin as Manikin, but the real point of interest for me was the single that came out on Scratch Records in 1981 Marseille/The Poet. The top side sees the band moving more towards the sound of classic Magazine, very dramatic and striking. Now this was possibly not the most trendy noise around at the time of recording, but the tune sounds great now. The Poet on the flip isn’t quite as strong, but is beaty and danceable with again some sparky guitar work. On this showing a second LP could have been great, had the band stayed together.

I’m pleased that this album and associated works have finally been given a reissue after all these years. I have to admit was only vaguely aware of the name at the time and subsequently missed out on the Berlin Blondes. My loss, because they had some fine tunes and novel ideas and this new collection is very listenable, with the tantalising glimpse into what might of been with the Scratch single. They wouldn’t have been out of place in the charts of late 1980, but probably missed out because they didn’t quite stand out enough from what was a crowded field back then. Band stability and the machinations within EMI at the time probably didn’t help, but now that doesn’t matter as the Blondes sound fresh, muscular and lithe, taking to the brave new world of the 80s with verve and gusto. Here you can hear a future that never was, but it is as pin-sharp, bright and bracing as one could have hoped for.