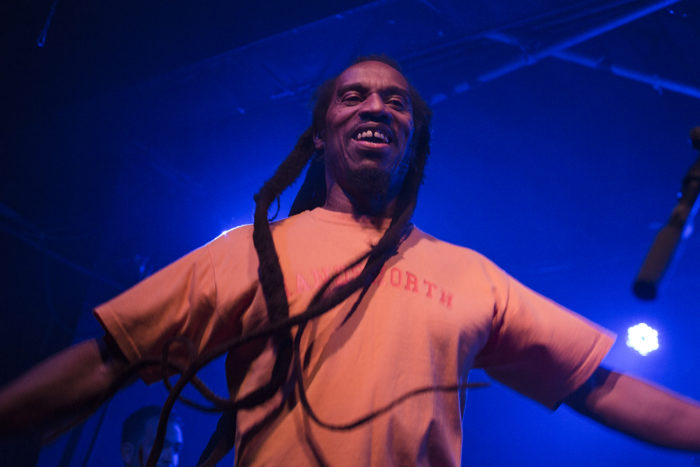 Benjamin Zephaniah and The Revolutionary Minds
Trinity, Bristol
16th May 2019

Benjamin Zephaniah doesn’t mince his words. Never has done. The dreadlocked dub poet from Handsworth has railed and campaigned against injustice and for change since the early 80s. As an anti-imperialist he famously turned down an OBE in 2003, and now in our current political sewage he has much to declaim against.

Before he does tonight young soulful London hip-hop artist Amy True, a member of Zephaniah’s Revolutionary Minds, gives impressive support with a voice that reverberates around excellent dubs and the scattershot drumming of Giuliano Osella. “I should’ve been a comedian,” she says and her charismatic stage patter and presence certainly supports that. But in between the bawdy banter we get a searingly honest and determinedly defiant song about a rape experience she suffered, before the uplift of her appropriately titled last number Elevate. 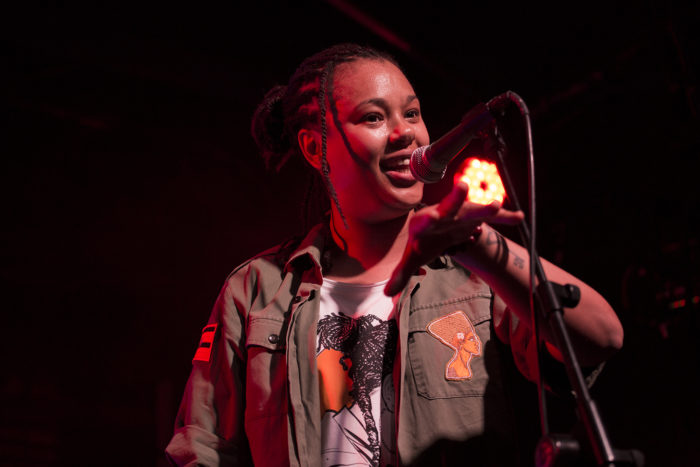 “Benjamin Zephaniah is gonna bless this stage after all the filth I’ve been laying on it,” is her introduction to the flailing locksman who bounds on, with her and the three other Revolutionary minds in tow, and tears into the ebullient roots rock reggae of Earth Liberation Sound.

“We are here to engage with your revolutionary minds,” says BZ as they go into I Am A Revolutionary complete with a Matt Damon vocal insert about how our political systems are ripe for overthrow and change.

Trump and other world leaders are next on the agenda to get a vocal lambasting with President, rising knife crime the next with Cool Down…you get the picture, a song about Stephen Lawrence and another for animal rights – More Animal Writes, “for all the vegans in the house” – all off the re-released Revolutionary Minds album follow. But this isn’t mere postulating and pontificating po-faced polemic, this is impassioned, wry, humorous as well as serious, criticism of the indigestible topics of the world we live in today. All delivered by a three-piece of keyboards/effects console, drum and bass that are as sharp as shantytown Jamaica.

Powerful Spiritual embodies the spirit with a pounding reggae rhythm topped by Amy True’s soulful rap while Zephaniah dances freely and ebulliently in the audience. “See what kind of talent I hang out with,” he says warmly of his co-singer. The celebratory feel continues with The Bass Is Coming Down, Uprising Downtown and the Augustus Pablo feel of the melodica-led One Tribe. They encore with A Little Revolution. “It is possible to dance and think at the same time,” as he rightly tells us. 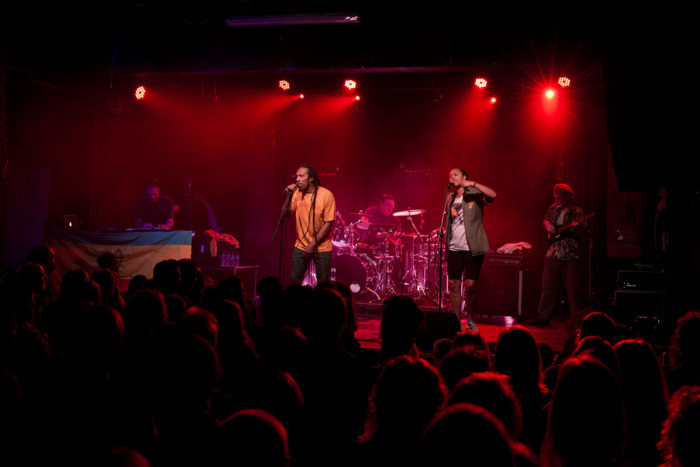 For album information on Amy True go to AmyTrue. You can keep up with Amy on Facebook and Twitter

More writing by Elfyn can be found at Bristol In Stereo