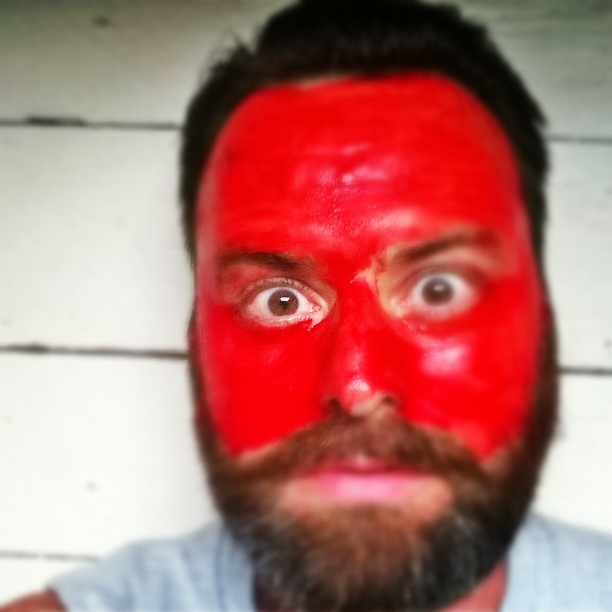 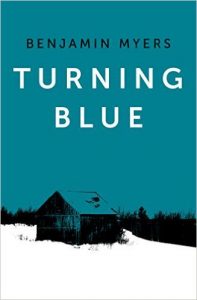 Benjamin Myers will be best known to Louder than War readers through his debut novel Richard which re-imagined the final days of Richey Manic before his mysterious disappearance, but this is his first crime novel.

Since delving into the world of pop he was familiar with as a former writer on Melody Maker, Yorkshire based Myers has developed a reputation as one of our best youngish authors, who has a particular gift for writing about the colours, sounds, rhythms and creatures of the British countryside.

But he is just as interested in the rituals and secrets of closed worlds like a remote farming community, or underground special interest groups, which he cleverly brings together in Turning Blue.

A young girl goes missing on the wintery slopes of the Yorkshire Dales and obsessive detective Jim Brindle is brought in to find her. Also hot on the scent is disgraced former London hack Roddy Mace who is looking to crack the case as his break back into the big time.

Their uneasy bromance is the heart of Turning Blue as they try to win over hostile local villagers and break a conspiracy of silence that goes right to the top of the establishment as they search for clues.

Suspicion soon falls on local oddball Steven Rutter who lurks around the Dales where the girl went missing, but what exactly is he hiding on his derelict farm?

During the long gestation of this novel the Jimmy Savile case broke and Myers rewrote it to include ‘Lucky Larry’  Lister – a familiar sounding seedy TV has been – who is part of a shady web of depravity that links the rural and urban worlds.

Not only has Myers managed to retain his genuine gift for writing about the countryside – despite some quite explicit diversions into the sexual underworld – but in Brindle he has created a detective who is troubled, and thankfully not just by the tired clichés of drink, drugs or divorce.

Even better although the plotline holds together he doesn’t insult our intelligence with the usual easy, moralistic tying up of all the loose ends where the ‘villain’ gets their comeuppance and all the characters are redeemed in some clunky fashion. In fact, the opposite happens which is exactly what all crime story connoisseurs long for as open endings are far more interesting.

Turning Blue does work as a proper all fashioned page turner, but Myers has created a new genre – Dales Noir – with echoes of a great like James Ellroy. But it is firmly rooted in a bleak Britain we ignore because we would rather leave the search for uncomfortable truths to outsiders like Brindle and Mace.

Turning Blue is out now published in paperback and eBook by Moth Publishing, Please support your local independent bookshop.

~
Benjamin Myers can be found online here benmyers.com. He also tweets as @BenMyers1.