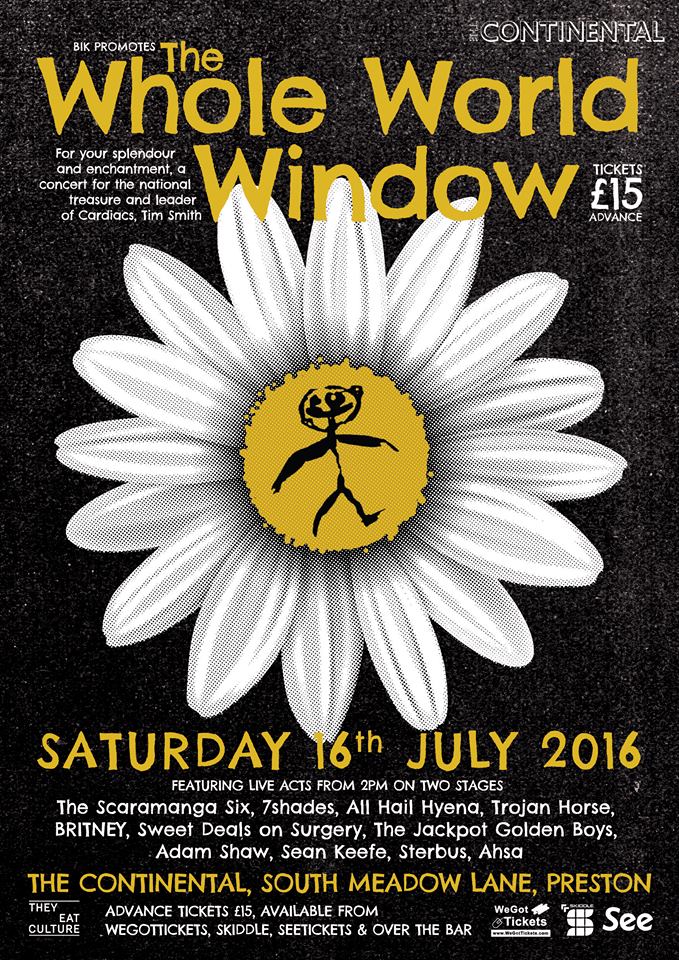 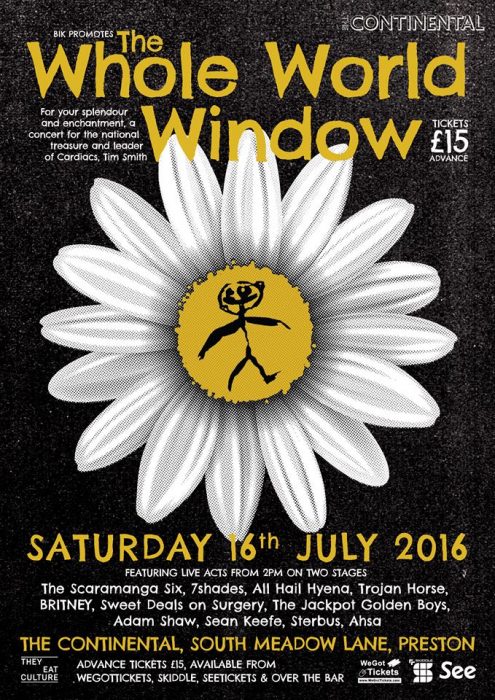 The Whole World Window is a fundraiser concert for the leader of Cardiacs, Tim Smith who is fighting a daily battle to get better after being taken ill back in 2008.

This special one off concert will start around 2pm on Saturday 16th July at the New Continental, South Meadow Lane, Preston, PR1 8JP

All monies raised will go directly to Tim.

This long player contains rare and exclusive tracks from the bands playing the concert, plus unreleased donated tracks from other Cardiacs aficionados and other secret bonuses.
The album will also be available to buy only at the concert.

Ticket holders will also receive a limited edition poster of the show, confetti, daisy seeds, badges, stickers and even a themed newsletter (a nod to the Cardiacs concerts of yesterday where confetti was liberally showered on the band and cassette albums only available at their live shows).

All the bands involved have been inspired by Tim Smith and give their time graciously to the cause.

Performing at the all day concert for Tim over two stages will be the following :