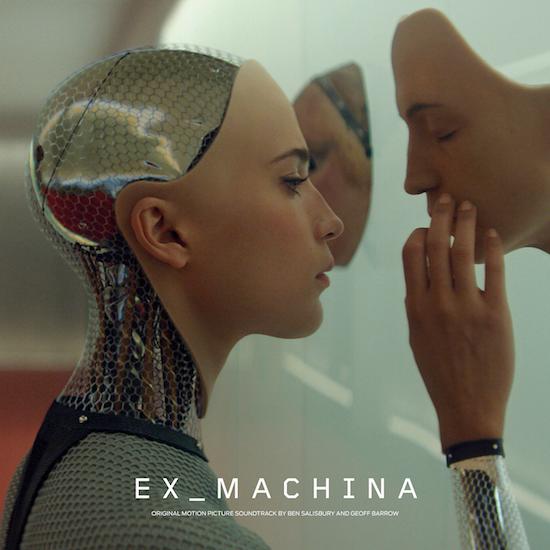 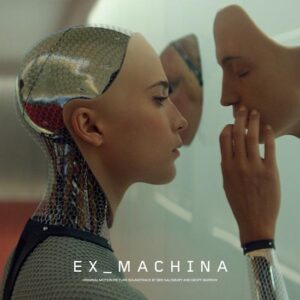 Due out late April / Early May

The last fruits of the Salisbury/Barrow relationship was the frankly outstanding DROKK Music Inspired By Mega – City One album that was originally intended to soundtrack Dredd and instead came out as a separate release.

This time, the duo score the first full-length feature by writer Alex Garland (The Beach, 28 Days Later), and it sees them create something that is ethereal, malevolent, and completely all encompassing.

Throughout its running time, Ex-Machina manages to not only place you at its centre, but also invoke dream states where nothing is really as it seems.

‘Watching’ and the epic ‘Falling’ introduce the wizard behind the curtain as within the synths and drones there are fluttering guitar lines that make the whole thing seem like futuristic folk music (maybe in a few centuries people will be looking at electronica AS folk music…I digress). They both contain moments of chrysalis beauty that slowly unfold, threatening to burst out but each time you start to reach the light you are plunged back down into the swirling dark. ‘Watching’ reminds of dark nursery rhymes told in folklore by those brothers that were Grimm in which chimes, on the surface, are there to soothe and relax but in the end when the twilight appears become insidious and threatening.

Whilst these are cues that draw you into the world of Ex-Machina, ‘Hacking/Cutting’ is the true master of its universe – nearly seven minutes of cold, harsh, tribal sci-fi that starts as an ambient techno pulse before grinding and corroding into a stark industrial minimilistic classic. This is the moment the score forces your head under, refusing for even a second to let you up for vital air. A thrilling moment.

The rest of the score keeps us under the water with ‘The Test Worked’ and ‘Skin’ further examples of the magic that’s created when Salisbury and Barrow work together.

This score is a perfect example of something that enhances the film but is also just as effective if you have not yet managed to see it. These are not 30 second – one minute long cues that flit past you at a rapid pace, this is an album in the purest sense. Tracks are allowed to develop and a narrative is created. Storytelling of the highest order.

In a time when people are already announcing that the album of the year has been released (come on now, stop it please) Ex-Machina will most certainly be up there when the votes are counted.

All words by Simon Tucker. More writing by Simon on Louder Than War can be found at his author’s archive. You can also find Simon on Twitter as @simontucker1979.