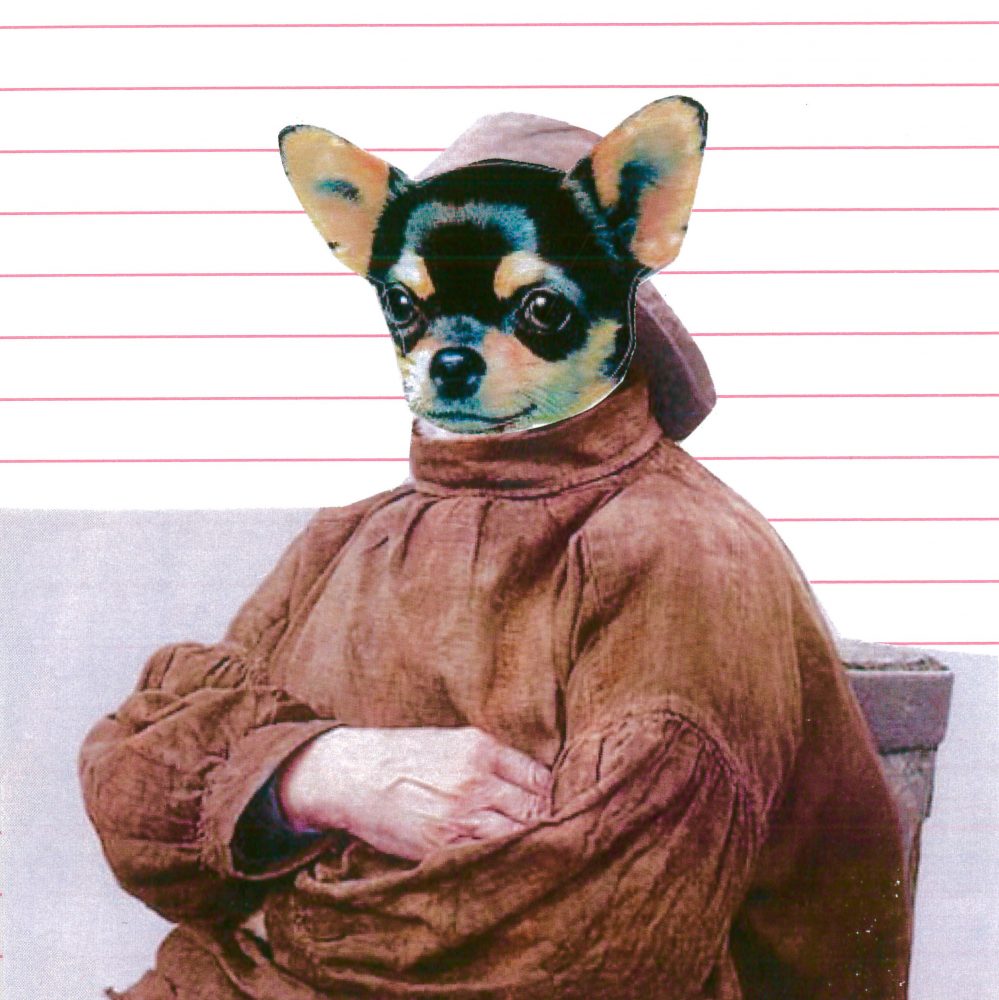 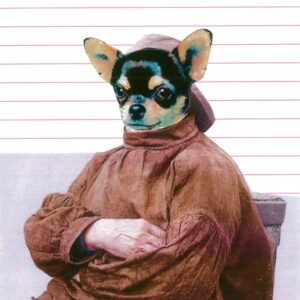 Back in 2014, Ben Mason self-released his album Dogs N Yaaa to widespread critical acclaim. The album has now been re-released by experimental avant-garde lofi noise label Recordiau Prin. Below is our original review by pastoral punk artist Nat Lyon.

Ben Mason is from Pembrokshire.  So it seems almost natural that his latest album, Dogs N Yaaa starts with the sound of singing birds. Maybe it’s a Welsh thing – I don’t know. But I needed him to explain this phenomena to me. His reply was that he’d picked up about 20 albums of bird songs from charity shops and “it was time to use them.” Albums of bird songs?  That’s a thing?

Depending on which track you start with – or if you give Dogs N Yaaa a very quick and cursory listen- this could quickly go into the acoustic folk bin. But this is one of those rare albums that you cannot simply slot. This is Ben Mason music. And it’s brilliant.

At 12 songs in 31 minutes, nothing is overdone on Dogs N Yaaa, no excess in the writing or performance.  When Mason gets into a groove, whether it’s one of the full-drone acoustic songs like the opener Trochilus Song or the hypno-electronic Willis Williams McJones-Edwards, the songs end at exactly the right moment – and the mix is near perfect.  Ben Mason makes succinct sonic statements, using a roomful of instruments and a couple of dodgy microphones and the end result is a very compelling album.

Sampled natural and acoustic instruments transition (sometimes with great subtlety and other times less so) to filtered and severely processed.  Add to the mix that Mason is a very inventive guitar player, songwriter, and engineer and Dogs N Yaaa is definitely not a folk album, despite the acoustic guitars.  Actually it’s an anagram for A Song A Day – the approach Mason took in writing and recording each of the twelve tracks. The songs that comprise the album were sporadically written over the course of a year, and there was no plan to release them – it just evolved.

In many respects, Dogs N Yaaa is winter music – and I was glad to have it as the snow was falling on a recent Monday morning.  As more snow fell, the landscape changed – that’s the same effect Ben Mason has.  There’s a level of introspection to some of the songs, such as the solo acoustic Untitled Feb 2013 (It’s A Shame) but this is no wilting folkie. Winston clocks in at just over a minute and provides a sonically packed and playful collage of mandolin, guitar, bass, “body sounds” and minimal percussion.  Taken to the extreme, Willis Williams McJones-Edwards consists entirely of sampled and processed vocal sounds that play like techno.  The songs range from near classical, graze folk and venture into the Eno realm.

There are some very striking similarities and influences that span genres that pop up when listening to Dogs N Yaaa.  In the guitar work, melody, and awkward self-consciousness of the haunting chorus – “they’ll find you out, somehow”,  the song Sue Kelele could easily pass as a newly discovered Elliott Smith gem. Like the others it’s extremely well mapped out yet takes those unexpected shifts in melody and timing that make them interesting.

It’s not hard to hear distant influences of Nick Drake’s finger-picking style on It’s A Shame and Cold Winter at Woodstock Farm, and there’s some very lovely Fripp-like electric guitar lines on the album closer, Fare Thee Well Oh Distant Son.  Mason’s constructed soundscapes show depth and variety and any similarities to other artists, past and present, are only passing references.  On Dogs N Yaaa he creates unique sounds and song structures, carried by a performance (considering he’s playing all of the instruments) that is first rate.

There’s nothing tentative in Mason’s playing or singing- the guitar work is strong when it needs to be and soft when it needs to be, his writing and playing always precise and highly creative.  And the vocals are what they are – him, and no one else.

Dogs N Yaaa is a collection of very honest songs, which present an impressionistic collage of sounds, emotions and partial feelings. We come away thinking that we’ve learned something about how this person thinks and looks at the world, and it’s complicated.

The most appealing aspect of Dogs N Yaaa, whether it’s the short brooding sections or the more raucous tracks like A Weird Tuesday Unedited, comes in its sounds and textures.  Electronics come in at odd times, and they work;  there’s static – and it works;  a microphone falls over and that works too; the odd re-processed and re-shaped organic sounds – they also work.   Some songs sound like they’re on the verge of falling apart, but they don’t – the slightly off time of the acoustic guitar in Fare Thee Well Oh Distant Son is held together with the vocals and a well-tuned electric line.

Dogs N Yaaa stands up to repeated listens it doesn’t get tired- you keep hearing new sounds and the random gear shifts within and between the songs. This one is on heavy rotation because it gets better each time I hear it.

You can stream and purchase the digital version of Dogs N Yaaa here.

All words by Nat Lyon. Find his Louder than War archive here and on Twitter.