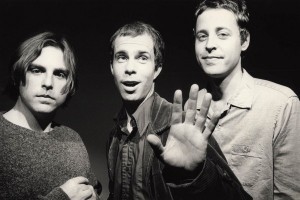 Yet another band appear to have reformed… is there anyone left to reform?

On the 29th January Folds posted a picture of himself along with both Robert Sledge and Darren Jessee, with the tag “NewBenFoldsFiveRecord,” ”â€œ this was followed a short time later by a second tweet anticipating a spring release. Furthe info leaked out confirming that the band is set to be in the studio through March of this year. No details as to a possible release label were announced.

Ben Folds Five first rose to popularity in the late ’90s with their single “Brick” they split in October 2000 under ”Ëœamicable circumstances’ ”â€œ Folds himself went onto a great deal of solo success, he was also somewhat oddly the co-writer and producer of actor William Shatner’s second album ”ËœHas Been’

Ben Folds Five reunited to record a handful of new songs for 2011’s The Best Imitation of Myself: A Retrospective, which was their first new recording since 1999’s The Unauthorized Biography of Reinhold Messner.