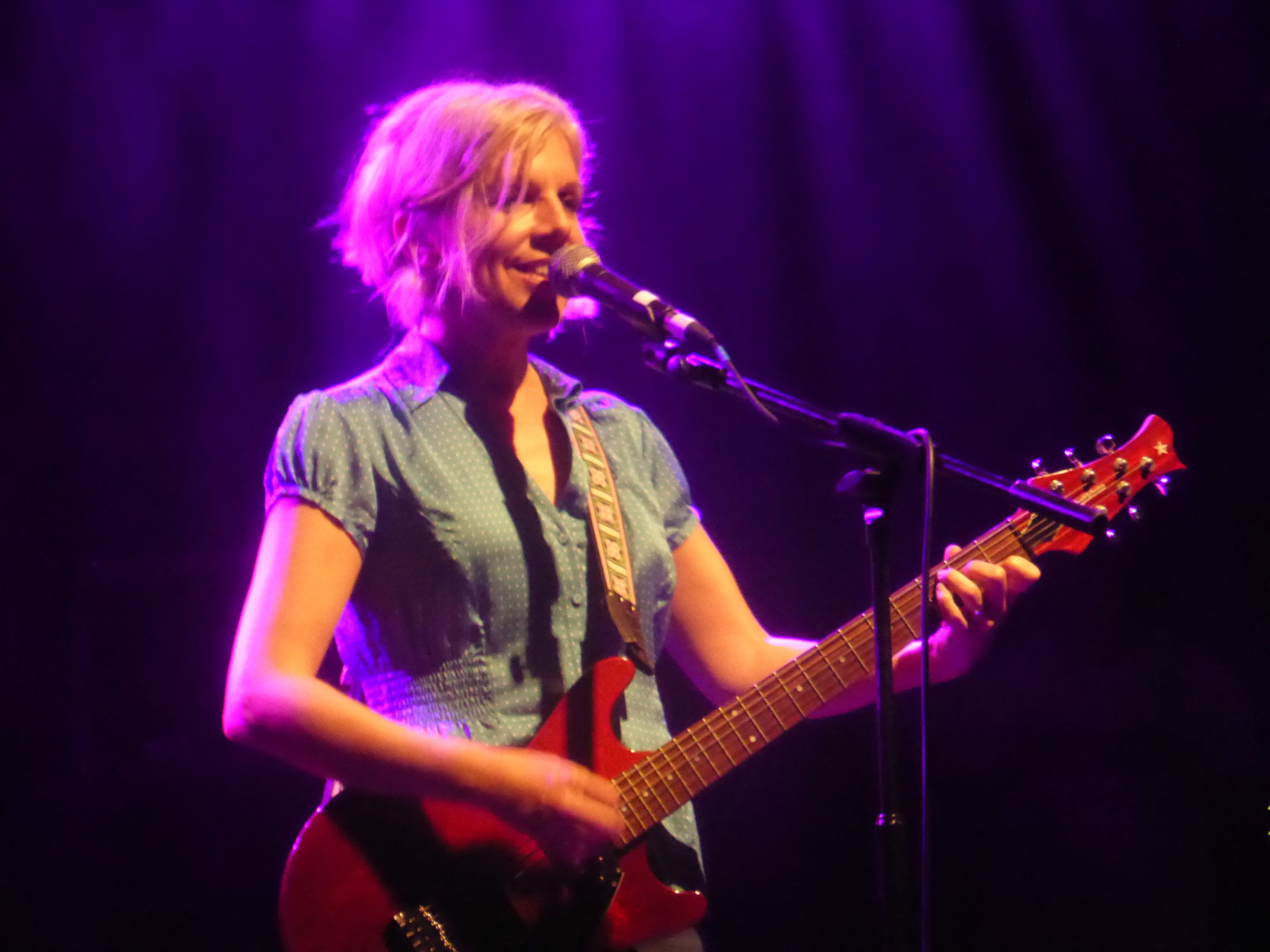 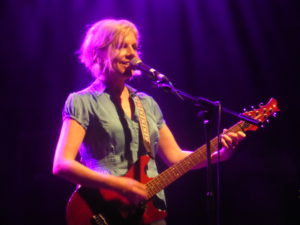 It’s been twenty one long years since Belly graced a stage before this triumphant comeback tour. Whilst lesser and less successful bands have ridden a bandwagon laden with treasures that they didn’t reap in their first incarnation, Belly remained, for all their fleeting two and a bit years in the spotlight, one of those bands that people talked about in revered hush tones as having captured a moment in time in that point around 1993 where the world revolted against Nirvana’s grunge revolution and looked for something softer and sweeter. Today, it’d be unheard of for a band that had little mainstream radio support and on an independent label to scale the album charts to number two, especially sweeping much more celebrated label mates out of their way to be the label’s most successful chart band, but that’s just what Belly did in that hazy wavy spring and summer. They’re back without that hyped frenzy that accompanied so many of their contemporaries, but in two hours they proved themselves to be, now as then, the cream of that crop. 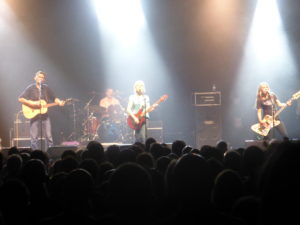 Twenty one years on and that four piece – Tanya Donelly (now Fisher) on lead vocals and guitar, the effervescently magnificent Gail Greenwood on bass and vocals and the unheralded duo of Tom and Chris Gorman on guitar and drums – have made their return. Fans of the band had for a long time given up hope of those halcyon days of 1993 to 1995 being recreated and contented themselves with the majesty of their two albums Star and King and an absolute plethora of additional material. But now, in the crazy world that is 2016, Belly have reformed. There’s none of that cash kerching feel to this though – their only concession to their catalogue is a magnificent and long overdue double marbled colour vinyl of their breakthrough album Star – the rest is very much, as Tanya tells us at the start as they tune their own guitars, DIY.

They split the night into two sets – as much to give us rest as them – as they work through over twenty songs from Star and King and the wonderful EPs that accompanied the singles. What’s clear is that Belly are no run of the mill band. There’s points where the moshpit heaves, bounces and sweats along to the likes of Feed The Tree, Gepetto, Red and Seal My Fate, their most noticeable singles, yet the moments where things are slowed down for the delicious Untogether, Judas My Heart and much loved b-side Spaceman that there’s an eerie silence in the Ritz that shuts up even the most talkative of casual fans. It’s a rare and magnificent thing that everyone in the room appears to know exactly why they are here. 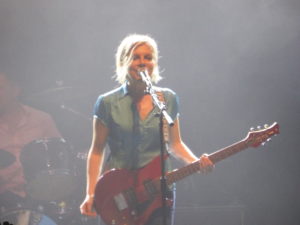 Tanya’s voice is as rich and deep as it’s ever been, equally at home with the radio-friendliness of Feed The Tree, Slow Dog and the songs that made them their name as it is with the delicious fragile nature of the quieter moments of the set, which command that silent respect. The last accusations of cash in that could be cast are promptly and unequivocally dispensed of by the inclusion of two new songs – working titles of Punish and Comet – that are mixed up amongst the favourites in the set. The latter almost begs you to sing along to it even though you’ve never heard it before – the hallmark of what made Belly so special so long ago and hopefully a precursor to a new record and more touring.

The grins on the faces of the band at the end tell their own story. Belly are a band back together for the sheer hell of making music together and having a great time. Their catalogue, albeit brief and consigned to a moment in time, stands up against anything in its genre or record label, either before or after. There’s so many reunions about money or a sense of getting proper recognition of the past, but this is purely, as it should be, about the music and a connection to the audience. 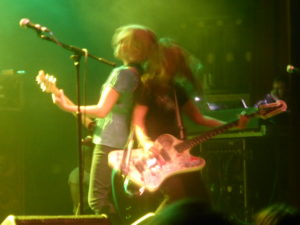 Belly always were a special band, detached from the grunge scene and the opening chapters of Britpop. Today they stand equally adrift from the masses of bands reforming for the sheer economics of it, they’re as beautiful, poignant and unique as they were in 1995 and the audience, which is a mix of old fans and those unfortunate to be born at the wrong time, absolutely love them as they stream out of the venue to the out-of-tune strains of the woo-hoo of Full Moon Empty Heart.

Belly’s official website can be found here and they are on Twitter and Facebook.  Their debut album Star has been reissued on deluxe marbled colour double vinyl this week.