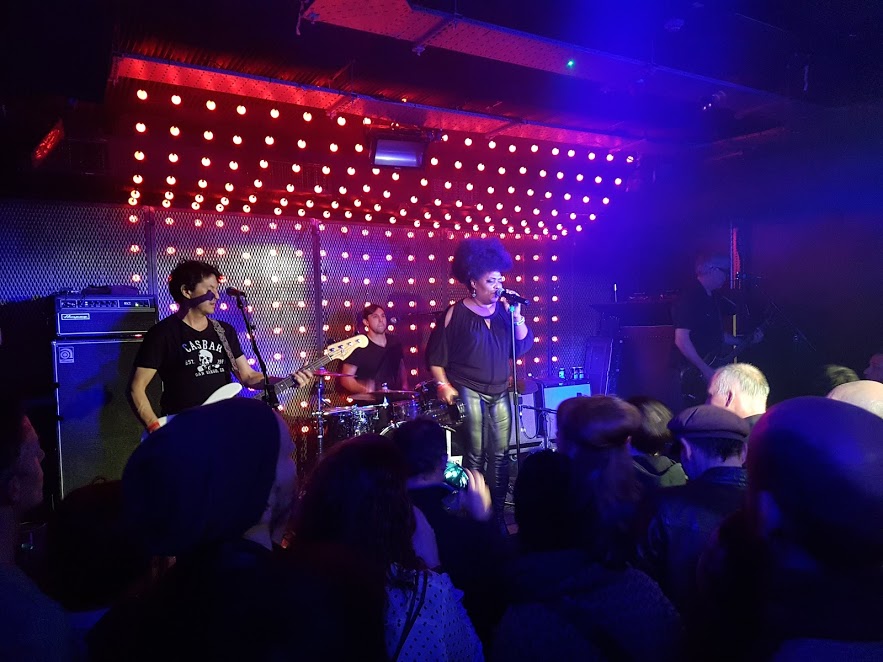 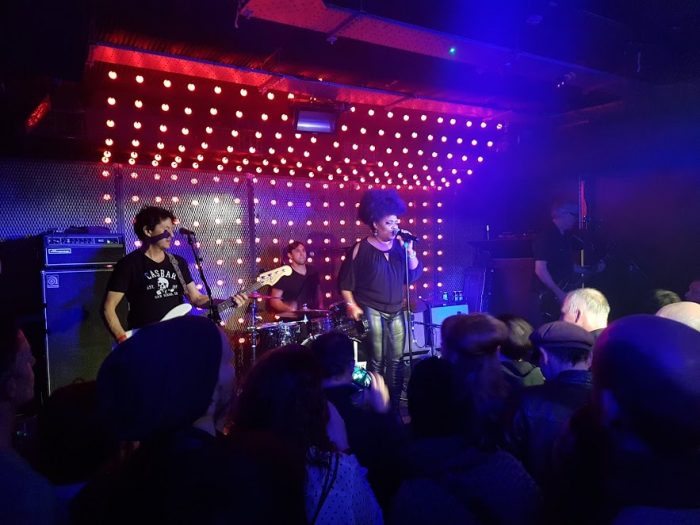 The Bellrays bring their Punk and Soul revue to London with the added bonus of French garage rockers Fuzzy Vox. Louder Than War’s Craig Chaligne reviews.

It was an early start at the Camden Assembly for local punk rockets Los Pepes who were in charge of opening the night. A spirited set saw them charging through songs like The Ramones on amphetamines. Next on the bill were French garage rock sensation Fuzzy Vox who were opening for The Bellrays on the whole of their UK tour (quite a coup for a French band). Opening for The Bellrays is certainly a double edged sword and the French trio amped up the energy levels for their set. Frontman Hugo Fabbri paced the stage like a man possessed and sung half the set on the floor winning the crowd over (as did drummer with the ladies when he took off his shirt). The band had limited time as the curfew for the evening was 10pm so they kept the songs coming. “Fell in Love With the World” and “I Want Drums” from the recently released “Ba Da Boom” EP brimmed with energy and the frantic “I Got a Girl” closed of their set with a bang. 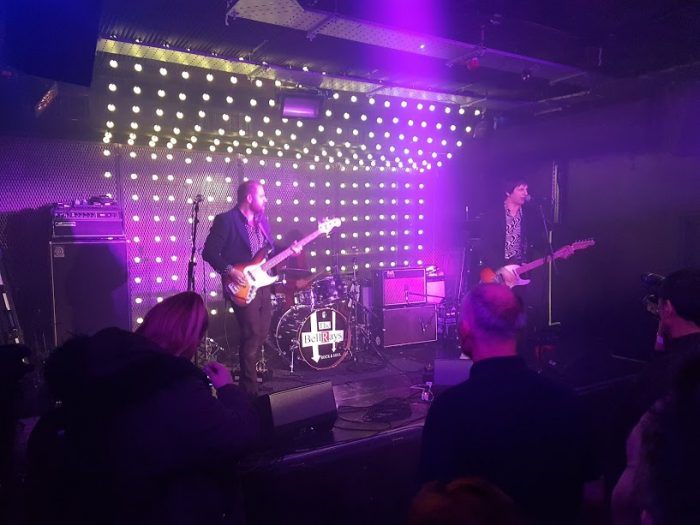 Sauntering on stage, The Bellrays were certainly a different beast than the last time I had seen them in my hometown of Le Mans in France almost 15 years ago. At the time they had been swallowed up in the “The” band craze of the early millennium rock revival. Bob Vennum was on bass (a splendid Burns Bison) and on guitar was the great Tony Fate. Sandwiched between an insipid french outfit and reggae singer LKJ (talk about a coherent line-up), the band had rocked the joint in spite of a poor turnout and a dead audience. The small room at The Assembly was definitely more suited to the band than the cavernous Le Mans venue and its an audience of converted that welcomed back the Californian quartet to London sporting an entirely new rhythm section composed of Bernard Yin on bass  and Marty Faragher on drums. Straight on opener “Bad Reaction” from the recently released “Punk Funk Rock Soul Vol 2”, the band was firing on all cylinders. Bob and Lisa hadn’t released any records under the Bellrays name since 2011’s “Black Lightning” and with renewed energy they returned to the kind of punk soul rave ups that are their trademark (“Mine All Mine”, “Soul Girl”). Bob churned out riffs and solos effortlessly while Lisa remained the commandeering stage presence she’s always been (you’d think twice about jumping on her stage). A quartet of tracks from “Black Lightning” represent a rare excursion in the back catalogue as the setlist concentrates heavily on their last two  releases (including an anthemic “Brand New Day”) while Bob Vennum took centre stage on a perfectly raucous “Johnny B. Goode”. Long live The Bellrays !!!