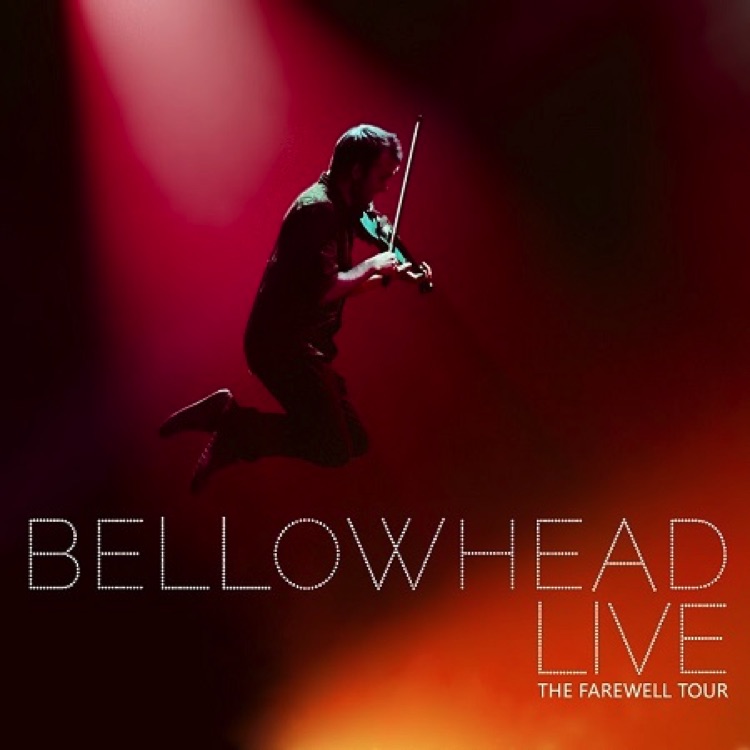 As the Spring of 2016 sees the award winning eleven piece folk big band Bellowhead finally reach the end of their illustrious road in the second part of a sell out tour, they do the decent thing and provide fans with a souvenir of  the final rounds of their exuberant live show. Two discs and a DVD should keep heartbroken fans reasonably sated as their heroes bid adieu and head into the sunset.

The outcry in the Summer of 2015 when Bellowhead  announced the decision to call time on their reign was something akin to the break up of The Beatles. Or Take That. Fans were distraught. Some will have wept and many more will weep come Sunday 1st May at Oxford Town Hall when they leave the stage for the final time.  Even at LTW we speculated that it might just be a break and like many bands who retire/call it quits/take a break, we’d see another incarnation of Bellowhead in the future (see article here), yet in hindsight, it does appear to be, as they say, it.  Of course, when you make a such a big thing of announcing a final farewell tour, sell out all the gigs and produce an album and film then it would be hard, never mind egg on the face embarrassing (“erm…we’ve changed our minds”) to reunite despite the attraction of a reunion five, ten, fifteen years down the line.

So here’s a set which stands as the souvenir of the first part of the farewell tour from November 2015. The full show at Leicester’s De Montfort Hall from   November 2015   provides the visual aspect. A seated audience sit reverential anticipation as the camera follows the trail from dressing room to stage, Spinal Tap style (wonder if they shouted “rock and roll” and “Hello Leicester”?). As the band file onto the stage, it brings to mind the superstitions of noted footballers – Paul Ince at Manchester United always liked to be last in line and remained shirtless until the very last moment before he left the tunnel. There are no topless shenanigans here, probably very little fuss to be honest as the band take their starting places in the shadows. An hour later, they’ll have shift all round the stage, up and on the blocks of multi-coloured ‘Pandemonium’ album designs and generally invading one another’s space.

Like most if not all concert films, it can never replicate the thrill of being there. On the other hand there’s the variety of angles you’ll never get from some nice crowd views from the side amidst the front of stage runner and side view from the monitor desk. It’s sensibly edited too with lots more lingering  rather than quick fire editing. A few sepia tints creep in on ‘Black Beetle Pies’ and ‘London Town’ although you can never have enough wide shots to garner the atmosphere, especially when the audience get to their feet – always a sign that the dials as well as the band are going to start jumping. Interesting to see too how the  stage production and set have moved on from their early days and the ‘Burlesque’ album stage show – bare and fashions bordering on charity shop chic – which now sees the stage festooned with decorated platforms, backdrops and a sophisticated and well planned lighting design.

Of course, it’s really about the music and the 2 CDs rather than simply replicate the Leicester set in audio form offer something different with a collection of 29 songs from across the tour, not necessarily in any sort of setlist order. It at least  allows the evolving and ever changing setlist to record the one off or rare performances of songs such as ‘The Wife Of Usher’s Well’ or ‘Sloe Gin’ tunes set  and ‘Jordan’ from the earlier days which popped in and popped out of the set. Weighted heavily in favour of the latter day Bellowhead, ie, the last three albums,  Andy Bell’s mix allowing for some separation in the instruments and voices sometimes lost in the live mix and the euphoria of the concert setting.

Away from the main spine of the set the unrecorded tune set ‘March Past’ proved to be a revelation, working its way into one of the coveted spots later in the set when all hell (within reason – this is a folk gig) could let loose. Ending the film  with the new to Bellowhead song  ‘Down Where The Drunkards Roll, by  Richard Thompson, it was a piece which closed the show in a well of dewy eyed melancholy – possibly a copyright issue? And a song which doesn’t appear to  be the set closer on the final leg of the tour which rolls on as we speak – perhaps it would be too much for fans t bear – never mind the band being able to get through it knowing the context.  A poignant moment indeed and a chance to appreciate that alongside the euphoric  celebrations  that Bellowhead have become famous for generating, when it comes down to it,  they are a damn good band.  As The Seekers would say, the carnival is over.