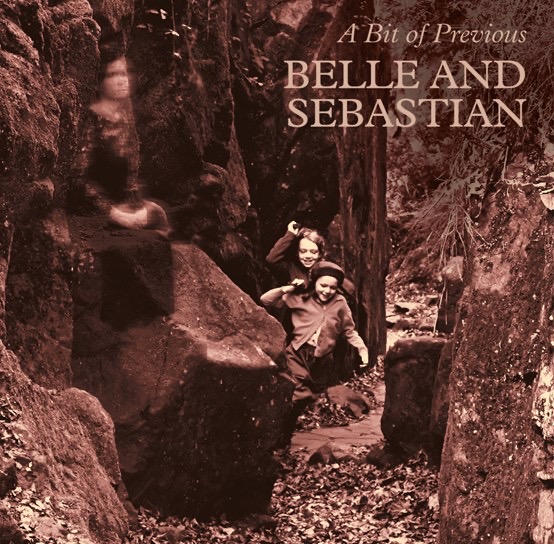 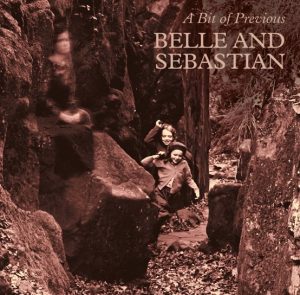 Belle and Sebastian: A Bit of Previous

Belle and Sebastian’s A Bit of Previous is their first studio album in seven years, and their 10th in total. is out now on Matador Records.

I was first introduced to the band in the mid-90’s. It felt like a secret club, people sharing tapes of radio sessions, the extremely rare Tigermilk album and early EP’s. They were spoken of in hushed tones, held in the highest of reverence… but then as the years passed, whilst loved, I think some of that initial mystique wore off. Possibly because they’d signed to a major US label, won the Best Newcomer at the Brits and started to tour more frequently… the secret was out.

A Bit Of Previous was recorded in Belle and Sebastian’s hometown of Glasgow. A decision which was forced upon them when plans to fly to LA in the spring of 2020 were scrapped due to the pandemic. Stuart Murdoch explains, “we did it together, us and the city”. This record is their first ‘full’ LP recorded by the band in Glasgow since Fold Your Hands Child, over 20 years hence. Fitting with the albums title, the songs feel like a nod to the past with a mix of influences from which the band have drawn since their earliest days. Don’t get me wrong, this isn’t necessarily Belle and Sebastian by numbers, but it is perhaps their most varied, yet familiar and consistent album in many years, possibly since The Boy With The Arab Strap.

The album opens with a couple of the three tracks which have been released to promote the album. Young And Stupid harks back to the 3.. 6.. 9.. Seconds Of Light EP, with Stuart Murdoch looking back on days gone by, before Sarah Martin (?) closes the track with a lengthy spoken passage. If They’re Shooting At You follows, this is “a song about being lost, broken and under threat of violence”. The key line is ‘if they’re shooting at you kid you must be doing something right.’ Murdoch explained, “When the situation in Ukraine first started to happen it became clear that the lives of the people there, and probably ‘ours’ too, we are never going to be the same”. Belle And Sebastian have pledged all income from the song, including streaming and digital sales, as well as publishing royalties to the Red Cross.

Talk To Me Talk To Me is pure euro-pop, awash with keyboards as Murdoch and Martin’s vocals intertwine in a breathless chorus before the Martin lead Reclaim The Night tells of a cross-generational everywoman trepidation; underpinned by a jaunty synth-led backbeat. Do It For Your Country is a moving ballad, reminiscent of Seymour Stein, it’s a a tender finger-picked paean to a lover whilst Prophets on Hold has an uplifting funk/disco element.

The second half of the album begins with Unnecessary Drama, the lead release from the album. It’s one of the ‘heaviest’ tracks the band have ever committed to record. Every time I hear it though I still think it’s going to morph into Church OF The Poison Mind by Culture Club until the vocals begin. Murdoch explains, “the song is about a young person experimenting in being a human again after a forced hiatus”, says frontman Stuart Murdoch. “The person is weighing up whether or not it’s worth the mess! Still, you dip your toe in and it becomes delicious, and you get too much of it. Between trouble and nothing, we still choose the trouble.”

Come on Home is a smooth, breezy piece which packs a lyrical punch. It addresses the subject of age again but pleads “Give a chance to the old / Set the record straight on the welfare state / Give a chance to the young / Everyone deserves a life in the sun”. A World Without You is another Martin lead piece; which is textbook Belle and Sebastian.

The real gems on this album are the three final tracks which almost feel out of place, however, the fact they are here enriches A Bit of Previous. Stevie Jackson’s country-tinged, Deathbed of My Dreams is possibly my favourite track. It’s a lovelorn country waltz which Neil Diamond or Jim Reeves would be proud of. This is then complemented by the gentle, swaying Sea Of Sorrow which sees Murdoch’s vocals stretching and at their most bare and affecting. Working Boy in New York City brings proceedings to a close, “existing in a parallel universe where the band did in fact make it to California – such is the escapist bliss of its sloping flute and bittersweet funk”

So what is A Bit of Previous? I’ll leave that to the band… “It’s a bit of everything, and a lot of what makes Belle and Sebastian so special and enduring. It’s a band tackling the insight, experience and responsibility that come with getting older with humour and irreverence and lyrical exactitude and musical bravado and it’s one of the UK’s most beloved pop portraitists asserting themselves as an infallible source of energy and fun”