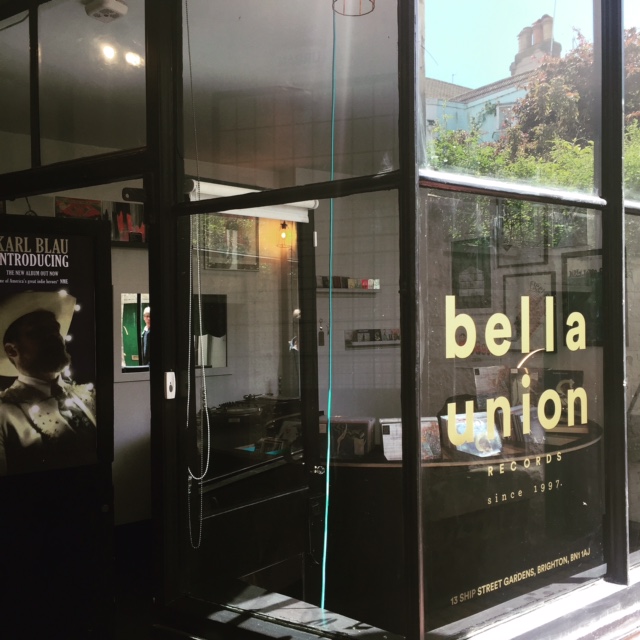 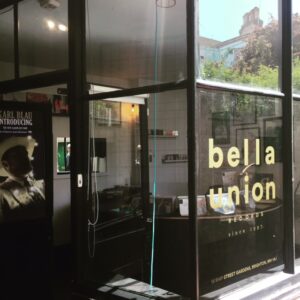 The label which celebrates 20 years in business next year has just won Music Week’s Best Independent Label of The Year as voted for by the UK’s indie retailers and the new shop will be managed by owner Simon Raymonde’s wife Abbey- an acclaimed concert photographer and presenter in NY till she moved to the UK in 2015- who has been working within the label for the last four years on film projects for the likes of John Grant and Mercury Rev, and who now continues the family love affair with indie retail ( Simon himself began his working life at Beggars Banquet record shop in South Kensington back in 1980, home to 4AD, and his eldest son Stan -who just started his own label Opposite Number-is also a key member of the staff at Rough Trade East record shop in Brick Lane, in East London).The opening day was marked by two special events. FIONA BRICE (John Grant’s arranger across his last 3 solo records and a Brighton resident no less) released her debut classical solo album ‘Postcards From’ on June 3rd on BELLA UNION and performed a special set and signed special copies of the vinyl and limited edition postcards.

Later that afternoon rising from the dark we had a visit from MERCURY REV who heard about the shop and insisted on making an out-of-the-way journey to celebrate it with us. They signed copies of the new LP The Light In You and left us some rare stuff too!The shop will only stock BELLA UNION and other collaborative titles, specialising in bespoke items and those harder-to-find lp’s and 45’s.

There will be midnight openings on some Thursday nights for those thirsty knights who want their vinyl served with a bagel at 12.01am on a Friday morning!

We continue to support and cherish Resident Records, across the other side of The Lanes, who are one of the finest indie retailers in the land, and who have been so good to BELLA UNION over the years. This shop is not in competition with other vinyl retailers in Brighton. A vibrant, eclectic and healthy choice for customers is good for everyone and we are excited to welcome you into our new shop at 13 Ship Street Gardens, Brighton BN1 1AJ