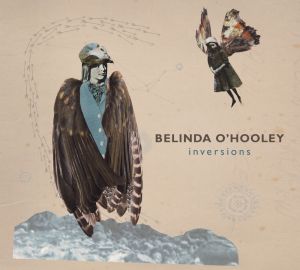 An album that feels like a  rite of passage as Belinda O’Hooley goes solo (sort of).

One half of the O’Hooley & Tidow duo – you’ll have heard their Gentleman Jack song playing over the end credits (and some of the saucy scenes) of, erm, Gentleman Jack, the recent Suranne Jones/BBC drama hit – Belinda O’Hooley has travelled many roads that arguably all lead to this point.

After contributing her distinctive and sympathetic piano parts to the well-established  O’H&T duo since 2010’s Silent June and having taken time to head off at a tangent with two albums of songs about, in a nutshell,  drinking and winter, and then fighting the good fight for the feminist cause with Coven,  it’s time for another change. The ebullience and sense of fun take a backseat for a series of touching and heartfelt outpourings.

Circumstances – buy the album and read about the backstories – have led to a series of vignettes,  “nurtured, produced and recorded by Heidi” that realise a musical vein lying dormant, yet one that was so obviously there. Her skill as a pianist that’s been regularly hinted at finally gets a chance to really shine. Inversions is about as far as what The Independent call “defiant, robust, political folk music for the times we live in” as you can expect. Having said that, you can’t deny their “poetical” tag, as the fragile and perceptive side of Belinda O’Hooley that’s occasionally surfaced, is laid much more open on Inversions.

Solo piano compositions combine with a single ‘song’ and couple of spoken word pieces;  the “coax, kindle, breath promise into life”  line in  Inside A Soul gives the first indication of what Inversions is about as Belinda experiments and develops the music of her ancestors. The nurturing of childhood dreams as a metaphor for the way these pieces have been created.

In the same way that the Steinway piano at the Machynlleth Tabernacle Trust is becoming an old friend, so are to the mountains of Wales that provide the inspirations for three pieces. And then despite the fact that  I can’t hear the word Skibbereen without thinking of Alan Partridge’s long-suffering PA, Lynne (fans will know what I mean) Michael McGoldrick pops up, pulls his whistle from his back pocket and adds his usual sprinkling of breathy magic.

The centrepiece might well be the seven-minute My Father’s Reel that digs very deep as Belinda sets out on what’s almost a confessional backed by just her piano which at points you could possibly refer to as Wakemanesque. However, the simple yet uplifting “I am soaring” line accompanied by an uninhibited tumble of piano notes says more than you could imagine in its few moments. Revealing and yes, in a way, cathartic, Inversions captures Belinda O’Hooley at her most insightful, and that’s saying something.

Watch the short promo film about the album  here: