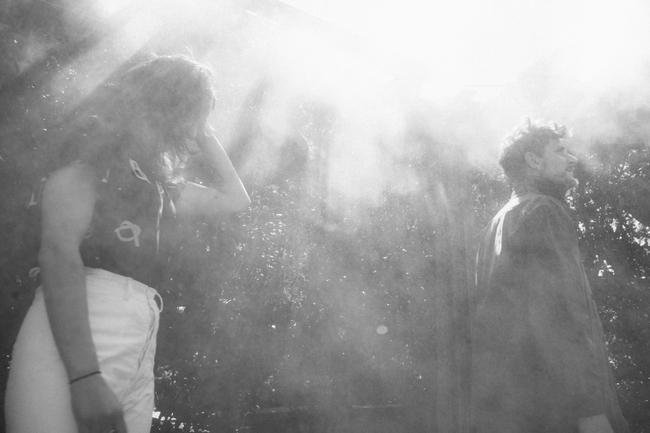 In an exciting new collaboration, producer and drummer Stella Mozgawa (Warpaint, Kurt Vile, Courtney Barnett) and veteran LA producer Boom Bip (aka Bryan Hollon) debut their new project Belief with the vide for I Want To Be.

An immersive dance number filled with skittering beats, chirping synths and insistent chants, it’s the result of five years of tinkering with material the duo first recorded back in 2016.

They met ten years ago, soon after Mozgawa moved to LA from her native Australia and joined Warpaint and their musical collaboration began in 2013 when Hollon, moving away from his roots as an underground hip-hop producer in Cincinatti, invited Mozgawa to drum with his Neon Neon project on tour.

They continued trading ideas, sharing a passion for techno legends like LFO and 808 State, but it would be three more years, following Warpaint’s third album of experimental dream pop, before they managed to get into the studio together.

When they did, they took all their synths and other electronic gear to Eric Wareheim’s Absolutely Studios to jam with a single prompt in their minds: What Would Mark Bell Do? (a reference to the late British techno producer of LFO fame).

Recording hours of improvisation, they then spent the next five years shaping that material, playing under-the-radar shows cheekily billed as Beef to flesh out ideas along the way. I Want To Be is the first taste of much more to come from Belief.

It’s out today (14 January 2022) on Lex Records, accompanied by this stylish and stunning video, directed by Glashier and shot in Berlin.

“We chose ‘I Want To Be’ as the first single because of its anthemic synth hook,” says Boom Bip. “It felt like an opening. The simple message “I want to be” grabbed us right away because it can be applied to nearly anyone’s plight or situation to push forward.”

All words by Tim Cooper. You can find more of Tim’s writing at his Louder Than War author’s archive and at Muck Rack. He is also  Twitter as @TimCooperES and posts daily at EatsDrinksAndLeaves.