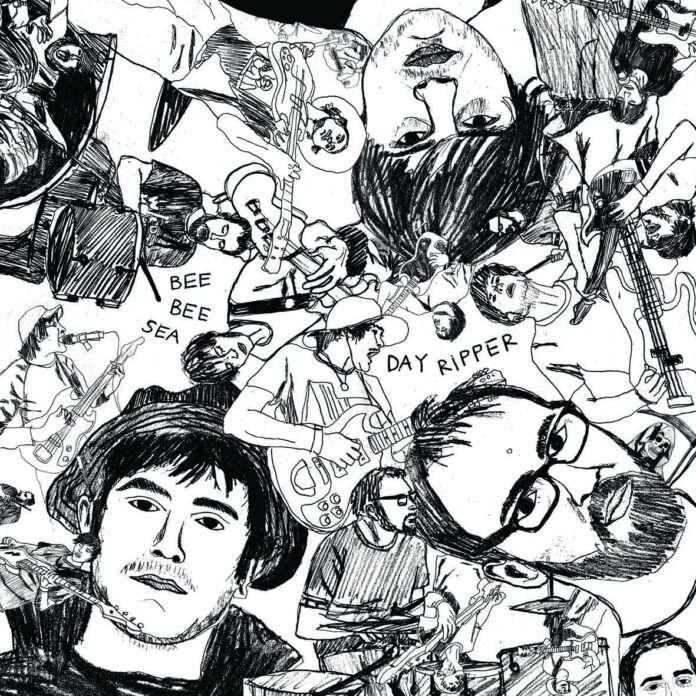 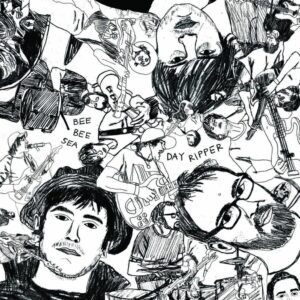 Three years have passed since Bee Bee Sea hit our radar with their second album, Sonic Boomerang. Now they’re back with Day Ripper and, more than simply picking up where they left off, are pushing their twisted psych garage sound even further with handbrake rhythm changes and a drenching of fuzz over which they layer their squalling vocals. The overall effect is one of ensuing chaos that leaves you battered, not knowing where the next blow is coming from, but begging for more from the psilocybin psych riot.

First taste of the album, Daily Jobs, opens up proceedings with crunching jolting guitars. It drops down quickly into a sweeter chorus, half the pace, before increasing the pace again and back into it. A rough solo jumps out of nowhere before the driving mid-eight takes over. It’s the distillation of an album that ramps up, drops down and changes pace and rhythm, all the while hooking you in with glorious garage. Bee Bee Sea are a band that are really honing the skill of cranked psych garage rock that grooves and jives.

Songs like Be Bop Palooza and Horst Klub show off their pop sensibilities, the latter sounding like those primitive Swedish garage eccentrics, Babian. There’s a dash of sweet sunshine on Guacamole, with some great vocal interplay and guitar riffs. Album closer, and title track, Day Ripper drones in on a wave of fuzz more a-kin to Osees to bring a woozy finale to wonderful album.

Check out the videos for Daily Jobs and Be Bop Palooza below: