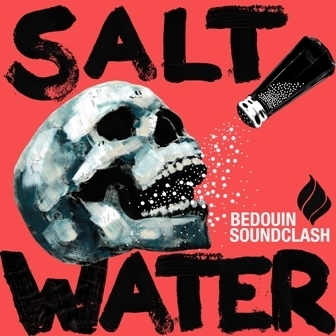 Almost a decade on from the release of the 2010 album ‘Light The Horizon’, the band have been busy in the studio once more after a period where it wasn’t clear whether they would record any music together again. Lead singer Jay Malinowski wrote a novel and released two solo albums while bassist Eon Sinclair was busy doing session work and DJing.

New single ‘Salt Water’ brings together all Bedouin’s rich influences into their world – from the celebratory spirit of New Orleans jazz to post-punk-soca and pop. A track that fizzes and bristles with Jay and Eon’s mastery of melody, ‘Salt Water’ features musical comrades-in-energy, Preservation Hall Jazz Band on horns and Mike Dillon (Les Claypool) on vibes and marimba.

‘Salt Water’ is taken from the band’s fifth album, ‘MASS’, set for release later this year via Mr Bongo / Easy Star / Sony Music Canada. The album spans two communities, recorded in New Orleans with Preservation Hall Jazz Band, and in Vancouver at the St. James Church with the children of the St. James Music Academy. The result is a horn-heavy, jazz-infused feel that draws from its historic surroundings.