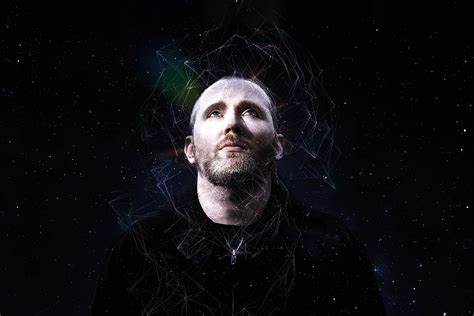 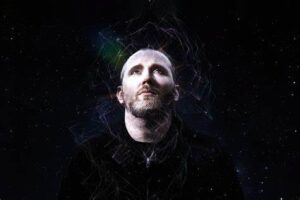 Twelve years since the release of his third solo album, U-Catastrophe, life was busy for Simon Collins son of Genesis legend, Phil Collins. He led a life filled with drug abuse, divorce and forming a new band Sound of Contact before releasing his fourth solo record, Becoming Human.

“Things were all going great until [Sound of Contact] split up in 2014. It was after that I decided to take a break from music all together. I travelled, focused on my recovery, and slowly started the song writing process for my fourth solo album”

Becoming Human is the most recent record from the Hammersmith-born musician that shows a flair for melody and is considered his most ambitious project to date. It’s no secret that Collins has song-writing in his DNA due to his musical heritage, learning to drum from the age of five and composing from the age of 14. Having been a rave DJ in Vancouver, he quickly moved to recording his own compositions, bringing his skills as a singer, drummer and producer to three previous solo projects; All of Who You Are; Time for Truth and U-Catastrophe, as well as one album with his band, Sound of Contact, Dimensionaut.

“I started out playing house parties in and around Vancouver, and eventually got a residency at one of the clubs downtown,” Collins begins. “That led me to start playing raves around the west coast and even at Burning Man in Nevada”.

Playing Psychedelic Trance gave Collins a very genre-specific sound which he admits he drew a lot of influence for his new album.

“You will hear a lot of electronica in general. Sound design and programming is a big tool for production that I tend to bring into play in my music.”

Becoming Human was produced by keyboardist and sound designer Robbie Bronnimann and features one of the key players from Sound of Contact, acoustic and electric guitarist Kelly Avril Nordstrom. Released on Frontiers Records, Becoming Human, transposes the classic prog era of Genesis and brings it firmly into the 21st Century, with atmospheric swathes of electronica mixing with rock, pop and even heavier industrial textures to form a sound entirely of his own. Led by the singles, Becoming Human and The Universe Inside of Me, the album continues to deliver after repeated listen, a journey through almost Vangelis-esque keyboards and profound lyrics commenting both on Simon’s personal journey through life and Mankind’s through the cosmos.

With Becoming Human considered his most ambitious project to date, it has also been said to be his most honest release touching upon themes of his divorce and addiction.

“I was married in 2010, and we had a life-long history and romance. Unfortunately, my music career became an issue as I was spending a lot of time away from home either in the studio or on tour. My drug use at the time put serious strain on things also. At least those are the elements from my side that contributed to things falling apart, but she played her own part as well of course.

Domestic Violence is a serious problem in relationships, and I had a friend who was in one of these relationships with a man that used to beat her constantly. My wife and I at the time kept telling her she needed to get out and save herself from the abuse. She couldn’t find the courage to do it, and that always stuck with me, it was so hard to see that happen to someone you care about and not be able to do anything about it”

With a father as famous as his, it could be viewed as positive for his career and also a hindrance due to the label of ‘Phil Collins son’ shadowing his achievements. With his father helping Simon sort out his record deal with Warner, it’s no secret that the name helped Simon get his foot in the door. However, he claims it is his “talent that [keeps] him in the room”.

“I needed to go through the ‘son of’ aspect when I put out my first couple of albums. It wasn’t until I put out my third solo album and then my band’s (Sound of Contact) album, Dimensionsaut, that I really gained peoples respect and perspective of me as my own man”

There isn’t too much room to complain with Simon admitting that, through his Dad, he has met, befriended and worked with some of the most talented people on the planet. He also had the opportunity to grow up on tour and be around live music his whole life.

Moving forward, Simon is OK with the label he is given as long as his music isn’t overlooked. “I have a lot to say and sing about, I am always going to make records and keep building up my repertoire. I think I’m at a point now in my career where the music does come first, so I’m certainly happy with how I am received in the music industry and that I have my own fan base”

In terms of musical consistency, Simon’s music harbours its own identity with him drawing upon his upbringing musical consumption of post-punk and psy-trance. He claims his music is light years apart in terms of sound from his father’s however, there are some similarities that are just simply unavoidable. With Simon admitting himself he grew up listening to and drumming to his father’s music, he acknowledges the drumming style and sound is “somewhat similar”.

“I am always moving things forward though and I continue to grow as an artist, mixing different genres together to create a new sound altogether. [Becoming Human] overall is progressive fusing electronica with progressive rock. The most genuine balance of my strongest influences to date.”