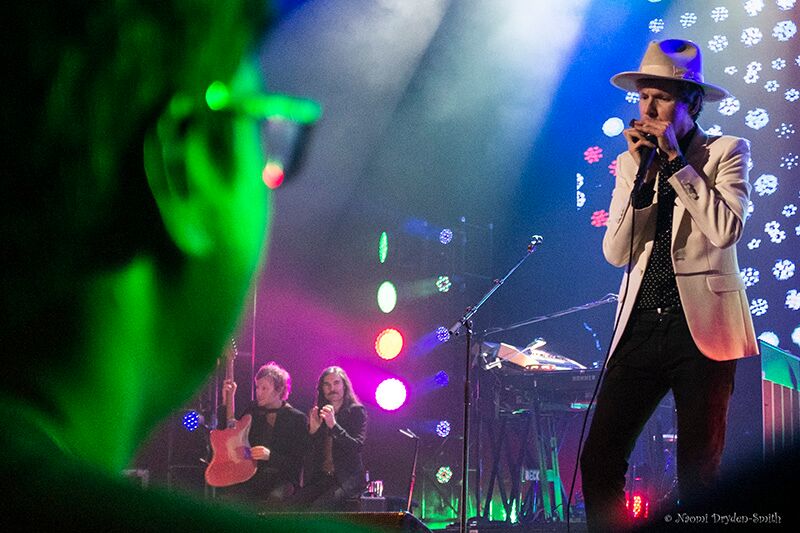 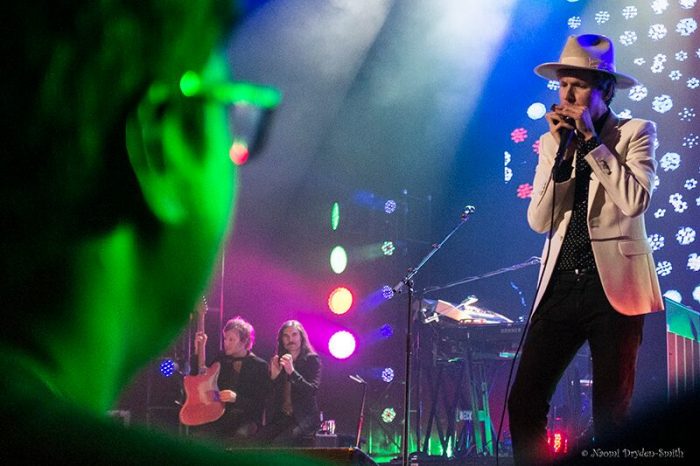 ‘Ultimate Loser’ Beck brings his Wow tour to Brixton Academy for a set of greatest hits and fan favourites.

This is not a review; this is a thank you note. If you are not inclined to read much further, know this: Beck is one of the ‘greats’, he has been for years. He is the Pied Piper to my loserhood and I am compelled to offer my appreciation.

I have been an overly smug Beck fan for a decade, when amid the throes of an intoxicating adolescent romance I was gifted a homemade mixtape CD featuring ‘Hell Yes’ and ‘Girl’ from Beck’s then newly-released 2005 masterpiece Guero. The romance didn’t last, but another (more permanent and less painfully hormonal) love affair had struck. Skip forward ten years and Beck’s music is part of the furniture in the music library of my brain.

During that time he has produced three more studio albums, maintained super-human composure in the face of Kanye West, paid tribute to David Bowie in heroic fashion by performing The Man Who Sold The World with (what’s left of) Nirvana and collaborated on a Chemical Brothers track. At the end of June he reminded everyone of his acute musicianship and gentlemanly ways with a masterfully uplifting set at Glastonbury.

Which brings us to the next stop on his Wow tour; Brixton Academy. I went there knowing that Beck would not disappoint but a little anxious about the response of the crowd, considering the date fell on a Tuesday, Brexit despondency was rife and there was generally a feeling that this was a weird and unsettling moment in time. I wasn’t sure if people felt the same way as me about Beck’s music and if they would be urged to dance. I needn’t have worried though. 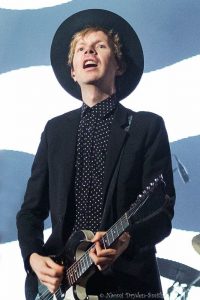 In his effortless way Beck filled the Academy with positive energy, the innate humanity of his mannerisms and his lyrics shining through and drawing us in from the start. Kicking off with Devil’s Haircut and following up with one of my favourites Black Tambourine, I couldn’t help but edge further forward through the packed stalls to get closer to the stage. While he continued through Loser into GHETTOCHIP MALFUNCTION I squeezed closer, so by the time he had seguewayed into Mixed Bizness I was all the way in. There was no going back.

The crowd was totally carried away by Beck, hooked on every word of his signature singalong choruses and delighted by his smooth-as-fuck dance moves. I picked up on some complaints while he took a break from the upbeat songs to perform some more mellow tracks from the heartbreak album Sea Change and also the beautiful Say Goodbye. I heard a couple of people expressing disinterest during this part but I had to disagree. I was over the moon to hear such a range of his works, especially Wave, a sumptuously symphonic highlight from 2014’s Morning Phase. The composition, arrangements and set list satisfied every Beck itch that I had, including the ones I didn’t yet know that I had. And that’s the mark of a truly great performer.

One thing I will say is that his encore, including the chat and the way he introduced his band, was a word-for-word repeat from his Glastonbury gig. I suppose it’s naïve to think that a lot of that kind of thing isn’t largely rehearsed and it didn’t detract from the amusing covers that were laid down afterwards (including Bowie and Prince) but it did bring about some serious déjà vu.

All in all throughout the concert Beck embodied ‘cool’ like only Beck can. He is aspirational in that his identity and his music has evolved from one surprising and captivating chapter to the next, while maintaining an air of elegance and grace that we all wish we could emulate. He’s the Peter Pan of alternative music, staying young at heart and relevant while his creativity goes from strength to strength.

Ten years ago Guero knocked me sideways because it was so bold. Beck made it absolutely ok to be a weirdo; here was a skinny pale blonde guy rapping over quasi-hip hop, lilting Latin American-flavoured beats and he pulled it off so assuredly. He was so ahead of his time, so ‘anti-tribe’, so singular, not fitting into any genre that I had ever come across and for a music fan that was insanely appealing. He still owns those values to the hilt and for that I am so grateful. Thank you, Beck, for being the ultimate loser.

All words by Scarlette Pares Landell. This is Scarlett’s first piece for Louder Than War.