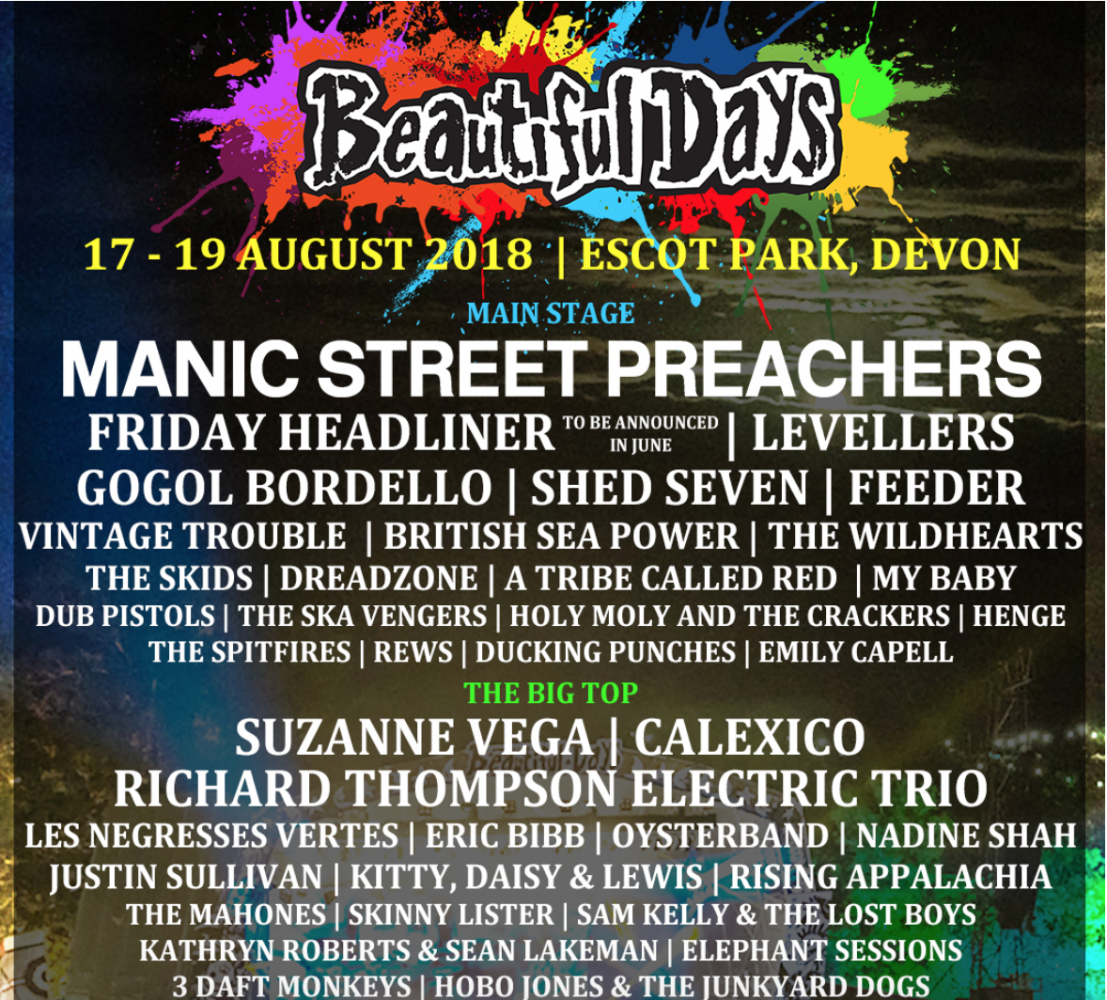 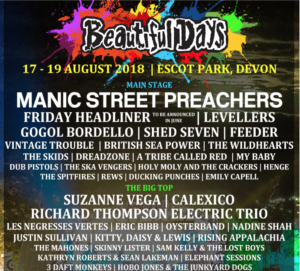 Line-ups for The Bimble and The Rebel Tent plus stand-up comedy in The Theatre Tent are still to be announced. The THEME for the Sunday at Beautiful Days is A RIOT OF COLOUR – the festival are encouraging people to be bold, be bright and wear all the colours of the rainbow!