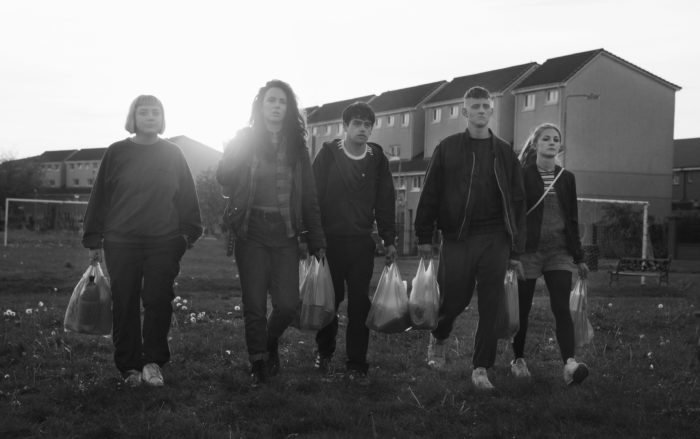 Shot almost entirely in black and white and starring two very engaging young leads, Beats is the story of the final few months of the illegal rave scene in 1994. The action takes place mere months before the Criminal Justice Bill and Public Order Act became law that November, but the film is about so much more than raving against the machine; it’s also an extremely good coming of age story.

Johnno (Cristian Ortega) and Spanner (Lorn Macdonald) have grown up together on a small Scottish estate. They’ve attended the same schools and are best friends, but Johnno’s mother Alison (Laura Fraser) and her boyfriend Robert (Brian Ferguson), have their eye on a new-build house in a better neighbourhood, and they want better things for Johnno. Spanner, meanwhile, is hellbent on getting himself and Johnno into their first rave.

Cristian Ortega is a marvel as the almost perpetually uneasy Johnno, he achieves so much just with body language and facial expression when conveying this shy and awkward character. To watch him express unspoken anguish is absorbing to say the least.

By contrast, Lorn Macdonald as the more cocky, streetwise Spanner manages to convey a vulnerability and intelligence beyond the rough diamond exterior, again largely using body language and facial expression. It’s clear both from Kieran Hurley’s script and from Ortega and Macdonald’s performances that these are complex, fully developed characters that you can empathise with and care about. 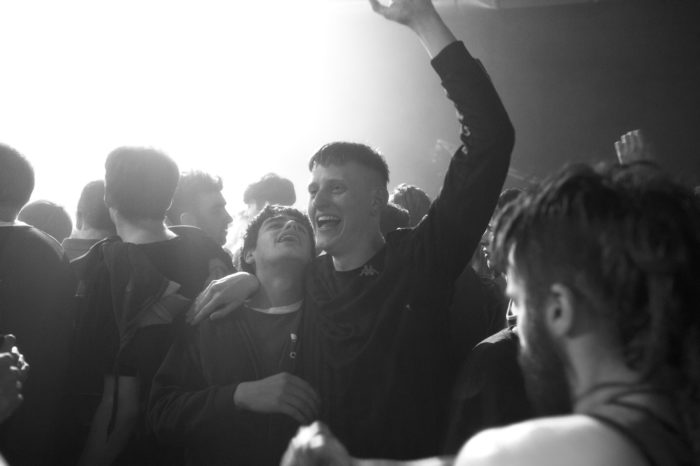 Similarly, the supporting cast of police, dreamers, gangsters and hedonists are multi-faceted and complicated, well drawn and performed with believability and restraint.

The decision to shoot the film (largely) in black and white means that there is a sixties kitchen sink feel to the piece, a gritty cinema verité sensibility. This is important not just when establishing an overall mood but also for reasons of authenticity: It’s important that the boys’ world is shown in shades of grey, with white skies and concrete flats, it’s easy then to see what it is they want to escape from. If director Brian Welsh had gone for a vivid colour palette, it would have been less believable somehow.

Beats is an absolute gem of a film.  It combines the grit of Saturday Night, Sunday Morning (1960) with the youthful idealism of American Graffiti (1973) and the hedonism of Morvern Caller (2002).  It is a beautiful, bittersweet, vibrant piece of cinema that will be watched and enjoyed for many years to come.

Check out the trailer for Beats here: