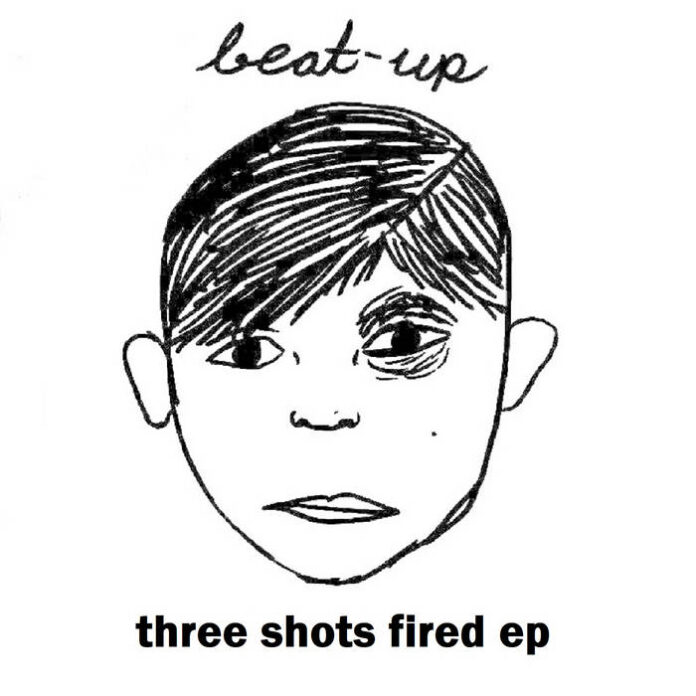 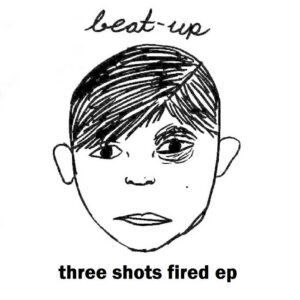 Beat Up from Georgia use a mix of hardcore and other musical styles to reflect their anarcho punk message about the state of America on this three-track EP. It’s for punks of all persuasions, says Nathan Brown.

Beat Up hail from Athens, Georgia and introduced themselves to me as “old school anarcho”. Whilst they touch on anarcho themes, it’s not the first place I’d go to for comparison; they report from the disunited States of America where black lives don’t appear to matter as much as statues.

I like the wordplay with the title (I was reminded of Four Sore Points from Anti-Pasti in the naming). The three shots or missives fired from the band on this EP showcase two very different sides to Beat Up. The A-side consists of two fast and frantic tunes while the B-side is taken up with one five-minute reflective brooding, claustrophobic, number.

Jerks is a nihilistic angry snotty punk two-minute ditty punctuated with a cool surf style guitar break. If you were the jerk who is the target of Beat Up’s ire you would “do the world a favour and wrap myself around a tree”.

The treble tone of the acerbic frantic choppy guitar screams early West Coast American hardcore (yes, including everyone’s favourite, Black Flag) and bands who made a fair stab at that sound in more recent years like Sweden’s Regulations. This, combined with those surf-inspired twangy lead guitar breaks, put them in company with Natterers (UK) and Neighbourhood Brats (LA).

The drums are at times militaristic, with plenty of snare fills, which was a hallmark of Crass and several other anarcho bands. The combination of the guitar sound and drums also has a distinct essence of Crisis.

Meanwhile the strident yet clear vocals have a rocky growl to them which puts then in a similar vein to early DOA.

Third Precinct joins a litany of two-minute anti-police punk rock songs. Punks hate the cops and don’t you forget it. In May 2020, officers from Minneapolis Police Department murdered George Floyd, sparking a wave of unrest which included the torching of the third precinct police building. Beat Up’s message to the Third Precinct: “Next time you’ll think twice…the streets are coming for you”.

Listen to Third Precinct by Beat Up.

While available in digital form from bandcamp since May 2021, it has taken until February 2022 for the vinyl to finally be available. This must be frustrating for a band who are motivated by topical events, only to find a pressing plant delay times out their message. However, the urgency is not lost – it’s not as if the cops are all of sudden going to play nice and stop screwing over communities. As Beat Up sets out, years of protests and marches don’t seem to have any affect on the occupying force: “you’ll never learn so watch it burn”.

Double Time Double Down on the B-side is a well thought out attempt to convey the claustrophobia and tension of 2020 in the Southern states of the USA as anti-fascists faced off torch-wielding white supremacists.

Rumours spreading, state forces deployed seemingly to protect the far right, the KKK and statues of Confederate Generals. “Snipers on the rooftops and drones overhead. Black ops patrolling in unmarked vans. It’s perfectly normal for a statue’s defense. Spray paint and fireworks are a capital offense”. Beat Up complement their lyrics by deploying several musical styles and tempos across the song’s five minute length.

Starting with a change down of gear from the songs on the flip side, there is a dancey groove to the way the drums and bass lock together which really reminds me of Dr Feelgood at their best. The guitar sounds sleazy and southern…well they are from Georgia.

They draw on garage but also on classic American rock. They emulate the power pop of early punks such as Rudi and the pub rock of Eddie And The Hot Rods et al. The guitar clangs, drops out and then echo effects are really loaded up in a nod to Dead Kennedys’ Riot. The middle of the song winds up into an angry frenzy. The insistent repetitive, sometimes angular, guitar builds an intensity within the song.

This switching between styles then got me thinking of Subhumans (the UK version not the Canadians, right?). A reminder that anarcho punk is thankfully really varied in sound – it’s the message that sets it apart. However, it wouldn’t be my “go to” when describing Beat Up. Fans of hardcore and ’70s punk should stop for a glance too.