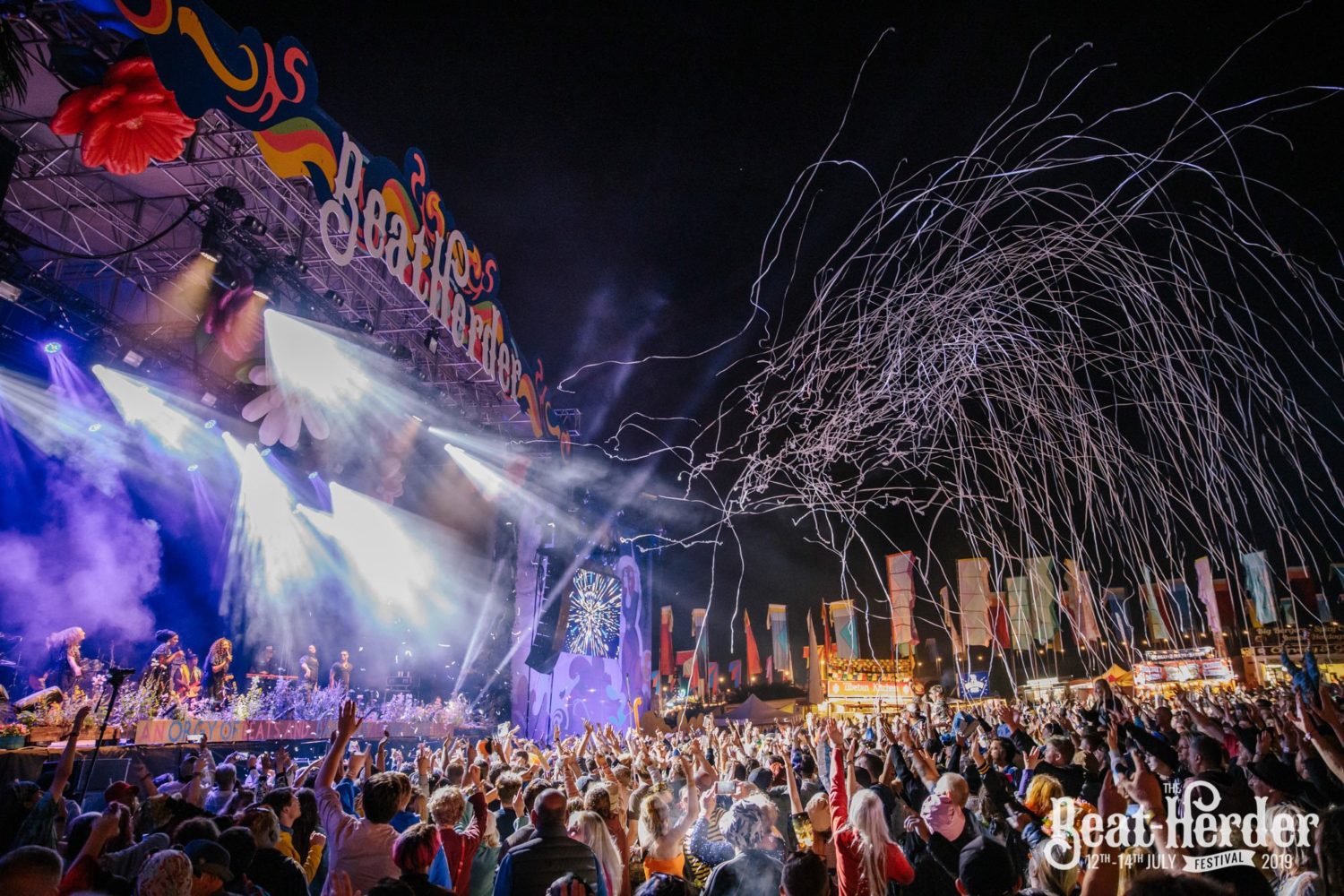 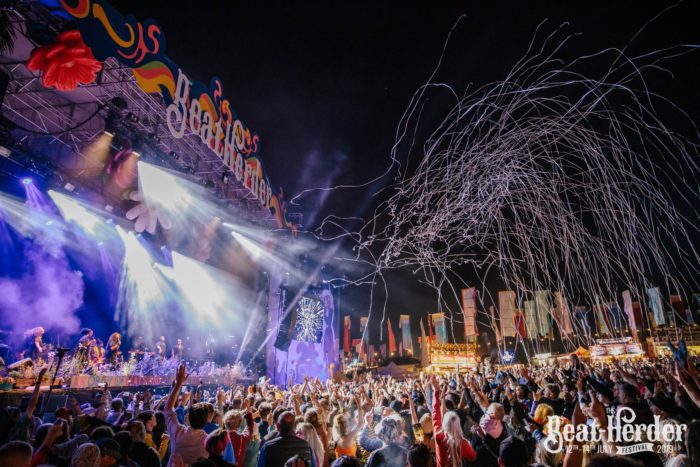 The annual Beat-Herder festival has been and gone, with minds and bodies of all involved just about back to normal. And boy, did they pick the right weekend for it this year. Three days of glorious sunshine helps bring out the party mood like a massive orange disco biscuit, not that the crowd need the encouragement. Everyone already seems to be overflowing with giddiness that not even a downpour could put a dampener on.

And if the heat got too much, escape to the shaded haven of the Toil Trees stage was always an option. Shade wasn’t what people were seeking on the Friday night, though, as Hannah Wants expectedly packs out the clearing with a bumper crowd pressed shoulder to shoulder. This doesn’t restrict the enthusiastic throwing of shapes, and the new sound system does an impressive job of drowning out the cries of appreciation from the crowd

Even though Rudimental have only released one album, their third, in the last four years, it feels like they’ve never been away due to continuous airplay of some of their older classics. With male and female stand in singers, they do a brilliant job of carefully mimicking the various singers from the groups past, while adding their own fresh touch. Feel the Love sounds like it’s never aged a day and if you closed your eyes, it was almost as though John Newman was really there. Sun Comes Up is the new single and was a great crowd pleaser for a Friday night on the main stage. A great headliner, and everyone was absolutely feeling the love.

But it wasn’t just the big name headliners pulling the big crowds. Macky Gee attracted so much frenzied attention that his set is postponed until a little calm is restored, but not without many a disappointed face lingering around the entrance, trying to peek in from the perimeter. One of the more popular places to be for seeing in the end of night was within the metal walls of the fortress stage, as queues regularly wrapped around the exterior like an exclusive members only nightclub.

It’s not all DJs and dance choons, either. The weekend is peppered with an eclectic mix of not so electronic acts. Acts like the Hot 8 Brass Band. Hailing from New Orleans, the Grammy-nominated octuplet brought their soulful, funky brass to the main stage, providing an almost stream of conscious, nonstop hour of jazzy interludes and mainstays – such as the upbeat cover of Marvin Gayes’ Sexual Healing.

It’s amazing to see so many stages squeezed into an area of such modest size. You can be forgiven for spending three days without spotting absolutely everything the festival has to offer (which I managed to do). A cluster of them can be found under the arches intriguingly marked ‘Beyond’. The dimly lit labyrinth of narrow corridors contains a multitude of mini clubs, each zone looking like a different world with its own vibe and individually themed décor. It almost feels like an Alton Towers for ravers, with something to excite everyone, regardless of your favourite beat flavour

For those wanting a little bit of everything, including the kitchen sink, DJ Yoda is the king of the mash-up. His midnight set in The Factory starts straightforward enough, with hip hop standards and dance anthems to get people in the party mood, but then curve balls keep coming that leave heads spinning. Conflicting genres (Take On Me by a-ha blending into Kendrick Lamar?!) mix so fluidly, he makes it work so effortlessly well (sometimes even improving on old classics), and the audience eat up every second of it.

Sister Sledge bring the weekend to a close (along with a dazzlingly impressive firework show) in a slot that seems made for them. Each hit recognised by all, and greeted in a celebration of singalong. Good times are had by all. So much so, that nobody seems to notice a few borrowed songs from Chic thrown in for good measure.

Next year’s tickets go on sale very soon, and with proceedings stretched out to four days for the first time in its history, no doubt it’s going to be another sell out. But beware – once initiated, you can never leave. It seems every attendee has ended up being a regular herder of beats, reeling off the consecutive years attended, even though the memories may be a little hazy on the details….