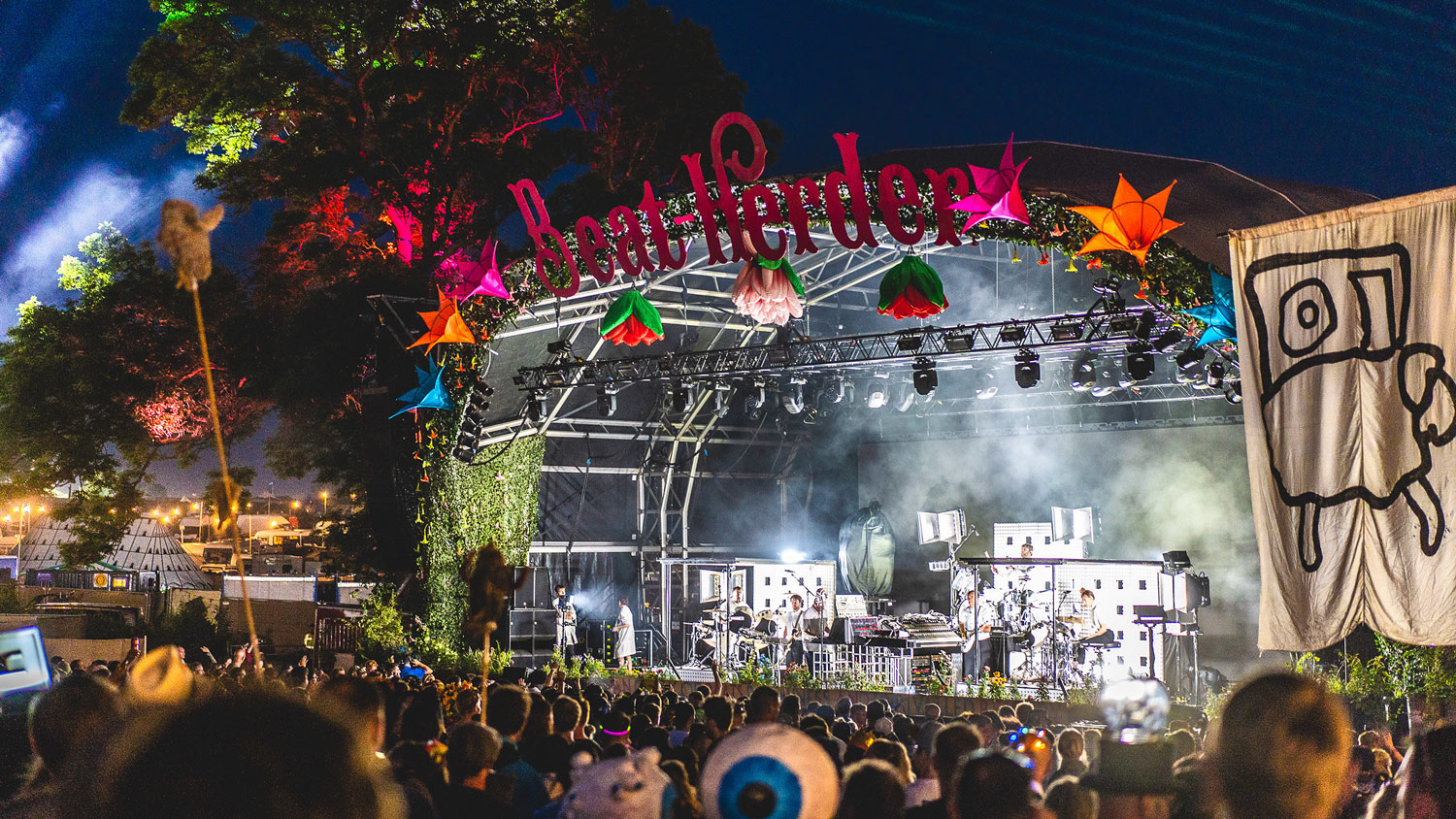 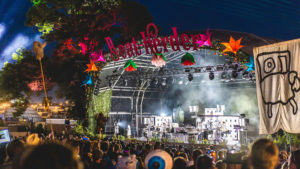 This weekend sees the return of the ever popular Northern party extravaganza that is Beat-Herder festival.

It’s come a long way since its early secret rave days, growing into one of the most beloved independent UK festivals, with tickets completely selling out every year since conception.

Ask anyone who’s ever been before about their past experiences of Beat-Herder, and their face will light up brighter than the Friday night firework show

All the wildly imaginative and visually impressive stages return this year, with a few more surprises thrown in for good measure, including the techno infused corrugated steel Fortress, the back-to-the-roots rave in the woods themed Toil Trees, UV and laser shows on the Sunrise stage, even a bit of blue for the dads in the Beat-Herder and District Working Men’s Club – all hand crafted and built from scratch each year (and as far as I know, it’s the only UK festival to feature a swimming pool).

With a feel good, dance-along lineup (The Sugarhill Gang, Rudimental, Groove Armada, Sister Sledge) and more DJs than you can shake a glow stick at, it’s highly unlikely that a stage invasion by a boy in a hat will be one of the festival highlights here (we’re looking at you, Glastonbury).

If you were lucky enough to bag yourself a ticket (or feeling like torturing yourself with what you are missing out on) , get yourself in the mood with the official Beat Herder playlist.