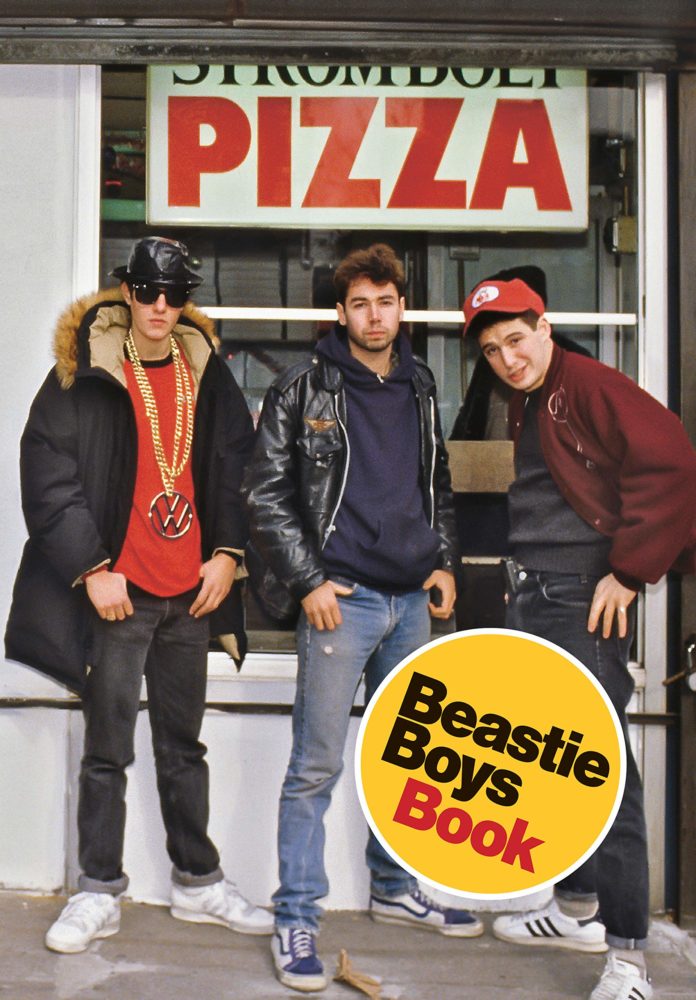 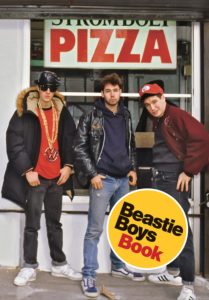 A new self-told retrospective from the punk hip-hop trio, telling the story of their musical lives, collaborations and adventures.

According to Adam Horovitz (a.k.a. Ad-Rock), one third of the Beastie Boys, 1998’s Hello Nasty was their best album. His reasoning is a bit of a stretch. He points to the large number of tracks it holds: an undoubtedly impressive 22. Apart from mixing together music that doesn’t even sound like its made by the same group, he argues, its bumper track number means Hello Nasty is particularly good value for money. Horovitz describes the album as a kind of lovingly crafted mixtape of ideas.

The new Beastie Boys Book is a little like that too. A mixtape of diverse tales. The book has many of the features of a Beastie Boys album. Its numerous short chapters are written mostly by Horovitz and Michael Diamond, complemented by some guest contributions. The chapters mix commentary with biography, insight with reflection. Like Hello Nasty, this is a chunky tome. Yet, despite its heft, by its conclusion, the triple trouble membership remain largely enigmatic. Unusual in content and varied in style, the chapters shift in different directions. The stories are largely chronological but there are hardly any mentions of years or dates, making it hard to tell exactly when things are happening; the only real clues are the mentions of albums or songs.

There is though one key difference between this book and the Beastie Boys’ music. Unlike their albums which, with the exception of some of the more puerile early recordings, tended to be forward-looking, the book casts its gaze backwards. This change of direction takes them out of their comfort zone. In a recent interview they admitted to be uncomfortable dealing with the past, preferring the present and future. In this case, part of the difficulty of looking back is the sense of loss. Sadly Adam Yauch is not here to tell his own stories, and the book often touches on the grief of his absence, as well as his particular presence in the band.

In the book the trivial sits alongside the substantial and the serious. These leaps sometimes feel a bit disjointed, but they are totally in character, given the eclectic nature of the music they produced. On the more trivial end is an entertaining description of a photo of which Horovitz admits he has no memory of the place or circumstances – with a comically dressed Yauch barely visible in the background. Or the story of when Yauch purchased the phone number of a defunct company mentioned on their album Paul’s Boutique — he hooked it up to an answer machine to see what happened. The messages, as it turns out, got quite strange and voluminous.

The book is awash with these types of stories. The variation in content goes further: there are even several pages of recipes and a short graphic story. These little creative avenues rest alongside more heavy-duty descriptions of how particular songs were created, tours unfolded, label interactions played out and video production techniques. The accounts of how particular songs were made provide those really revealing moments that you’d want from a book like this. Yet it is the mix of these completely different features that makes the book so readable.

One of the stranger inclusions is a lukewarm review of Ill Communication. Whilst damning the album with disinterest, the author of the review reflects on some soup they are making for a social gathering that evening. I can’t work out if it is a genuine review that they found funny, or a kind of spoof review. But that is the way with the BBs, you never quite know when they are messing with you. The numerous short pieces that make up this book don’t so much resolve the mystery and tensions as highlight the sometimes baffling features of their collaborations. The fantastic pictures, which make up around half the 550 or so pages, tell us a bit more. These pictures give different glimpses and perspectives on the musical life of the trio. The photos bring a vibrancy to the text, telling stories beyond those captured in the writing.

Overall, this is a very human story. It captures the mistakes, of which there were a few, and the losses. It pinpoints the good fortune along with the deft touches. The little vignette chapters reveal enough to show the haphazard development of the band as well as their music and their thinking.

Mixtapes can be a little disjointed, after all they are compiled rather than composed. This book has a bit of a stop-start feel with lots of fragmented bits. But the Beastie Boys were never about smoothness; they assembled, gathered and combined. They joined the dots and blended the fragments and detritus of their surroundings. In its images and fractured mini-chapters, this book continues with the style of those early collaborations, unfortunaely minus the influence of Yauch.