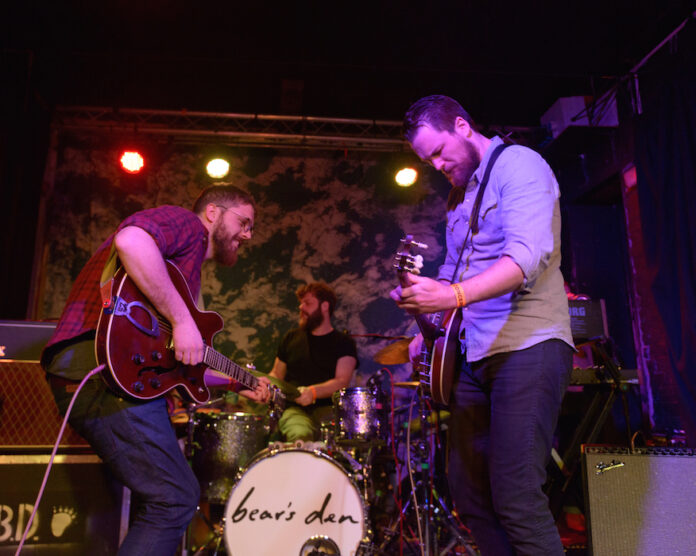 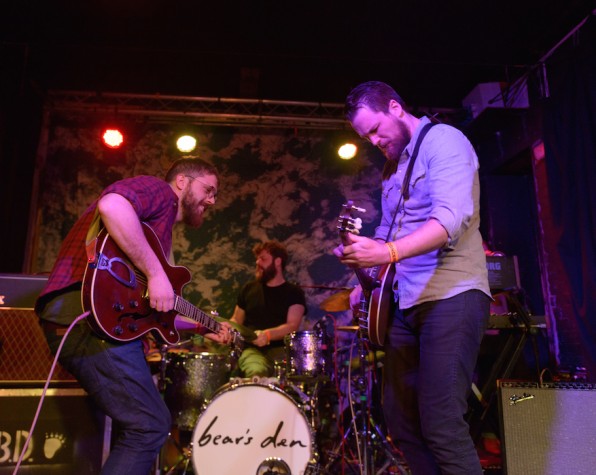 This evening sees Bears Den make a triumphant return to Newcastle, how they have grown in their absence. With a debut album out the tracks from Islands shine throughout their set in an inspiring performance.

It’s been a long while since Bears Den have graced our fair city with their presence, until this evening that is and they’re back with a superb debut album in Islands. However, there’s a small matter of this evenings Rukhsana Merrise, a beautiful singer songwriter from London.

Her songs fill the room delicate and sweet; her doe eyed guitar player does look like a rabbit in the headlights throughout the set though. Yet Rukhsana is confident and sweet in her delivery as she sits at the front of the stage serenading the hordes of besotted audience members who are quite clearly under her spell. 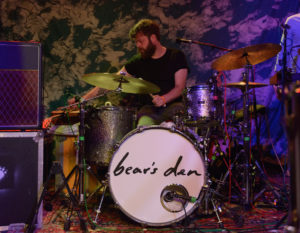 Rukhsana’s set finishes relatively early, yet there is what has to go down as one of the longest changeovers in Cluny history. Opener Elysium sets this packed crowd alight, perhaps the bands best-known track despite their absence in the city for a while there’s an electric atmosphere in the room tonight.

They have also grown since the last time they appeared in the city, adding extra two members to really bulk out their sound. The band feed on the crowd’s energy, Magdalane is touchingly beautiful the track has something different to many of their others.

It reminds me of their American counterparts and it wouldn’t be out of place on an Iron and Wine record as the band strip back to their original three pieces. It exposes rawness and allows the songwriting to take to the forefront of the song, which the heavier sound sometimes drowns out.

That said at times the band do benefit from the denser layers of instrumentation as it adds to the crowds excitement and helps to build the atmosphere, Think of England is a particular crowd favourite. Especially with its elements of audience participation, which was always going to go down well this evening.

The band reward this attentive crowd with an acapella version of Sophie, hearing any song in its most exposed form to most would be a daunting thing yet Bear’s Den take this in their stride. You cannot question their musical talent or abilities, this evening they expose their hearts and souls on the stage for all to see.

The delicacy of When You Break rings out through the venue, making the hairs on the back of our collective necks stands on end. As they close out the set with new single Agape, we’re left overly excited and astounded by their talents. Whilst they may have been away a while but they’re welcomed back into the city with open arms.

The band finishes the set partially in the crowd with yet another acapella serenade. Based on this evening’s performance they may not stay away so long next time, yet we’re convinced that they’ll not be playing a venue of this size – it’ll be something a lot bigger.