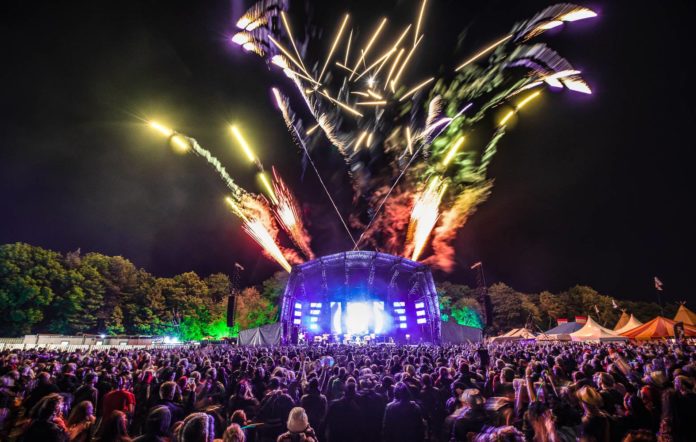 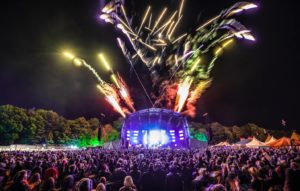 Bearded Theory is postponed until September 10th to 13th 2020, full details including the revised line up, how to transfer and refunds via this link: https://beardedtheory.co.uk/2210-2/

Clearly this presumes we are allowed to gather in a field, haven’t either been wiped out by, nor are we self isolating from the Covid-19 Coronavirus

We are aware Government have now issued a ban on mass gatherings. This is to ensure events to do not put further strain onto Emergency Services at such a critical time.
It is possible the ban on mass gatherings could be extended beyond March 30th and because of this we have updated our contingency measures accordingly.

The festival has secured a contingency date being September 10th to 13th 2020 whereby the venue, license, suppliers, personnel and the vast majority of our advertised line up can be accommodated. The festival would operate on the same basis as before.

It will be decided on or before April 12th if the festival is to postpone to this date depending on either of the following factors:
Mass Gatherings ban is still in force at the end of March 2020
If the peak of the virus hasn’t been reached (as per Government advice) and numbers are aggressively increasing
Our attendee’s health is put at unnecessary additional risk

Organisers of Bearded Theory have posted regarding the Covid-19 outbreak:

We are aware of the growing concerns about what affect Covid-19 will have on this year’s festival.
Central Governments current advice remains that they have no intention cancelling mass gatherings especially those that are hosted outside. We are equally aware that all advice given is issued on a dynamic basis and has potential to change.

We must stress that it is fully expected that the event will continue in May and that it will be safe to do so. We will be implementing enhanced hygiene measures across the site and will be announcing further measures in the lead up to the festival.

Come the Spring Bank Holiday weekend Thursday 21st – Sunday 24th May Louder Than War will once again be setting up a tent in the grounds of Catton Hall, Derbyshire as we prepare for the 13th Bearded Theory Spring Gathering.

The multi-award winning event has grown from a gig in the beer garden of a pub back in 2008, to now attracting 10,000 revellers each year; the upper number is purposefully limited by organisers who want to retain the unique atmosphere of the festival, a festival thankfully devoid of corporate sponsorship that is brought together by a large team of volunteers who drawn upon the services of tried and tested contractors, alongside other event organisers who handle the small stages.

The big name headliners include Primal Scream, The Flaming Lips, and Patti Smith & Band, all of whom will take to the Pallet Stage (Main);

I’m aware the organisers were looking to address some of the gender issues present at other events, as such other confirmations include KT Tunstall who will be featuring material from her current “Wax” album, The Nova Twins who have just commenced a full European tour to promote their debut “Who Are The Girls?” album. Other female artists include She Drew The Gun, 3 Daft Monkeys, Lucy Spraggen, and Dead Naked Hippies recently impressed when supporting JOHN who are sure to ignite the entire weekend when they appear on the Friday night.

Other confirmed names include Echo & The Bunnymen (for myself, reason enough to attend the festival) who have been a target for organisers for many years, similarly The Damned who are to appear on the Woodland Stage… its a tiny stage located in an oaken glen, illuminated at night by sympathetic lighting suspended between the branches; however the ‘venue’ has a multi-thousand capacity area that fans outward from the stage. This stage is often a highlight of the festival; just be sure to get in early – The Damned will be a lock out!

The Undertones are set to appear as part of a limited summer festival run, which also includes The Rebellion Festival, they will take to the Pallet Stage as will Ferocious Dog who were at one point almost the festival house band.

Shame are set for the Pallet Stage, surely they will be playing material from the follow up to the 2018 debut ‘Songs Of Praise’, and 2020 sees the welcome return of the Sugarhill Gang who last appeared on a particularly sunny Sunday afternoon back in 2017, this time they will also set up in the Woodland.

In late 2019 Louder Than War Records released the ‘Bromidic Thrills’ 7″ single by Imperial Wax, as such we would be failing in our duty to mention they will be appearing.

Other festival favourites include Dub Pistols who are making a return to Catton Field, similarly The Bar Steward Sons of Val Doonican who will be sure to raise the humour level… (have your crap jumpers ready!) though they will have to go some way to match Black Lace; yep, that Black Lace – the ones responsible for ‘Agadoo’!

The Magical Sounds Dance Tent is taking a break for 2020, to be replaced by the Arcadia Afterburner and Bearded Beats which have line-up’s that includes Leftfield (DJ set), Stanton Warriors, Jon DaSilva, Jah Scoop and Chris Liberator. 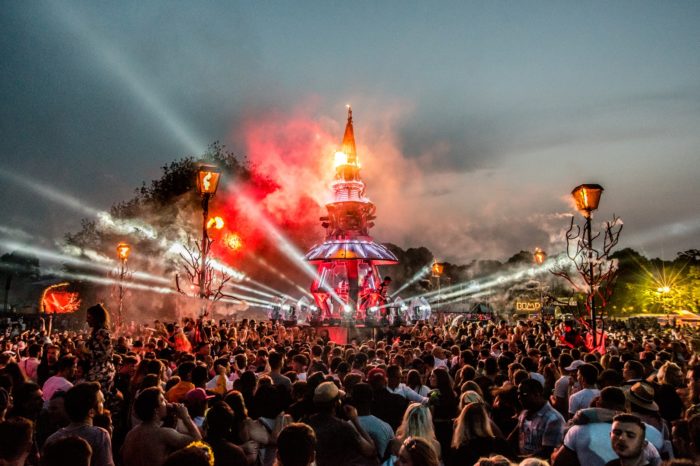 Arcadia Afterburner is an immersive 360 degree installation that has travelled the world – At its heart is a flaming spire that houses the DJ booth and shoots fireballs above the crowd as light radiates outwards to a ring of flaming trees.

Convoy Cabaret set up their stage and proceed to fill it with an eclectic selection of freaks, from Circus of Horrors style performers who delight in inserting power tools in their nose, to some of the best underground bands around.

This year we will be treated The Cravats who are set to release their brand new album ‘Hoorahland’ this month (I’ve had an advance copy, its stunning), Clusterfuck are back once again – they need to be seen to be believed, similarly The Mighty Bossmags, though I am also looking forward to The Menstrual Cramps.

Aside from the larger stages there is always a host of attractions including The Maui Waui stage, the Something Else Tea Tent, Cheesy Vinyl, Catton Market, a fun fair, plus a selection of bars which sell locally produced beers, ales, and ciders a sensible prices, alongside a decent selection of food vendors who also adhere to the reasonable prices guide. 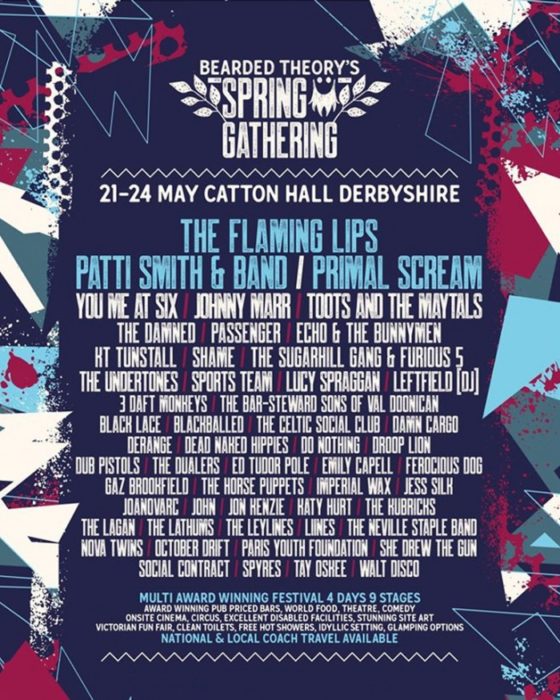 For younger attendees there will be the Rogues Hideout at the entrance to the Children’s Village; Bearded Theory also boasts its own Ofsted Registered School. 2020 will see classes open for the 6th year – sadly, places were filled within moments of applications being taken.

And has become traditional, Bearded Theory will be again working with local Derby homeless charity The Padley Group, a shop/drop point will be set up near to the Woodland Stage, attendees are encouraged to donate food and clothing – for further details on this aspect of the festival head to the Info Page.