Bearded Theory began as an idea in a pub; a few friends – with no experience in organising gigs took the decision to put on their own gig in a pub beer garden…somehow, they spawned a monster, a monster that is now looking to celebrate its 10th Birthday!!

Bearded Theory is one of a handful of larger independent festivals, free from corporate sponsorship, business ‘tie-ins’ and the like – as such the festival organisers are able to book bands based upon their own tastes and those of their audience; as such the range of performers who have appeared over the past nine years has been huge, from the industrial post punk exalltations of Killing Joke to the cheesy Euro-pop of The Cheeky Girls, from the widescreen goth of The Mission to the genre defying PIL, from the folk rock of the Levellers to the brooding bass driven dark punk of The Stranglers; throw in appearances from the likes of James, Dreadzone, and Goldblade who played on despite the main stage being destroyed by a tornado in 2009, the cow-punk of Pronghorn, to the re-emergence of Adam Ant as the Blueblack Hussar; not to mention Ferocious Dog who have almost become the festival house band, initially appearing at the inaugural festival when the band was known as The Beetroot Kings, to in 2015 appearing on the Main Stage. 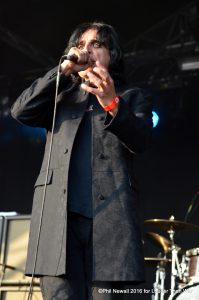 Over the years the festival has expanded its capacity from just 500 to a now year upon year sell out crowd of 10,000 who enjoy five stages, a funfair, a vast array of food outlets, numerous bars and in recent years organisers have offered an Ofsted listed school so no-one need miss the first two days of the festival. The range of stages allows the organisers to offer space to emerging new artists, and to allow that talent to nurture as often performers are invited back a few years later; bands like Roughneck Riot have over time been moved from outer stages to last year appearing on the main Pallet Stage, whilst the Magical Sounds dance tent now attracts performances from the likes of The Orb Soundsystem, Juno Reactor and Eat Static

Despite our long links with Bearded Theory (we were an Official ticket outlet in 2013 & 2014), organisers are refusing to divulge any of the bands and artists being considered for 2017; however they did give some clues as to the development of the festival for the 10th Birthday celebrations – for the first time the Main Stage will be open on the Thursday night, our source stating “Thursdays line up will be the best yet”. 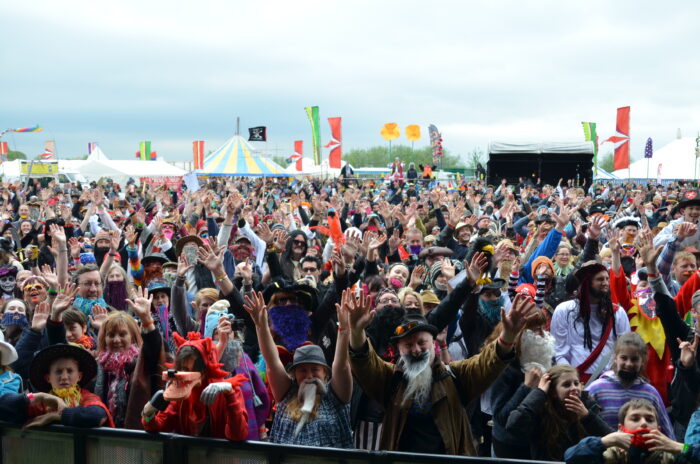 One of the sites best loved areas is the Woodland Stage, a compact all wooden stage built in a forest clearing that accommodates a crowd of 1500 but somehow retains a feeling of intimacy; Capt Hotknives described playing the stage as “like gigging in an Ewok village” – a village that was rammed to capacity for the 2016 headline appearance of Stiff Little Fingers who had probably not stepped onto such a  small stage since their days back at The Harp Bar. We have been somewhat cryptically informed that the Woodland Stage “will get further investment” for 2017.

We did press for a headline exclusive, however artist contracts prevented any names being revealed, however we were told “…the headline targets are phenomenal” – I am aware of one legendary band who were definitely in the sights of the organisers, a band who have not appeared in the UK for a few years; should this band be confirmed I anticipate the festival to sell out in record time.

Festival organisers are hoping to be in apposition to announce at least one headliner prior to the tickets going on sale.

Purchase points/ticket outlets are yet to be revealed; we suggest you regularly visit the ticket link for information as it is revealed.