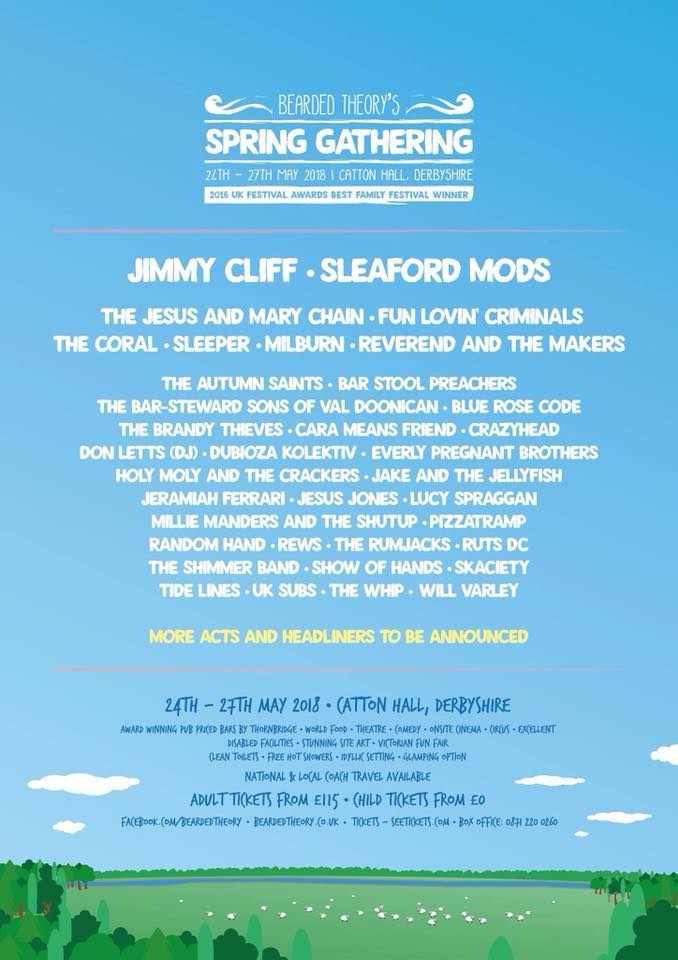 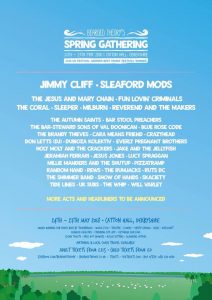 Bearded Theory organisers have announced the first wave of bands for the 2018 Spring Gathering;

The Woodland Stage line-up is progressing; Saturday the headliner isn’t quite ready to have their name in lights, but we are delighted to announce that WILL VARLEY and band will be joining us, alongside rock band REWS, celtic folk band BLUE ROSE CODE, indie folk band HOLY MOLY & THE CRACKERS, punk reggae band JAKE & THE JELLYFISH, rock band THE AUTUMN SAINTS and acoustic reggae act CARA MEANS FRIEND.

Sunday in the Woods is very much work in progress with the headliner not sorted just yet either, but we welcome RUTS DC, singer songwriter LUCY SPRAGGON, ska act MILLIE MANDERS & THE SHUTUP, festival kingpins PLEASE Y SELF and comedy act BARSTEWARD SONS OF VALDOONICAN

Thursday on the Pallet we welcome festival friends REVEREND & THE MAKERS, one of the best live bands to have graced our stage THE WHIP, ska act SKACIETYand one more to be announced soon.The Woodland is being taken over by legendary dub DJ DON LETTS and he will be showcasing an afternoon and evening of his favourite DJs. 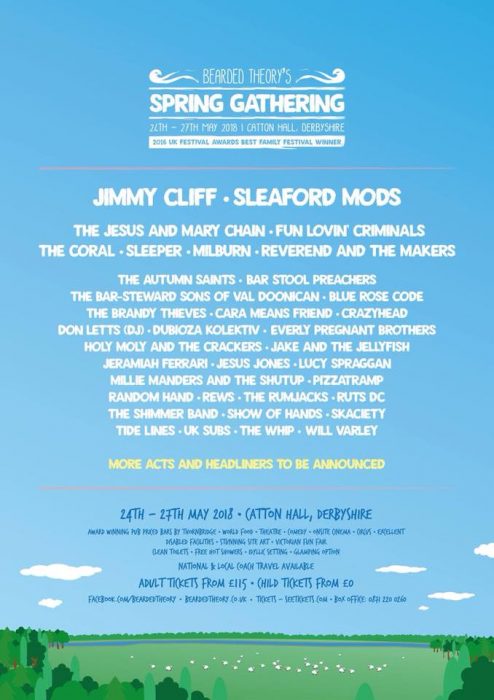 Bearded Theory consistently sells out prior to the gates opening; advance tickets are on sale now direct from Bearded Theory.