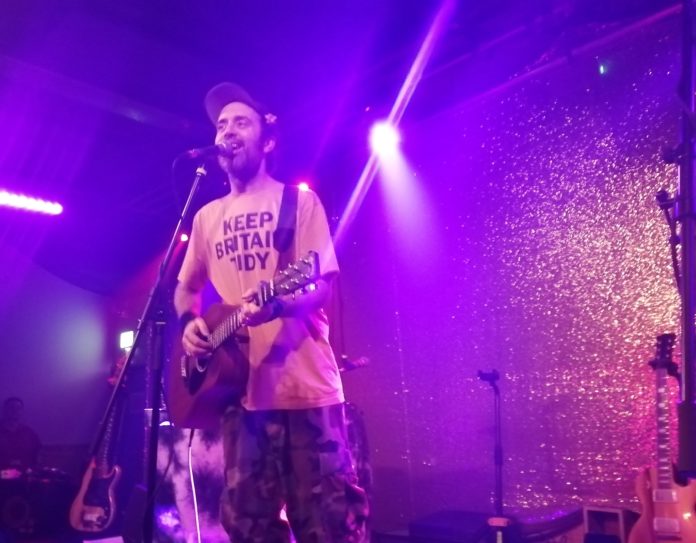 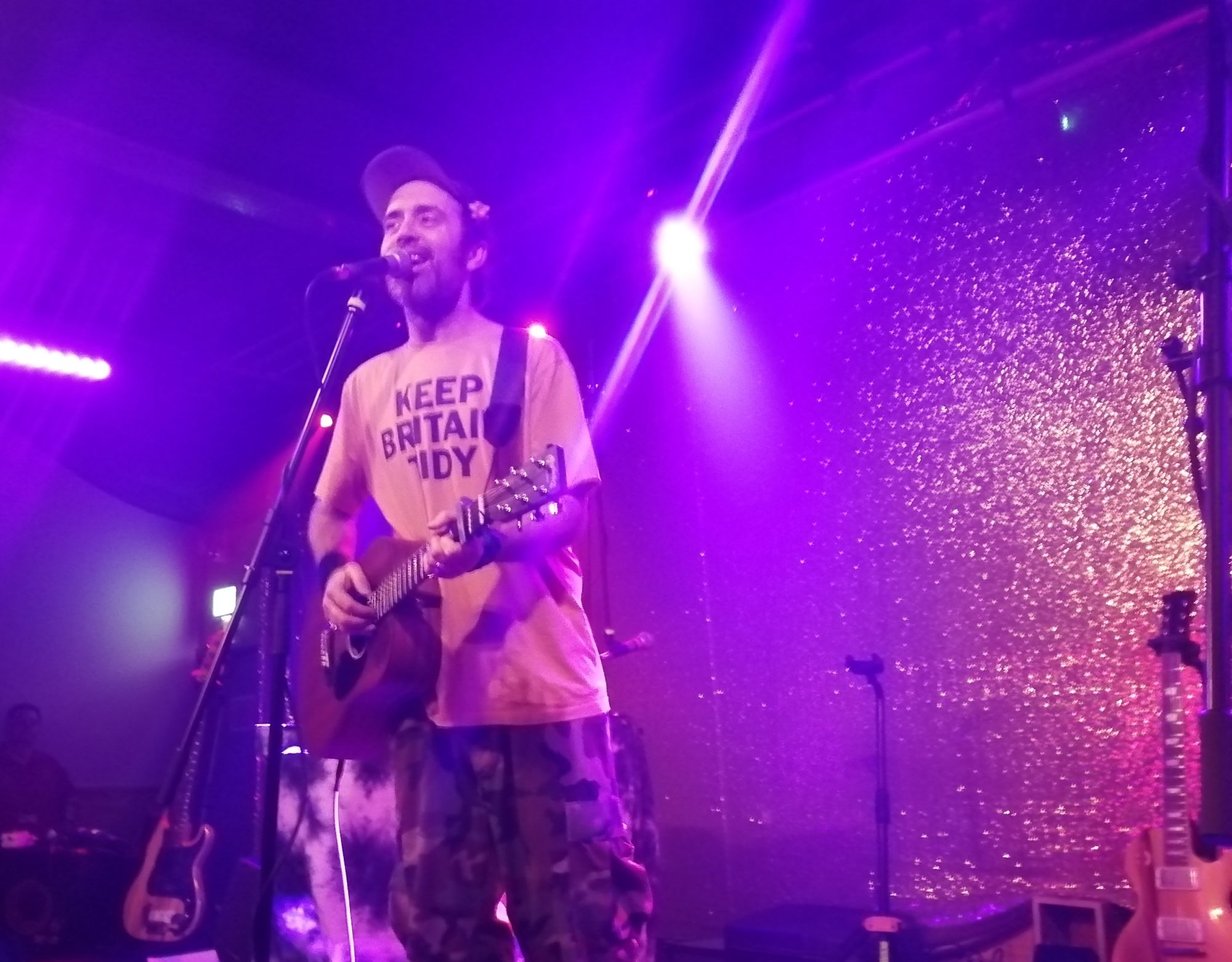 Andy Brown heads down to the Brudenell Social Club for Louder Than War to see Beans On Toast and his band perform songs from their new album The Inevitable Train Wreck, featuring support from singer-songwriter, Tensheds.

Essex-born singer-songwriter Jay McAllister has been performing his songs as Beans On Toast since 2005 when he first appeared on the UK folk scene. While much of his music has been recorded and performed solo, McAllister’s latest see’s him join forces with Kitty and Lewis Durham to create an album of authentic rock ‘n’ roll recorded on vintage, analogue equipment. The band are taking their mix of politics and rock ‘n’ roll out into Brexitland and tonight they arrive in Leeds.

I arrive in the Community Room at the Brudenell to the strains of tonight’s opening act, Tensheds. A fuzzed-out piano and impassioned vocals greet me as I make my way to the front, the freewheeling singer-songwriter howling over the insistent chatter of a Friday night crowd. His vocals in debt to the gargling-with-gravel growl of Tom Waits but with the drama occasionally reaching Meat Loaf levels of bombast. A heart-breaking ballad about a notorious suicide spot in Halifax is followed by a couple of bluesy foot-stompers. The breadth of styles is impressive yet it doesn’t always work. It is, however, hard to look away. Tensheds influences and his rather insane ability as a pianist are apparent and while the songs don’t reach the dizzy heights of his forebearers you can’t deny his ambition.

Tonight’s performance was always going to be somewhat unique; songs about Brexit, robots and the collapse of civilization performed by a rock ‘n’ roll band and helmed by a folk singer-come-poet. Clearly Beans On Toast has hit on a winning formula as tonight will be the artists first sold out show at the Brudenell Social Club.

Beans On Toast is a man with a lot to say; his outlook, politics and philosophy intertwined with his music. He gets us off to a fine start with an acapella rendition of ‘Money For War’, a song exploring the disheartening yet truthful adage that while the NHS and the poor struggle there always seems to be money for war.

‘World Gone Crazy’ comes next and the band, clearly well versed in rock ‘n’ roll, sound utterly fantastic. Kitty and Lewis alternate between drums and guitar while Tensheds returns to play bass and a bit of piano. If all this wasn’t exciting enough, the New York Brass Band (who actually come from York) bring yet more joy to the mix by peppering a number of songs with suitably euphoric bursts of trumpet and saxophone.

Beans is a natural storyteller; I can’t think of another gig I’ve been to recently where I’ve followed the words quite as closely as I have tonight. Conversational and free-flowing verse that somehow fits into an accessible, frequently catchy song structure. “There’s a whole of finger pointing going down/ but always at each other and never up above” he sings on the angry, empathetic and beautifully written ‘England, I Love You’ “I think we’ve been divided and conquered Mum”

He frees himself from his shackles (puts his guitar down) and jumps into the crowd for the superb, ‘Robin Hood Costume’. Tenshed on stage providing some backing as McAllister switches seamlessly into MC mode as he works his way through the Friday night throng. The smiles and cheer’s a testament to a genuinely joyful and thoroughly engaging performance; Beans On Toast certainly knows how to put on a show. A singalong to the bittersweet ‘Life Goes On’ really seals the deal, the whole room coming together. His latest batch of songs might explore some dark and troublesome subject matter but there’s no denying the hope and cautious optimism at their core.

The whole gig feels like a well-timed reminder. A reminder, if one were needed, to think about others and try your best. A reminder that although everything might seem grim, life does, indeed, go on. An artist with a social conscious, a near-inexhaustible supply of songs and an even bigger heart; Beans On Toast was exactly what I needed to hear tonight.

All words and photo by Andy Brown, you can view his author profile here.