Beak> have today released a new video for their >>> album track RSI. Recorded live for Aire Libre Radio in Mexico during the bands recent visit to the country, RSI showcases the band on peak form with Billy Fuller’s bass playing being a particular highlight.

2019 has been a particularly special one for the band as they continue the momentum started with the 2018 release of their critically acclaimed 2018 album >>> (this writers Album of the Year) and then the release of their Life Goes On EP. The band are also about to embark on their biggest UK tour to date which includes a sold out Clwb Ifor Bach. On top of that the band have sold out their fast-becoming-an-annual-affair charity fundraising ‘Give A Shit Xmas’ gig which features Idles, Billy Nomates, and Bootleg Blondie. The concert raises vital funds for South West homeless charities. 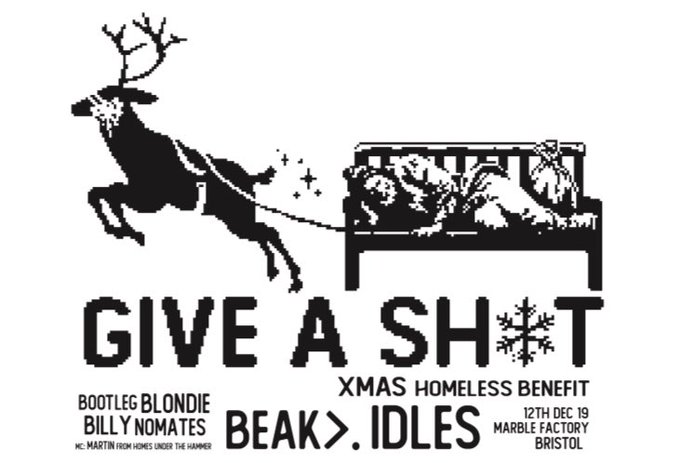 Another reason to be an excited Beak> fan is their upcoming Beak> Ender concerts in Leeds’ celebrated Brudenell Social Club which features a slew of great artists including James Holden, Thought Forms, Bilge Pump, Black Country, New Road and whole lot more yet to be announced. 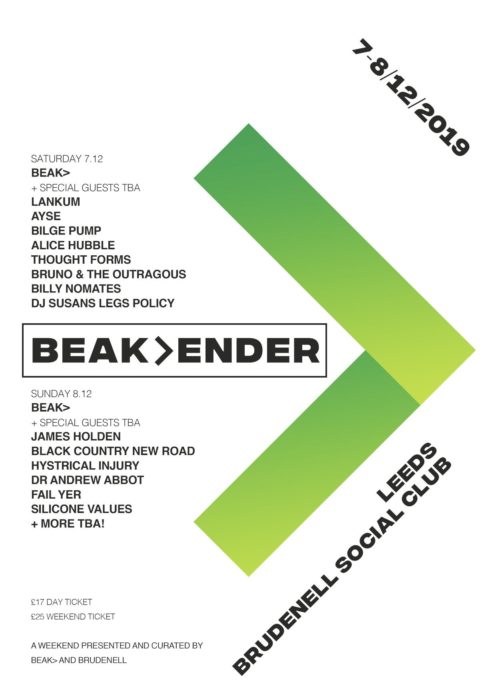 Beak> formed ten years ago. The trio of Billy Fuller, Matt Loveridge and Geoff Barrow soon released the twisted and raw debut album >. A clutch of singles followed including a wonderful cover version of Pink Floyd’s Welcome To The Machine before the band released their second album >> which saw the band develop their sound even further stretching beyond what > had achieved and into a sound that was dense and claustrophobic.

Over time the band have built an ever growing fanbase which really seemed to expand following the release of their Beak> <Kaeb EP which featured rapper Jonwayne and included their finest song to date When We Fall (which would later feature again in an extended form on the bands third album >>>). Beak> were also responsible for the soundtrack to Tom Geens’ great film Couple In A Hole.

Matt would leave the band to focus on his solo work with Will Young (Moon Gangs / Modern Nature) replacing him. Beak> would go on to release a 7″ single called Sex Music which was a surprise Valentine’s Day hit with the single at one point, I believe, topping the vinyl singles chart. With Young on board the band focused more on their live work with tours getting bigger and featuring a support slot for Arcade Fire on their last tour. 2018 would then see the release of the bands finest album to date >>> which featured Brean Down a song that featured heavily on 6 Music.

The band now head out on tour (see full dates below) so it is a great time to be a Beak> fan of which I am unashamedly one. Seeing the band play bigger and bigger venues is an absolute joy so raise your glasses and toast ten years of one of our finest bands. Here’s to the next ten… 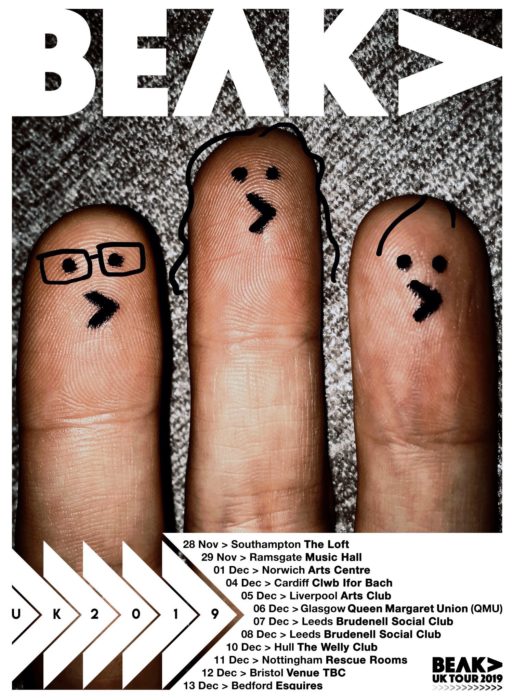 Tickets for the tour are available here: https://www.seetickets.com/artist/beak-/580432