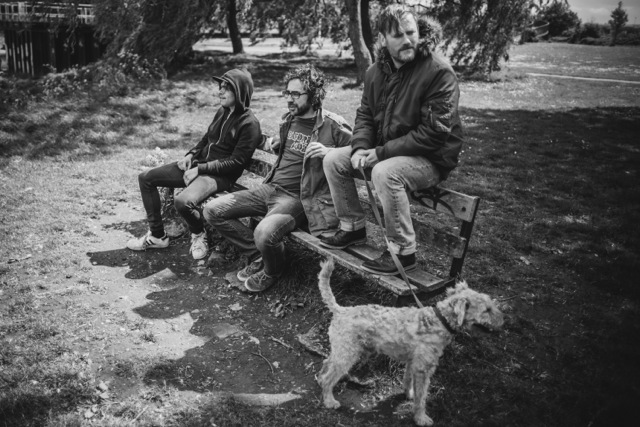 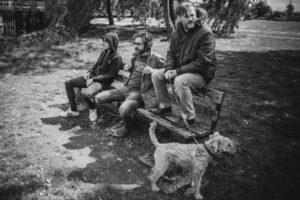 Invada Records are to release a brand new four track ‘double B-side’ EP, featuring two tracks from BEAK> and two from their ‘alter-ego’ <KAEB. The latter band differs from the former in that they’ll have the same band members as usual bolstered by “an ever expanding and floating membership” which, in this instance, will be vocal contributions from Californian based artist Jonwayne.

BEAK> are Billy Fuller, Geoff Barrow & Matt Williams. The trio hail from Bristol, UK and are signed to Invada Records. They have released two full length albums and several EP’s / singles, most of which we’ve reviewed on Louder Than War. We liked their last album so much that it placed quite highly in the top half of our 2012 “albums of the year” list.

On the new record the track breakdown is…

BEAK> have toured Europe & North America several times including performances at Primavera, Glastonbury and numerous ATP festivals. The band have also toured with artists such as The Horrors, Chris Cunnigham, Savages and Earth.

BEAK> have also recently completed a score for the upcoming Tom Geens psychological drama ‘Couple In A Hole’. The movie and score will be released later in 2015.

BEAK> can be found on Facebook and their members tweet variously as @jeffury, @timetemple and @fourstringer while the band itself goes by the handle @beakbristol.

Check out their music on Bandcamp.