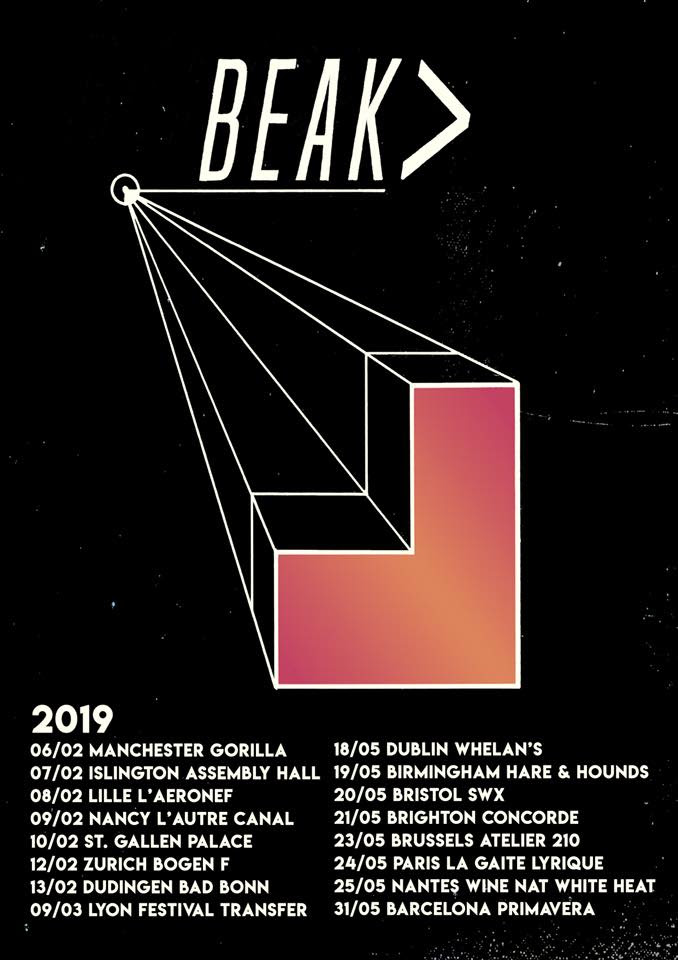 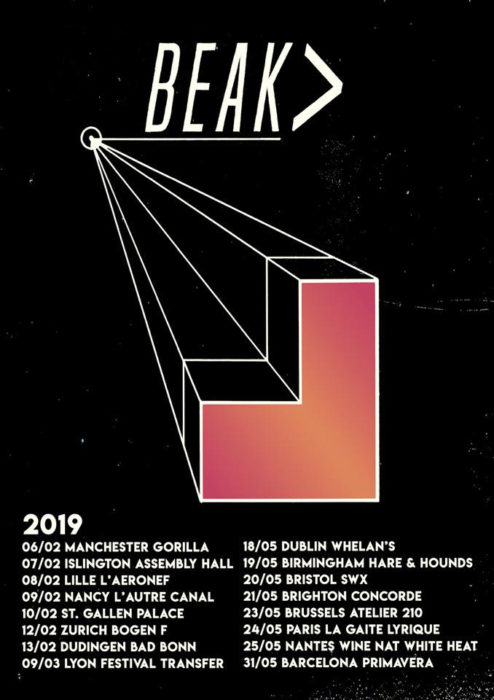 Fans of Beak> are in for a real treat today as the trio (Billy Fuller, Geoff Barrow, Will Young) have announced new tour dates, released a video for the much-played single Brean Down and a picture disc version of their acclaimed third album >>>

Following on from the success of 2018, Beak> now continue their momentum by announcing new tour dates for 2019 which can be seen on the official tour poster above.

The band have also released a video for ‘Brean Down’ which was the breakaway single from >>> and one which received a lot of airplay last year. You can watch the video below:

Finally, Beak> have also announced a picture disc version of >>>. The picture disc features front and back artwork on each side, and comes housed in a spined sleeve with digital download card included.

Beak>’s third album ‘>>>’ was featured in a range of end of year charts, including Louder Than War, BBC Radio 6 Music, Rough Trade Records, Uncut Magazine and much more! 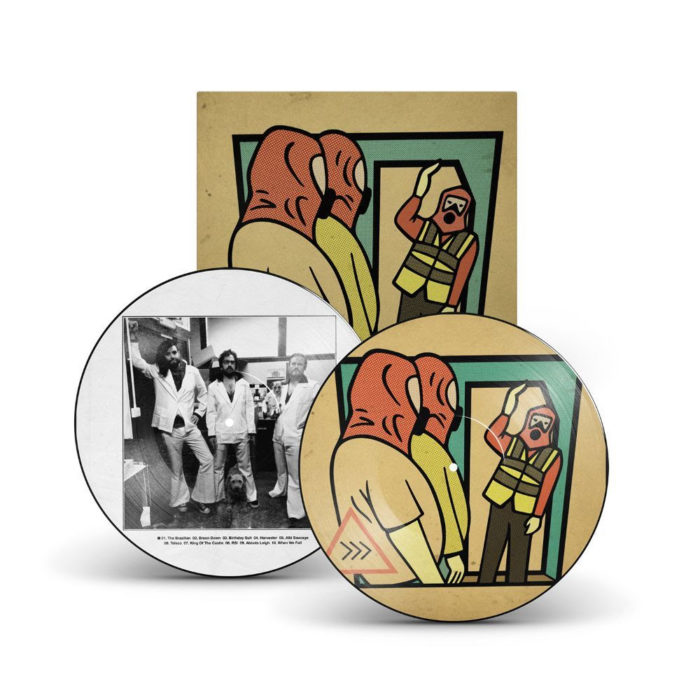