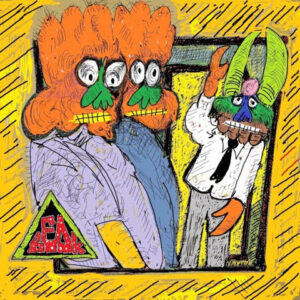 Following on from the release of ‘Life Goes On’   Beak> have announced the full details of their forthcoming EP plus shared a new track ‘We Can Go’ which you can listen to below.

Released on the 21st June via Invada Records, ‘Life Goes On’ is a brand new four track EP which intriguingly features a Mario Batkovic  of the >>> album track Allé Sauvage.

‘Life Goes On’ came about after the band returned to the UK from a visit to Mexico City. Inspired by the trip the trio headed straight to the Invada Studios where they recorded the title track plus two extra songs.

The Bristol trio have just finished a string of sold out UK & European shows and this week perform at Primavera which kicks off their string of Summer festival dates. Full list of shows below.