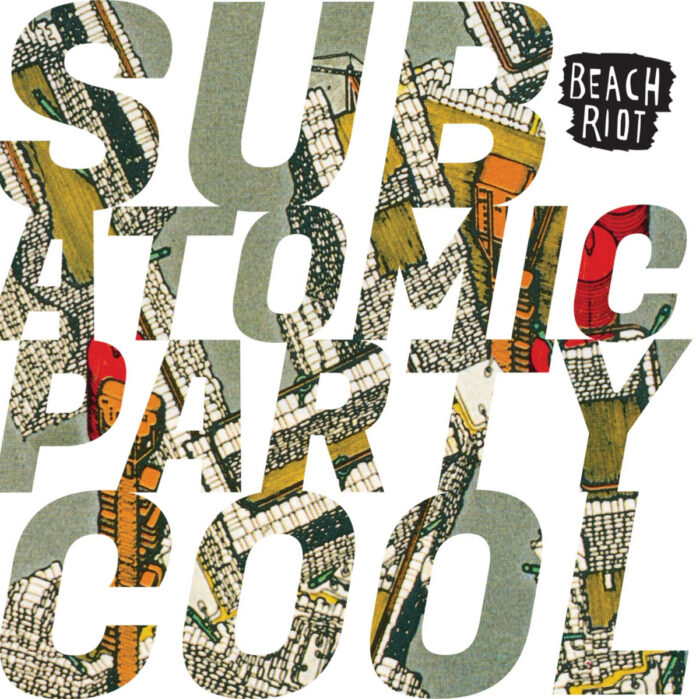 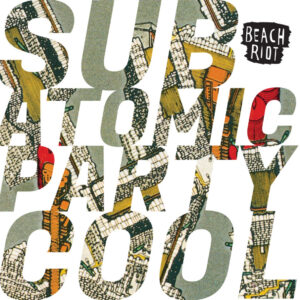 Beach Riot’s full debut is a heady mix of cranked up 90’s grunge and alt-rock from a band on the rise.

The album was released earlier this year, but, with the band finally out on the road in support of it, now feels like a good time to check out Beach Riot’s Subatomic Party Cool.

The band first hit our radar in February of 2019 with their self-titled EP, crunching with Mudhoney-level fuzz and QOTSA groove, with an added dose of Britpop in the mix. It was four tracks that showcased what the band were capable of and, on their full debut album, they have continued to build on it. The album kicks off with B.A.D and immediately dives into that Songs For The Deaf density and drive that wraps around your ears. The vocals don’t attack like their peers and influences would but rather meld into a layer of sheen, doubled up to add to the effect even more. It’s the play between singers Rory and Cami that marks them out from other bands of a similar vein, a floating crystalline that adds sheen to their blend of hard rock, harking back to the British alt-rockers around the turn of the millennium like JJ72 and My Vitriol.

When they drop the pounding pulse of the album to being in something a little different, such as on Good To Know (That I’m Still On Your Mind) they show that they really are capable of producing something special. The guitars riffs rise up as the vocals cascade over a sparsity while the rhythm section keeps it tight and moving forwards. It was a highlight on their previous EP and it has served them well to drop it in the album too. Modern Dinosaur, which follows, blends the two ideas together into a schizophrenic riot.

Recent single Wraith doubles down and builds up layers of chaos, the repeating lyrics of the chorus hypnotising before they sign off the first side with Unrequited Love, a song the whispers somewhere around Nirvana’s Marigold. Flip over and side B rockets straight from the traps with Medicine For Success, back firmly once again in Queens’ territory. It’s certainly where the band find their comfort zone and songs like Faze and She’s A Hurricane play out well, the latter no doubt causing body slamming riots in the pits up and down the country right now.

On Subatomic Party Cool, Beach Riot have written an album that shows that they potentially have a bright future ahead of them.