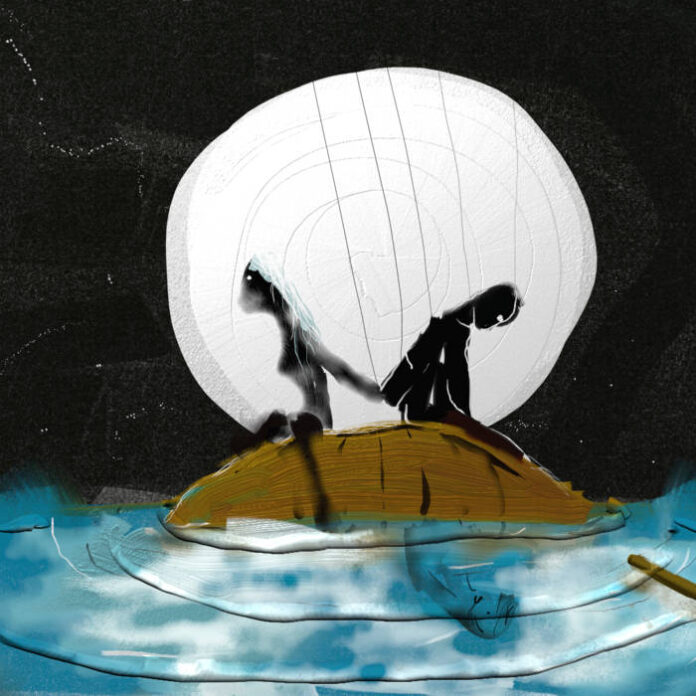 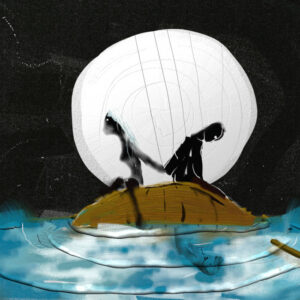 Dublin label Paper Trail did us the immense service of putting out the new Cloud album earlier in the year.  Had they left it at that, their mark on 2015 would have been assured.  Pleasingly, however, they’ve refused to stop there and now bring us this mercurial bedroom pop gem.

Originating in San Francisco, Beach Moon/Peach Moon work in a familiar enough idiom of introspective, guitar-laden melancholia but it’s the uplifting, intoxicating nature of both material and treatment that lifts them well above the many thousands of wannabes who attempt something similar but get nowhere near.

Opener Philosophy of 23/24, with its ‘glass is always full’ mantra, sets a compelling tone for the release before its understated splendour is developed more fully still in the gorgeous gentle battle of guitars and harmonies that is Party in the Backstreet.  Its template established, Kite Without a String proceeds to drag you in and stroke your senses with a warmth that never once feels forced or clichéd.  The six minute Firefly Stars is a case in point: an undulating masterpiece that somehow manages to be both brittle and overwhelming.

There’s a hypnotic charm about this album that will leave you finding bits of it floating around your head whether you want them to be there or not.  Submit to its gentle grip.

All words by Mark Whitby, find his Louder Than War archive here.