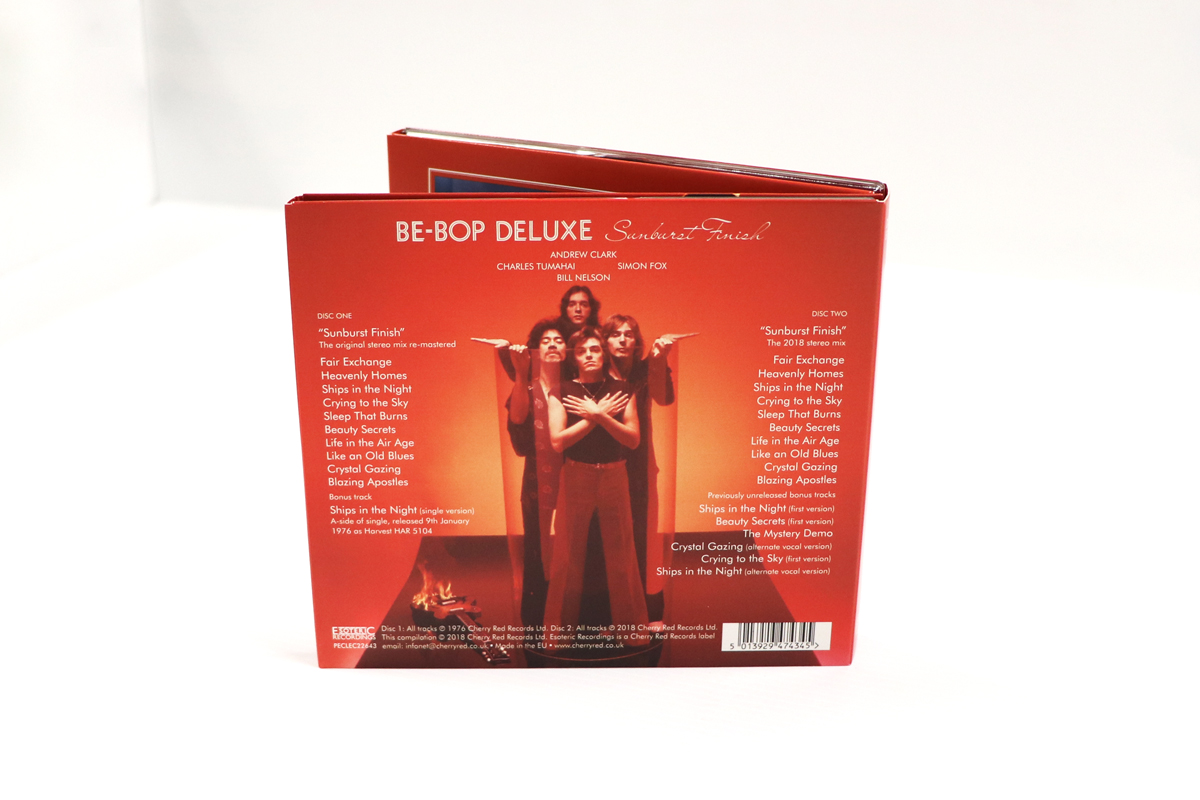 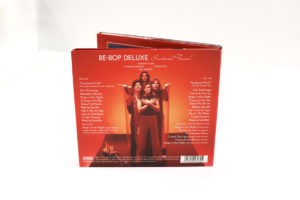 2CD Reissue of Be-Bop Deluxe’s third LP, originally released in 1976, plus a new stereo mix and 6 unreleased tracks. A 3CD+1DVD version is also available….LTW’s Ian Canty looks at a band that was one step ahead, soundly based in Rock & Roll, but always had an extra idea to crowbar into what leader Bill Nelson looked on as an “art project”…..

Be-Bop Deluxe, because of their manic ambition to go in every direction and ideas overload, were one of the few “old” bands it was still ok to like in the Punk era. It made sense, because the innovation and sheer range of BBD would echo down the years in many of those who were deemed Post Punk. In leader Bill Nelson they had a great guitarist, a fine singer and visionary creative force that could swing the band towards the spacey sound of David Bowie in one verse, before taking on Hard Rock all comers in the next, all the while seasoning things with a little Proto Punk like a Prog Doctors Of Madness. As such they were difficult to pin down in the early days in the 70s, having some of the otherworldliness of Glam, the musicianship and ability to experiment of Prog, plus a firm rooting in Rock & Roll that kept things from getting too arty farty.

Sunburst Finish was the band’s third album and represented a bit of a breakthrough, in that they scored a genuine hit single with album track Ships In The Night and the LP itself cracked the UK Top 20. The, ahem “of its time” cover apart, this record has held up remarkably well, with each track bridging into the next via segues, gently introducing each a new experience. The first song Fair Exchange crackles with energy, fast and snappy percussion and urgent guitar work giving way to an opulent progressive square dance, before Rocking back to the bright lights and seamy streets of the city. There’s almost too much going on – almost, but Nelson and his troupe always knew not to over-egg the pudding. The following Heavenly Homes offers respite, a calm but flowing Pop Rock monster which showcases Bill’s fretboard pyrotechnics.

Moving onto Ships In The Night, the hit, this has a tight Reggae rhythm bolted to the Power Pop joy of the song itself. By his account not Bill Nelson’s favourite Sunburst Finish offering, but this record introduced many to the world of Be-Bop Deluxe, so it more than served its purpose. In my view a great single in its own right anyway. The dreamy intro of Crying To The Sky introduces the pure emotion of the song, slow and spacey. It could be just Stadium Rock in other hands, but Be-Bop add a further sheen of Psychedelic strangeness that sets this vast creation far apart from the herd. Sleep That Burns is wonderful, a red-hot fast paced beauty with a massive amount of kick, that then madly goes into a waltz beat in the second half.

Side 2 of the original vinyl LP started out with Beauty Secrets, acoustic folk sort of beginning merging into something the Who might have penned if they weren’t so bloated by the time. A truly inventive piece of Pop Rock. Almost Funk percussion begins Life In the Air Age – it is wise to remember that Be-Bop Deluxe were a summation of their parts, with the band members Charlie Tumahai, Simon Fox and Andy Clark all bringing something different to the table as well as Bill. The potent mix that these disparate influences produced is lucidly displayed here and kept them sounding staid and from showing off for the sake of it as well. So many ideas as I said and the ecological message of the lyrics and Nelson’s perceptive mindset plus Yorkshire common sense is revealed in the parting shot line “it’s grim enough to make a robot cry”.

The sunny and bright intro to Like An Old Blues leads us into a neat piece of Boogie Rock & Roll. Crystal Gazing is their closest brush with big production Pop, a mighty 70s comedown song with strings aplenty. The final offering Blazing Apostles (the lyric a dig at mad evangelist cults in the US – so still pretty relevant today) has a hint of the Velvets in its Proto-Punk kick, also throwing in Duane Eddy licks and electronics. Fittingly for an album that pre-empted the flood of machine music, the LP ends with a disembodied answerphone voice repeating “Good evening Blazing Apostles can I help you?”. As an extra on this disc we get the single version of Ships In The Night.

Mostly, when I see that a new stereo version has been added as a bonus disc to a reissue, I would prepare myself to be nonplussed and I’m usually right. But here Stephen W Tayler has done a fabulous job and Sunburst Finish in this form sounds sharp, vibrant and alive. I try and steer clear of other reviews before writing something up, but did glance at Shindig’s take. There it said words to the effect of this new stereo version actually improving on the original mix and on hearing it I’m inclined to agree. Everything is given an extra boost. Six tracks are appended to this disc as bonuses, with the pick for me being the even more immediate and punchy skank on the first version of Ships In The Night and the enigmatic The Mystery Demo. A Jazzy acoustic piece of stunning self-analysis by Nelson, it’s a corking addition to this set.

The lyric to The Mystery Demo starts with “I read the stars, they say the future is ours”. Now this might not quite have been the case as Be-Bop Deluxe would only last for another couple of years, but though their rapid musical shifts might not have resonated with Punk itself, they certainly did later. Post-Punk bands’ spirit of adventure and musical magpie moves could been easily seen as following Be-Bop’s footsteps, the Skids for one certainly found inspiration in their works. Bill Nelson I am sure is far too modest to state it himself, but by the time of Sunburst Finish Be-Bop Deluxe were pointing towards the future as much as anyone. This LP is still very satisfying listening, teeming with more ideas in one song than most bands’ entre careers, but without any hint of smugness or pointless jamming and often a fleet of foot pacing as fast as the Ramones.

I only got the two disc version for review here so I don’t have too much idea what the 3CD/DVD edition sounds like (the third CD features a BBC In Concert set from January 1976 and a Peel session from a month later. The DVD 5.1 surround mixes of the album, two songs from the Old Grey Whistle Test in January 1976 and a promotional video for Ships In The Night), but this two disc version hits all the right notes – Be-Bop Deluxe were at their peak here and Sunburst Finish, in this polished and great sounding edition, would be as good a place to start for the uninitiated as any. If that includes you, I am truly envious, you have some much greatness to discover.