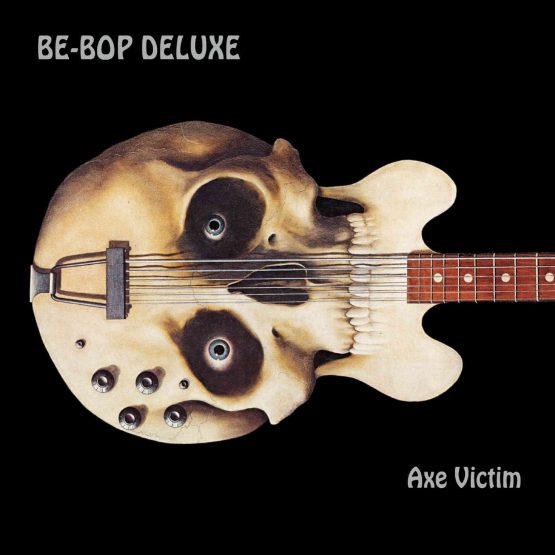 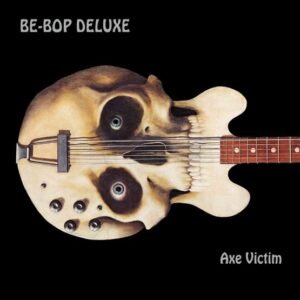 Welcome reissue for one of the best seventies debut albums from Yorkshire’s finest glam/prog rockers.

In the days before he jumped on the punk bandwagon John Peel had always been a champion of new music on Radio One and he was an early fan of Wakefield’s Be-Bop Deluxe led by guitar virtuoso Bill Nelson.

Despite the fact Nelson was still finding his feet as a songwriter, this remains one of the more interesting pre-punk British debuts melding glam rock, hints of their future prog direction and more than a touch of Bowie.

This double CD version has been remastered from the original Harvest master tapes produced in 1974 by the often hands off Ian McLintock, and as you might expect from a label out of the Cherry Red stable they’ve thrown in a brand new stereo mix too.

Both versions add power to an already strong record which opens with the title track as they set their stall out. It’s semi autobiographical about being in a band in this period as they note the execs “Hoped you’d dress like tarts’; and Nelson showcases his glorious ringing guitar breaks as he professes to be”‘High on the silver strings.”

Love Is Swift Arrows has more than a touch of Bowie, and Nelson turns in some licks quite likely inspired by Hull’s finest guitarist, but that’s not surprising as the Thin White Duke must have seemed such a god during this period.

Babe Ruth violist Jenny Haan adds her distinctive voice to Nelson’s choppy guitar on Third Floor Heaven before the acoustic angst of Night Creatures, inspired by an Edward Hooper painting, changes the pace as the band examine the travails of being an artist.

The highlight of this album is long-time fan favourite Adventures in a Yorkshire Landscape as Nelson essays a love letter to his home county. Coming in on an acoustic this tight band spiral off into the sort of prog territory the band will later explore more fully, and Nelson’s outro soloing is a reminder he is one of our nation’s best guitarists.

Darkess (L’Immoraliste) is the only song composed on piano with McLintock adds stings and a choir to a song that could only have been recorded in the seventies, but whilst it feels a touch dated it shows that Nelson was already looking ahead to new directions.

And that’s true of the band who Nelson split with straight after touring this album as the shows revealed to him their limitations.

As well as the new mixes die-hard fans can luxuriate in seven bonus tracks with different remixes on the two CD version. The four-disc version has 41 bonus tracks – yes, really – including their audition tapes, unreleased Peel and BBC sessions

No expense has been spared as Nelson contributes his own version of events in a lavish booklet full of previously unseen photos, and there is even a facsimile record store poster thrown in.

As is so often the way in music some great bands never quite get the success their work deserves, and that is true of Be-Bop Deluxe.  But those in the know are well aware just how good they were, and this lavish reissue of Axe Victim is the perfect introduction to Bill Nelson’s singular musical vision.