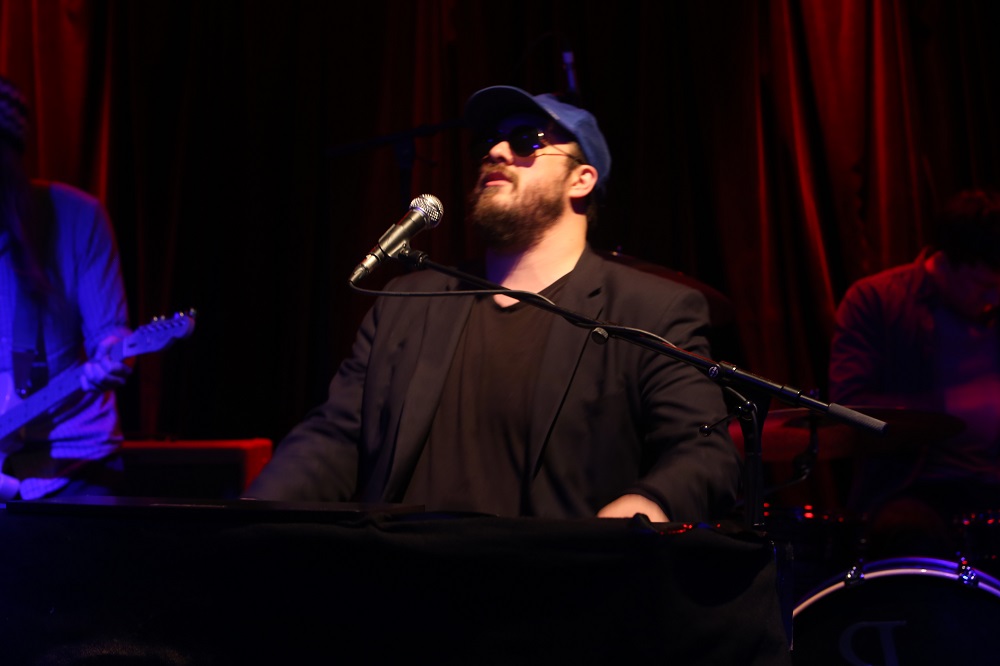 BC Camplight- aka Brian Christinzio – is a born again songwriter who has resurrected his career from a deep pit of depression and substance abuse that would have destroyed lesser talents.

But just as his career was taking off with his 2015 Bella Union comeback album How to Die in the North – and an appearance booked with that pillock Jools Holland on Later – he managed to get kicked out of the UK for a visa violation.

Thankfully all that chaos is all behind him, but you still get a whiff of sulphur from the stage as he launched into a meaty version of his best track You Should’ve Gone To School banging away on his piano centre stage like a demented Billy Joel. Full marks to keyboard player Robbie Rush who manfully struggled to fill in the female parts of this minor classic.

Homeless in Philadelphia the then desperate Christinzio famously relocated to Manchester on the basis of a fan’s tweet, which he says ‘saved his life’. So it’s not surprising his band in full of Mancs who do justice to Grim Cinema detailing some of their leader’s travails.

The band cleared off the stage as Christinzio did a solo version of Atom Bomb for the venue’s stage manager, which was a welcome relief from the band’s barrage of sound, and underlined what a good songwriter he is.

With the band back in place Thieves In Antigua was great fun with more than a hint of The Tubes as Christinzio jumped up and down like a slightly less manic Jerry Lee Lewis. All bands these days point their fans to the merch stall, but Christinzio really needs the cash as he plaintively pointed out that he owes ‘five grand to an immigration lawyer.’

A very short set concluded as BC Camplight thrashed their way through a cover of the MC5’s The American Ruse which they had learnt for a Marc Riley session the night before.

It’s great to see BC Camplight back on form, but next time he needs to play a bit longer, and there should be some new material as he can’t rely on material from How to Die in the North – as good as it is – for much longer.

Catch up on BC Camplight live dates -including a gig at Manchester’s Ruby Lounge -at www.bccamplightmusic.com/live or follow him on twitter as @bccamplight.

To find out about future gigs at the Trades Club go to www.tradesclub.com or follow them @thetradesclub.

All words and images by Paul Clarke. You can find more from Paul in his author archive.