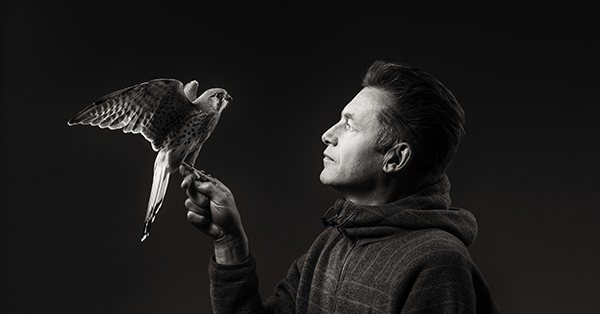 ‘It’s a free country’ is one of the most meaningless expressions muttered moronically most days.

Friend of Louder Than War with an impeccable taste in music and punk rock (check his top 10 favourite punk gigs here) and Springwatch presenter Chris Packham is the subject of  a BBC investigation into  over an alleged breach of impartiality rules after a complaint by the Countryside Alliance over his anti-hunting views.

The TV presenter seems to have hurt the feelings of people who like killing things by calling them ‘the nasty brigade’ in last October’s BBC Wildlife magazine. Not sure how hurtful this expression is but surely it hurts a little less than being torn apart by a pack of dogs.

Chairman of the Alliance, Simon Hart MP (obviously being an MP sees plenty of spare time for whinging) wrote to the BBC to take action, saying: “We cannot stand by and continue to allow Mr Packham to use the status the BBC has given him to spread propaganda which has a direct impact on the lives of our supporters.”

The BBC will assess whether Packham breached editorial standard guidelines and will publish a decision in September. Maybe Simon Hart MP thinks a presenter of a wildlife programme would prefer a nation devoid of wildlife after it has been harried and chased away and killed.

Recently Chris annoyed another of the tough guys, Ian Botham – a man who likes to be known as ‘Beefy’ with his anti-grouse hunting campaigning.

Botham  told the Mail on Sunday, Packham damaged the reputation of the BBC’s wildlife team for impartiality.

He added: “When next month the BBC Trustees announce their solution to their Chris Packham problem, they may tell him to spend more time with the birds, away from the cameras.”

The former cricketer wrote that Packham “can not be convincingly neutral” and his comments “drags down confidence in the Corporation among rural communities”.

Next time some kids on a council estate chuck a cat in a dustbin and set fire to it maybe they could shoo the police away by claiming they were hunting like Simon Hart or ‘Beefy’ like to talk about – or is hunting a rural only past time?