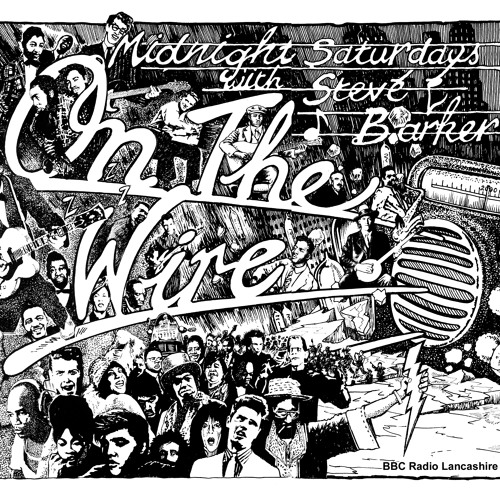 We’re big fans and supporters of Radio Lancashire’s On The Wire at Louder Than War. If you’re unfamiliar with the reasons why, there are several articles on the site which deserve your attention. Having escaped being taken off air several times in the past (but surviving – once with the help of a certain John Peel), it looks as though the BBC have now called time. For all its listeners and admirers, it is news that is heartbreaking.

Here’s a statement from Steve Barker, the shows presenter, and the On The Wire team:

“The last time On the Wire was broadcast on the BBC was on 14th March this year – the 1850th edition of the show – the week after that lockdown happened and all BBC local stations went on to a basic structure with minimum staff.

This week the BBC announced that, as ‘part of its future plans’, the basic structure for local radio would remain as it is now and all late broadcasting would be shared across the local network, those slots would eventually be competed. For On the Wire this inevitably means the end of its relationship with the BBC.

For me personally and the On the Wire team, no BBC representative has taken the trouble to formally inform us that On the Wire is not required, discuss any possible future for the programme or even thanked us for running the show without break since 1984….. or even said anything at all, save the local manager telling me by a quick phone call that I would not be getting another contract and he was really sorry ……

Since that last broadcast we have continued on Mixcloud and we intend to keep on putting out shows every week at Saturday midnight with no changes to our modus operandi other than we could run over time a bit ………..

So, thanks to you all for your support and friendship over the years, whether you are a listener or involved in music. We are sure you will agree there is no other show “like On the Wire” on UK radio, and although we will be on Mixcloud it will never be quite the same. We did not leave the BBC, the BBC left us ….

If you feel moved to voice your opinion then I know the BBC is always open to feedback, best write to the station manager at BBC Radio Lancashire john.clayton@bbc.co.uk and copy to the Head of BBC Local Radio chris.burns@bbc.co.uk”

Links for listening again via BBC’s radio player can be found at otwradio.blogspot.co.uk, or the shows Mixcloud.

~All words by Paul Scott-Bates. More of Paul’s writing on Louder Than War can be found at his author’s archive. Paul’s website is hiapop Blog and you can follow him on Twitter here, and on Facebook here.