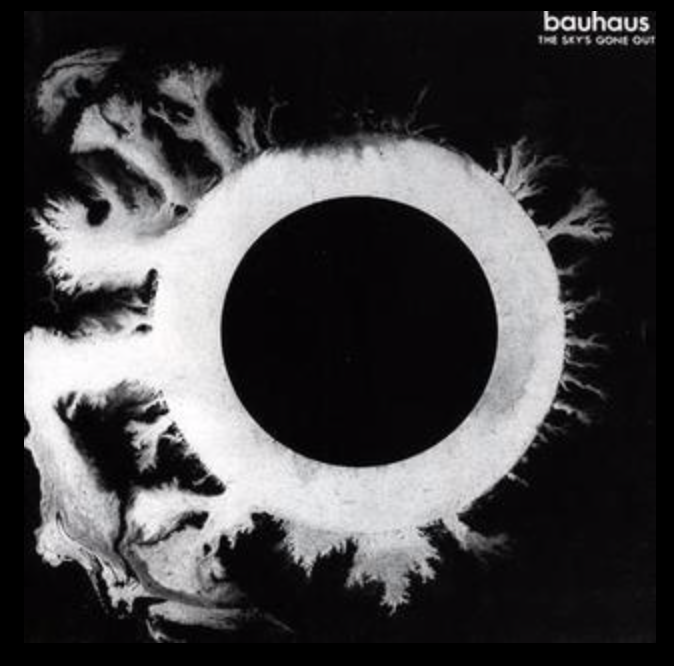 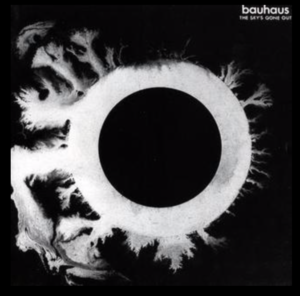 The Sky’s Gone Out

Listen to this in-depth interview with guitarist Daniel Ash with @johnrobb about how they wrote it in their first rehearsal and recorded it weeks later. A true insight into the genius of the band.  LISTEN HERE

A brave move tackling one of Eno’s lesser-known vocal songs (Third Uncle opens side two of 1974’s Taking Tiger Mountain (By Strategy) but as with previous Bauhaus covers, it remains faithful to the original arrangement but with a turbo attached, Daniel’s trademark razor-sharp guitars once assumed relegated to earlier material are in fact here in abundance and non-more so than here in this blistering opening number (see also In The Night) A killer bassline triggering a return of the duelling drums, almost immediately Peter’s Conga’s are going head to head with Kevin’s kit whilst Daniel’s incredible stabbing, screeching and swirling guitars and everywhere held together by David’s pounding bass lines. Never has a more powerful statement opened a Bauhaus album than here, Double Dare held that mantle…until now.

The now bright and shiny gorgeous opening strings of Silent Hedges have really lifted this ever- popular number, Peter’s multi-track vocal sounding better than ever, yet once more it’s Kevin detailed drum patterns that are once again brought to the fore.

In The Night, a once discarded number from the early days, now remastered is resurrected as a furious, devastating number, David’s bass hook has one immediately captivated but here it’s Daniel Ash’s guitar that dominates, with an explosive array of styles, slashing, chopping and at times piercing, reminiscent of Nerves (from In The Flat Field) building to a drop-dead climax. One does wonder why they chose to drop this one so early in their career but one should also be very grateful that they brought it back…gloriously.

The theme so far with the remastering of this, their third and most popular album (in terms of chart position), is Daniel’s guitar and Kevin’s drums and Swing The Heartache continues in this vein, this one is an incredibly complex piece, often overlooked and rarely touched in the live environment. Making full use of the homemade clap-trap trigger on his drum, Kevin is seriously beginning to experiment here, with incredible results. The listener is enticed by an eerie atmospheric intro that suddenly blasted to pieces by an onslaught of Kevin’s precise machine gun bullets, the wasp synthesiser used so effectively on Of Lilies And Remains (from Mask) makes a welcome return, once clambering to be heard here amongst the swathes of treated guitar is now unmistakably audible. Swing The Heartache is, without doubt, the albums new highlight.

A problematic song for Bauhaus, Spirit is re-vamped and reverted back to its original demo arrangement for this outing, closing side one. All the hallmarks of classic Bauhaus are here though, fully intact, an untainted twelve string intro, an intricate, busy drum pattern and a dominant vocal from Peter that culminates into a band refrain of ‘We Love Our Audience’ that itself becomes lost in a frenzy of feedback, backward looped and bowed guitars, all the while the chant is still audible, but its perhaps the intermittent backing vocals here from Ash and J that have benefitted from this overhaul, again, this one has many layers, Bauhaus making full use of Rockfield studios tracking facility.

The serenity of Peter Murphy’s naïve guitar is a welcome mood change from the feverish onslaught of side one. Often thought of as a full instrumental, The Three Shadows (Part one) now reveals clearly that there are actually ribbons of backing vocals stitched into it. Its more intricate elder

sibling the second part of this trilogy also reveals many hidden attributes, concealed amongst Peter’sremarkable vocal delivery is a complex piano backbone that now reveals itself in shiny new colours, giving the song a whole new resonance. But its perhaps part three that really comes to the fore in this new edition of The Sky’s Gone Out, bringing out some lustrous backing vocals that were very much lost in its first outing, another highlight of this record.

The gorgeous All We Ever Wanted Was Everything, is unassumingly stunning in its simplicity. Basic guitar strumming from Peter leads the way for Daniel to drip feed his trademark atmosphere into it. Much like The Three Shadows (part three) this one also reveals some previously unheard backing vocals provided by Daniel Ash.

David’s acapella delivery of his ‘Life Is But A dream’ opening segment of the resplendently experimental Exquisite Corpse, gradually drowns amongst an array of bass, backward guitars and a similarly backward drum pattern (courtesy of the Spirit single) bleeding into the next segment, a rather complex Peter Murphy fragment is now revealed to contain a very strong, once inaudible, vocal backing, although Daniel’s initial vocal during his segment, however, does seem to get lost somewhat amongst the busy-ness of the track. The snoring comes courtesy of engineer Derek Tompkins and finally re-instated after years in the digital wilderness is his ‘hidden’ My Babynarrative, this album in its digital outing somehow never felt complete without this….

The Sky’s Gone Out reveals many new jewels in 2018, dig deep and you will find them.