Home Music Reviews Album Reviews Bauhaus ‘Press The Eject And Give Me The Tape’ ... 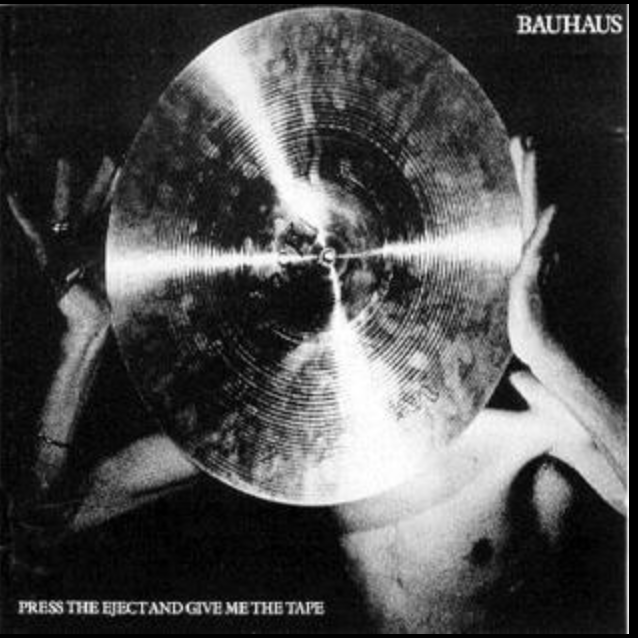 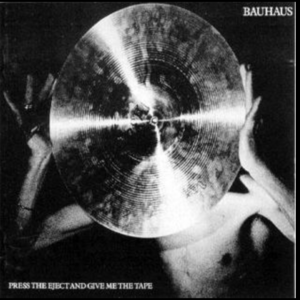 ‘Press The Eject And Give Me The Tape’

‘the excitement of live Bauhaus is given the full remaster treatment’

It’s incredibly difficult to believe that this record has never had an overhaul since its original 1982outing, although re-issued in 1988 as part of Beggars Lowdown series (Mid-Price) but that one also utilized the original master, so I was expecting great things with this one – and great things have very much been delivered. Original sleeve errors corrected and the collage poster included in that original pressing has now taken on a new resonance by becoming the rather stylish inner sleeve!

Bauhaus in their live heyday were a ferocious force and this record is a testament to that, opening proceedings is a raging In The Flat Field that somehow feels far more threatening here than the original studio version with a perfect live balance of bass, drums, guitar and incredible vocals.

Quietly tucked away on the flip John Cale’s Mercenaries 45 was Rosegarden Funeral Of Sores which is tackled here but whilst Cale’s original is outright creepy this astonishing live take is simply terrifying and incredibly powerful, the definitive live take captured here somehow makes their own studio version rather pale and lacklustre by comparison. David J’s hypnotic bass line fused with sterling vocal performances from both Peter Murphy and Daniel Ash make this one the ultimate Bauhaus live statement and an unrivalled highlight of this set.

Even on its original release, I wasn’t crazy about the editing of some of these tracks, the end of Rosegarden for example nor the occasional out of context running order (to a lesser degree), but given the incredible lift that this album now boasts even they can almost be forgiven. The clarity of the vocals and once again Kevin Haskin’s incredible intricate drum patterns, much of them lost in the original cut, are now brought back to life gloriously.

Dancing, an ever-popular live favourite, is faultlessly replicated here, as Ash switches from spitting piercing bullets of saxophone to razor-sharp chopping guitar chords with the blink of an eye…

A decelerated Man With X-Ray Eyes has Ash’s squealing guitar swathing left to right and back again throughout whilst Murphy’s vocal performance here is simply astonishing. Paving the way to arguably their finest moment, the seminal Bela Lugosi’s Dead exemplified in the opening sequence of Tony Scott’s stylish vampire flick The Hunger. This very version in fact…

Spy In The Cab opens side two and one is immediately captivated by the clarity of David J’s simply repeated one-note bass line, augmented by Haskin’s equally repetitive three beat drum pattern and with prodigious use of the soundboard faders, a simple but highly effective tool fashioned by their live sound engineer Peter ‘Plug’ Edwards, this remained an essential element of live Bauhaus. The notion of the original art school’s theory of less is more is never more evident here in this simplistic tale of the tachograph.

Bauhaus charge through fan favourites like Kick In The Eye with its funky bass line and scant fractured guitar chords, which now, thanks to this lustrous remaster, has Murphy’s congas’ battling alongside Haskins drums for supremacy during its refrain, lost once again in the original cut and In Fear Of Fear with Ash once more effortlessly employing his sax / guitar / sax switch to great effect,even his vocal “percussion” are crystal clear now. The haunting Hollow Hills brings back to life Ash’sinnovative playing; the drumstick lightly scraping the strings creating an amazing melancholic mood that perfectly captures the subject matter, the secret underworld of the Cornish hills. The set closes with two incredibly powerful numbers, Stigmata Martyr sees Murphy venting his spleen in

conjunction with the now customary finale of Dark Entries, which much like Rosegarden comes across much more powerful than its paler studio counterpart and more so here than ever before….Ash and J’s now much clearer backing vocals alongside Haskin’s racing drums bringing the track to its furious climax, even Murphy’s vocals never falter, still retaining the same energy and vitality he had employed as he delivered In The Flat Field at the very beginning of the record and finally the album’s canny title reveals itself during the hail of feedback from Dark Entries refrain; a security official demands a bootlegger recording his own version of the gig hand over the tape from his recorder “Press The Eject and Give Me The Tape….”