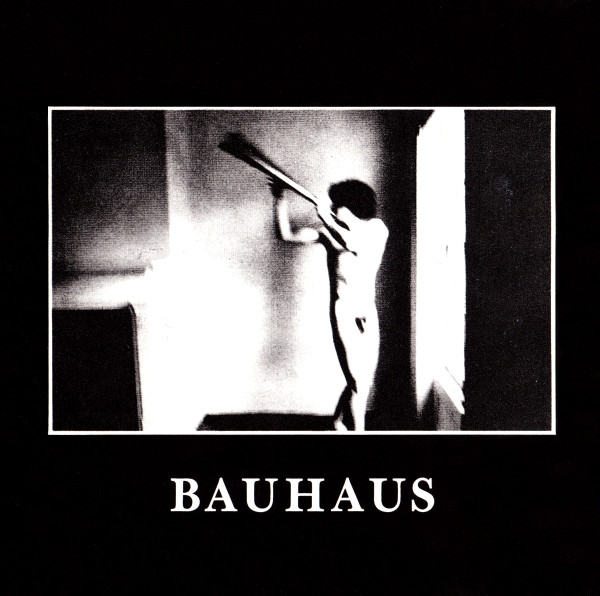 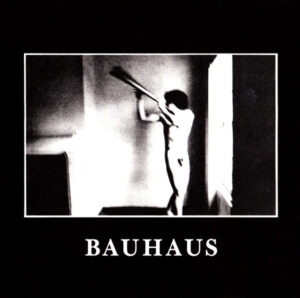 As Bauhaus’ debut album In the Flat Field turns 40, Louder Than War’s Banjo looks back at a game changing record and the beginning of a new genre of music.

The question of who was the first goth band is a contentious one and one that has cropped up in many a debate. Some would argue that the genre can be traced back to The Doors or even the Velvet Underground in the 60s, others would point to Tommy James’ Crimson and Clover in 1968.

Those who feel goth took root in the 70s may look to Joy Division or Siouxsie and the Banshees. But personally, the answer is straight forward and definitive. Goth started with Bauhaus.

To my mind, the 60s bands may have had some dark overtones to their songs now and then but that does not make them goth bands.

As for the 70s, speaking as someone who was there at the time, The Banshees embodied punk and post punk, at least until later in their career, while Joy Division only seemed to be called goth in retrospect. But Bauhaus were goth from their first release onwards.

That first release was Bela Lugosi’s Dead, an extraordinary, atmospheric, dub infused nine minute epic that was recorded as part of the band’s first demo and released as was by 4AD. The record was championed by John Peel, who also invited them into the BBC to record a session for his show.

Bauhaus also looked the part. Pete Murphy’s angular and malnourished good looks were complimented by Daniel Ash’s gothic glamour; drummer Kevin Hoskins looked attractively threatening, leaving David J as perhaps the odd one out in the image stakes with his gawky librarian chic. Ironic then that he was the member of the band most into the dark side of magik.

Their debut album, In the Flat Field, followed on the 3rd November 1980, and so celebrates its 40th birthday this very day.

My first proper exposure to Bauhaus came at the Futurama 3 Festival in the heady days of 1981. Even before their performance on the Sunday, I became aware of their popularity due to the number of leather jackets bearing their name, indicating a level of grass roots support that few bands enjoyed at that stage in their lifespan and that pointed to greater things in their near future.

Incidentally, the only other time I was aware of something like this was at Reading Festival in 1991, before their Nevermind album came out. There were so many Nirvana t-shirts on view at the festival, despite the band only being deemed worthy of a mid afternoon slot on the Friday. It was apparent that they were destined for bigger things just by using this strange barometer.

When Bauhaus took to the stage at Futurama they won me over instantly and completely. Pete Murphy was a superb frontman, using the stage as a performance area, presenting a spoken word play and stripping down to his skimpies and running across the stage like a spider, arms hooked under his knees. One thing that stood out in their set was Daniel Ash’s nonconformist approach to playing guitar, with long sections songs consisting of nothing more than Ash scraping his plectrum up and down his guitar or hitting the strings with a drum stick. It is no surprise that he was offered the job of guitarist with Siouxsie and the Banshees, and it is a measure of his commitment to Bauhaus that he turned it down.

Compared to most of the earnest indie bands on the bill, Bauhaus stood out like a bonfire due to their own sense of drama, their determination to be different and the sheer quality of their music.

As soon as possible on my return home I added In the Flat Field to my collection, where it became a record that has stayed by my side down the years.

In the Flat Field opens with Double Dare, which they took from their John Peel session. Despite multiple tries in a professional recording studio, the band couldn’t get the same sense of menace and tension than when they first recorded it. The song starts with David J’s heavily distorted bass, morphing into a riff about 30 seconds into the song before being joined by Kevin Haskins’ tribal drumming and Ash’s picked guitar put through an WEM Copicat tape delay. Murphy’s voice, deep and dramatic, fits perfectly with the theatre and intent of the song. It is perhaps overlooked, but in Bauhaus we had a superb set of musicians.

The album’s title track features more furious drumming from Haskins and some more inventive playing from Ash. Murphy’s lyrics were enigmatic and obscure, such as here where he sings “Into the chasm gaping we, mirrors multi reflecting this between spunk stained sheet and odorous whim” Perhaps he was toying with Burroughs’ cut up method of writing, where existing pieces of text were literally cut out and rearranged, to generate new meanings with their reordered pieces.

A God in an Alcove sees Ash move to an acoustic guitar, picking out a haunting almost spaghetti western riff before reverting to his Telecaster for a sharp, almost brittle sound. J’s bass carries much of the melody and provides some solid ground for Ash’s spectral guitar lines, buried quite low in the mix. Murphy seems to be channeling David Bowie in some of his vocal inflections, something he would return to several times over the group’s career.

Dive is a throwaway punkish song that clocks in at just over 2 minutes, but it provides great contrast for one of In the Flat Field’s undoubted highlights, The Spy in the Cab. A minimal repetitive drum beat works its way under the listener’s skin, aided and abetted by another trebly guitar line while Murphy sings a song ostensibly about Tachometers, but is really a paranoid tale looking at an early example of monitored behaviour.

Bauhaus ramp up the melodrama until the song fades out, leaving just the drum’s heartbeat playing us out. The effect is memorable and suitably gothic and again marked Bauhaus out as a band who created songs that were far away from the norm.

Next track Small Talk Stinks acts as a kind of palette cleanser after the high drama of the previous song, before the classic St Vitus Dance gives us another album peak. Ash mixes his guitar with a vocoder, but it is as far away from the traditional use of this effect as it is possible to get. The songs has an energy and, again, a great sense of drama and was a highlight of Bauhaus live shows, giving Murphy license to run riot across the stage.

Stigmata Martyr is another gem and demonstrates Bauhaus’ knack of writing catchy song parts using just a high-hat or a scraped guitar. Stigmata Martyr is goth par excellence, from the title to the lyrics to the overall sound.

In the wings, a generation of bands were taking inspiration from the music that Bauhaus made. Their underground popularity meant that Bauhaus inspired other bands to adopt and interpret their approach to writing gothic songs and dealing with dark imagery. Murphy repeating the Latin phrase “In nomine Patris et fillii et Spiritus Sancti” (“In the name of the Father, the Son and the Holy Spirit”) adds a touch of religious imagery that was again picked up by other bands.

In the Flat Field finishes with the extraordinary Nerves, a seven minute epic (quite something in the post punk days) that starts silently and builds with stabs of guitar, slashes of sound stretching anticipation to an almost unbearable degree before Daniel Ash’s guitar finally kicks in with the song’s main riff. Nerves is as beautiful as it is theatrical, a masterclass in atmosphere.

One thing that is obvious from listening to this album is that the member of Bauhaus are quite prepared to bow out of a song if that is what it needs, without the ego driven demand of diva musicians to appear as much as possible across all compositions. Nerves has just drums and a few notes of a dampened piano to carry it for most of the verses. The guitar, when it comes in, has the effect of a light being switched on in a darked room, a sudden burst of light and colour.

Nerves moves to a close with Murphy screaming “Nerves like nylon, nerves like steel” as the songs speeds up to a climax before an abrupt ending, with all the momentum that the song and the album has built up suddenly coming to a dead stop. A masterful touch in an album that has focused so much on atmosphere.

Going through an album such as In the Flat Field track by track like this does not really do it justice, it is a record that is more than the sum of its parts, where Bauhaus manage to combine their interests, influences and abilities to conjure a whole new genre out of thin air. It is quite simply a stunning album that still packs a visceral thrill even as it hits it 40th birthday.

Whether you agree with this being the first Goth album or not, In the Flat Field is a landmark in the development of music in the post punk aftermath and much of what was to come owes it a dark debt of gratitude, even as it stood in is shadow.

In the Flat Field can be bought at Sister Ray by clicking here.