The ultimate goth pioneers and purveyors of their own brand of dark, esoteric and ground-breaking alternative rock, Bauhaus, surprised us all with the release of their new single, Drink The New Wine, their first new music since the Go Away White album in 2008. As a long-term passionate fan right from their very early days, Ian Corbridge offers his own perspective on the new single for Louder Than War, but still cannot decide whether this is their last calling card or indeed yet another new beginning.

So Bauhaus have released a new song, born out of exceptional times. Am I surprised? Well in one sense yes most definitely, but in another why should I be surprised about anything Bauhaus do! I have followed their journey closely and passionately for 42 years ever since that magnificent night in May 1980 when they stormed into my life through their support set for Magazine. Yes, one of those life changing moments for sure. And I followed their dramatic and very quick evolution through those very early years, both in terms of their incendiary live performances which never ever failed to thrill, excite and challenge the senses, as well as their recorded output which from the very first bars of Bela Lugosi’s Dead sought to push sonic boundaries to their limits and well beyond.

For sure they dabbled in the dark and the occult and quite often the bizarre, but always in a way that entertained and left you challenged and wanting more, as well as looking forward to their next barrier crunching musings. Without question, the four members are great talents in their own right, but collectively they comprise a force which is much greater than the sum of their individual parts. That, I have no doubt, will always be the case for Bauhaus.

As for Drink The New Wine, this fits in very much with all that has gone before whilst also seeks to challenge yet new boundaries. Without question, it is fractured, mystifying, dark and completely off the wall but somehow has that compulsive quality that makes you to want to listen again and see what you might have missed. The song takes its title from the very first “exquisite corpse” artwork in 1925 with Surrealist artists sharing individual parts for one collaborative work. But whether there is any deeper meaning in this title I really am not sure – the start of a new chapter or the final closure of the old, or maybe both?

The whole structure of the song and the way it was put together aligns with some of their experimentation dating back to the latter days of the inaugural period of their existence so should come as no surprise. It was put together by sharing audio files without hearing what their bandmates had recorded, aligning with that Surrealist “exquisite corpse” methodology.

Bauhaus have always been about expression and art and have never really sought commercial approval in the usual sense, albeit with minor exceptions. Moreover, there is little need for the band to crave or search for a brand-new audience. Whether they achieve this through this new song, only time will tell.

When I first played it through, I was not sure I was ready for this. But the more I have heard it the more I feel that I am. It may not be fully formed and on some levels may not even work, but then on other levels it most certainly does. And perhaps it raises more questions than provides any answers, which again is not uncommon for Bauhaus. 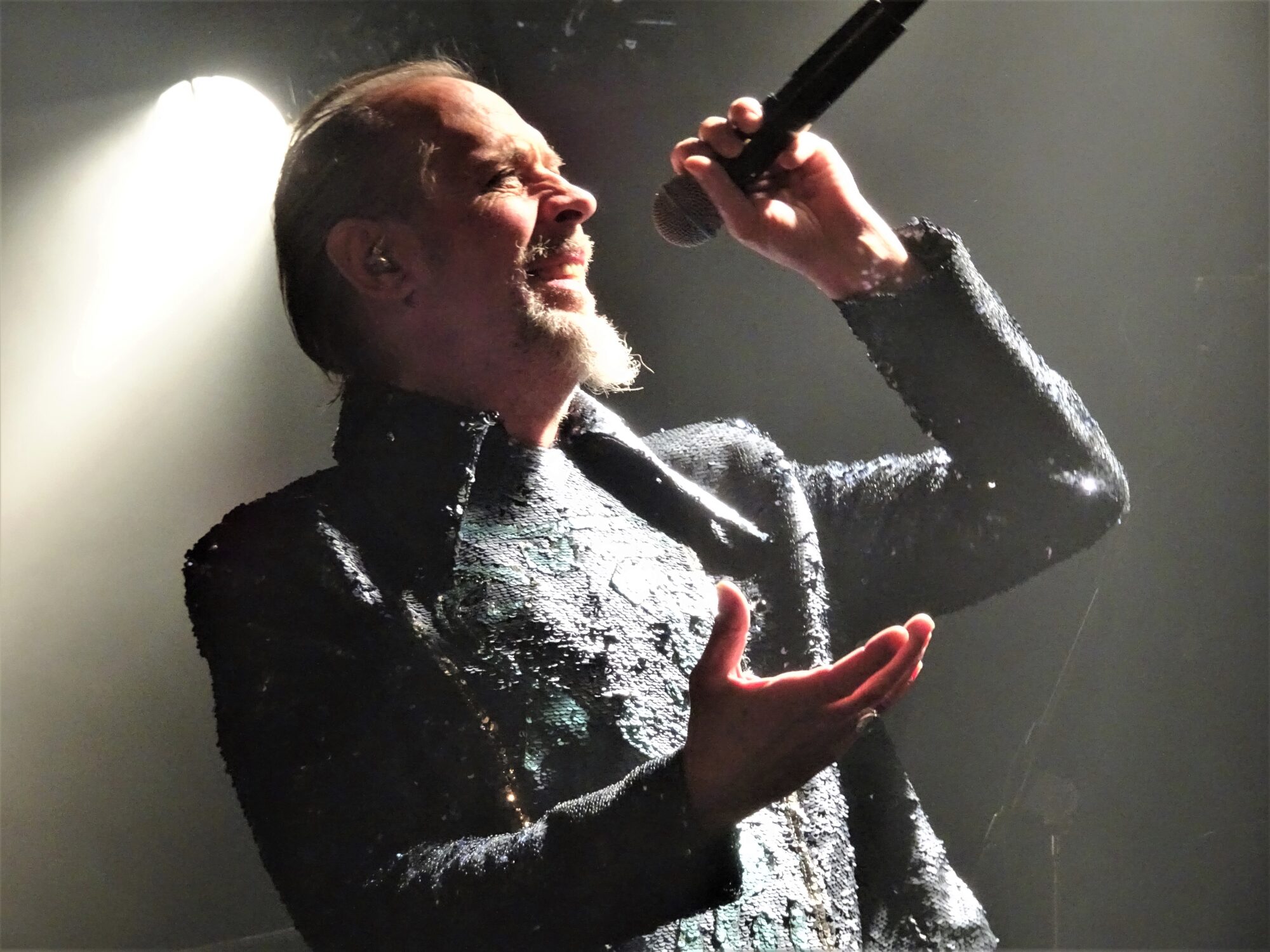 The band clearly have no fear of degrading their magnificent legacy and there is no question that it does not do this. Ultimately history may prove that it actually served to enhance this legacy. Right now, what it may do is entice some of the more uninitiated to delve back into the archives to see where all this came from and that would be a big positive.

More than anything I found a certain joy coming out of this song from the fact that it has proved the catalyst to bring their creative forces together once more and the potential impact of that cannot be underestimated by those of us who have loved Bauhaus for such a long time. Whether this proves to be their final swan song, born out of the sheer frustrations that lockdown brought to us all, but especially those in the entertainment industry whose livelihoods were put on hold for such a long period of time, remains to be seen.

David J’s final words in the song “not building a wall, but making a brick” could be interpreted as suggesting that this may be that brick and there will be no wall of further songs. Or perhaps I am missing the whole point. But I just hope that this proves to be the spark to re-ignite the fire that lies within this powerful collective force and ultimately result in further creativity and output.

Whatever you do, never underestimate the excitement this song is currently generating amongst the bands ever loyal fanbase, myself included. May the force be with the undead………….

All words and photo by Ian Corbridge. You can find more of his writing at his author profile.