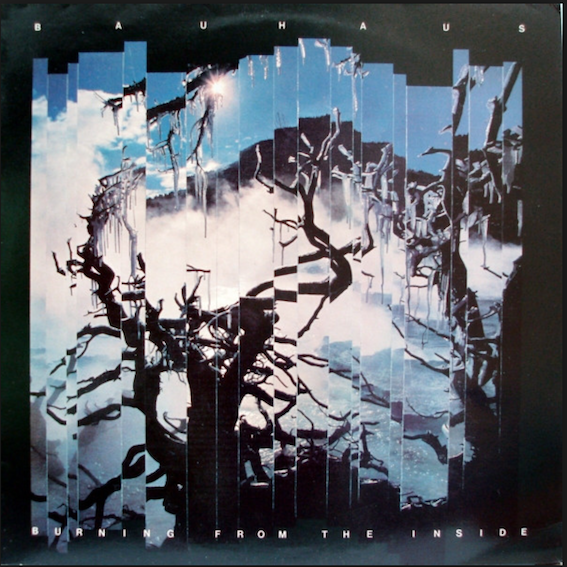 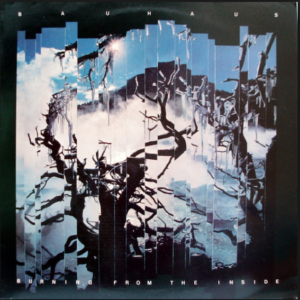 BURNING FROM THE INSIDE (RUBY edition)

“Happy days are here again” and Indeed they are, She’s In Parties was such a great single, and its brought back to life here with all the vigour and vitality of that very first entrance, all the essential Bauhaus elements are here, present and correct; the hypnotic fretless bass line, the swathing guitars, Kevin’s once again vastly underrated drum patterns and now his oh-so-audible percussion and fused with a mighty fine Peter Murphy vocal. An essential ingredient of Love and Rockets early sound was the harmonised vocals of David J and Daniel Ash, relegated somewhat here as backing but even so that soon-to-be element is ever so present here.

Whilst a great, energetic live number, and much like Dark Entries before it, I always found Antonin Artaud suffered in the studio, lacking something, drive, authority, I’m not sure what it was but suddenly 35 years later it’s morphed into an incredible, manic bass driven number that is the absolute highlight of this remaster without question. Flabbergasted.

Kevin’s toying of the wasp synthesiser paves the way to an incredible King Volcano, the once lacklustre chorus vocals can now easily be distinguished as individual voices fight to be heard, duelling against a remarkable looped piano run, strings, and dare I say a very un-Bauhaus tambourine!, Peterwins hands down by the way….

Who Killed Mister Moonlight? I guess we all played a part in this to some degree, but David’ssignature tune is replenished here with such verve, Daniel’s saxophone sparkles amongst those five magnetic recurring piano notes, drifting in and out for the duration of the song, but it’s actually Pete Murphy’s exquisite ethereal backing vocals that really take this song somewhere else, he was always there of course, (despite what you may have read at the time) but now he’s really here together with some great quirky little electronic motifs, another highlight.

Daniel Ash opens side two as he takes the lead vocal for Slice Of Life and 35 years on this still sounds like a Tones On Tail song the only difference now is David’s backing vocals are much more evident, lost somewhat in the previous cut (incidentally, and again despite what you may have read to the contrary, this one is the only track on this album that Peter Murphy does not actually appear on – fact)

Resurrected from a dusty old bottom drawer (the very same drawer that contained In The Night) comes an incredible Honeymoon Croon, an essential if somewhat neglected key Bauhaus number, this one could sit neatly on In The Flat Field, as it could on Mask without feeling out of place on either. Lifted here by the fabulous Hammond, an incredible Peter Murphy lead (and backing) vocal with the now obligatory trademark bass hook (a notable dominant instrument on this remaster) and another intricate Kevin Haskins drum pattern makes this one another highlight of this record, promoted from (arguably) filler status during its original outing to its new found prominence, a pinnacle track.

A now clear audible backing vocal tease the lead into life on Kingdom’s Coming, It’s very interesting to hear the clashing of vocals actually, Murphy’s lead against a contrast of Ash’s (not quite) backing in this far-too-short number, there’s actually far more layers and textures going on here this time around than first delighted the ear…

An simple but highly effective repeated stringed riff courtesy of Daniel (who is unmistakably the domineering force of this, the title track) sets a pace that never falters throughout its full nine minutes, The funk fused guitar of the chorus is at times overshadowed somewhat by David’s deep-rooted singular bass notes, which actually serve to create a maelstrom of noise in classic Bauhaus style, all the while the initial strings of that opening melody play sporadically throughout, what is apparent though here in this newly minted reprint is an atmospheric low drone that takes on a new resonance as the backbone of the track whilst Ash wraps fragmented, splintered guitar around it. David’s unassuming bass lines drive the track to its conclusion and kill it dead with an equally effective slide down the neck, much more prevalent now than ever before.

A sparring of guitars from both Murphy and Ash open (and close) this most un-Bauhaus of Bauhaus numbers, the sublime Hope with its expertly mixed chorus vocal (akin to King Volcano) and repeating lyrical phrase makes this one a stand-alone number and whilst Murphy was undoubtedly the prevailing voice on King Volcano it’s Ash that wins this battle…picking out individual voices was always difficult during Burning From The Inside’s initial excursion due in large to the aforementioned craftsmanship of engineers Derek Tompkins and Ted Sharpe but somehow, and this could simply be ones ears playing tricks, it seems much easier now…see what you think.