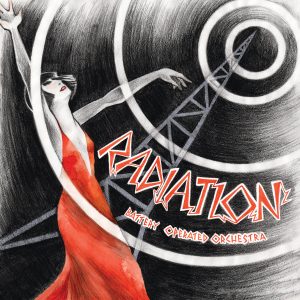 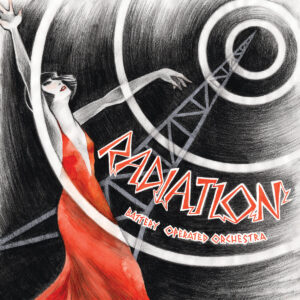 For those of us who were around in the early 80s and witnessed the synthpop explosion, the current re-forming and re-releasing of the bands from that era proves to be something slightly more than nostalgic. As the 80s progressed, so did the sound of electro and it took on a slightly less commercial feel and took on an alternative slant. Battery Operated Orchestra (BOO to their friends) seem to have encapsulated both.

What they offer is some bouncy, catchy synthpop of the highest order. Highly charged electronica with incredibly addictive melodies combine with crystal clear vocals courtesy of Brigitte Rose and Chris Black to make perhaps one of the year’s most enjoyable albums.

Think more Yellow Magic Orchestra than Kraftwerk, think fellow male/female duo Feral Five for further proof that good, well-constructed songs are not dead. Radiation contains ten tracks – all killer no filler – which given the right opportunities could see them appearing on a radio station near you soon.

Grey Room is like a mix of La Roux and Ting Tings with added 8-bit Nintendo blips, and The Sea has hints of the B52s (Rock Lobster) craziness as it weaves into your head not wanting to let go. It is those slightly off the wall comparisons that make Radiation the success that it is.

The truth is, that Radiation wouldn’t have fit in amongst the pop of the 80s, it’s far more intelligent than that. Less throwaway as it tackles themes of mind control, sex and broadcasting and all with a highly infectious backbeat. It isn’t a classic album, but it is certainly one which deserves a listen or three and proves that BOO will be around for a while to come. If they continue to make albums of this quality then who knows where it may lead.

Radiation is a well thought out album. Tracks lead perfectly into each other as the hypnotic I Go Invisible proves as it offers a little respite before current single Diamond Feelings steams into view as a perfectly constructed pop song. From an immediate percussive pound, through subtle instrumentation to a full on chorus, it just won’t let go and will remain with you for several hours after listening.

For fans of great alternative pop, this is an album for you. BOO will win you over with their clever wordplay and contagious tunes.